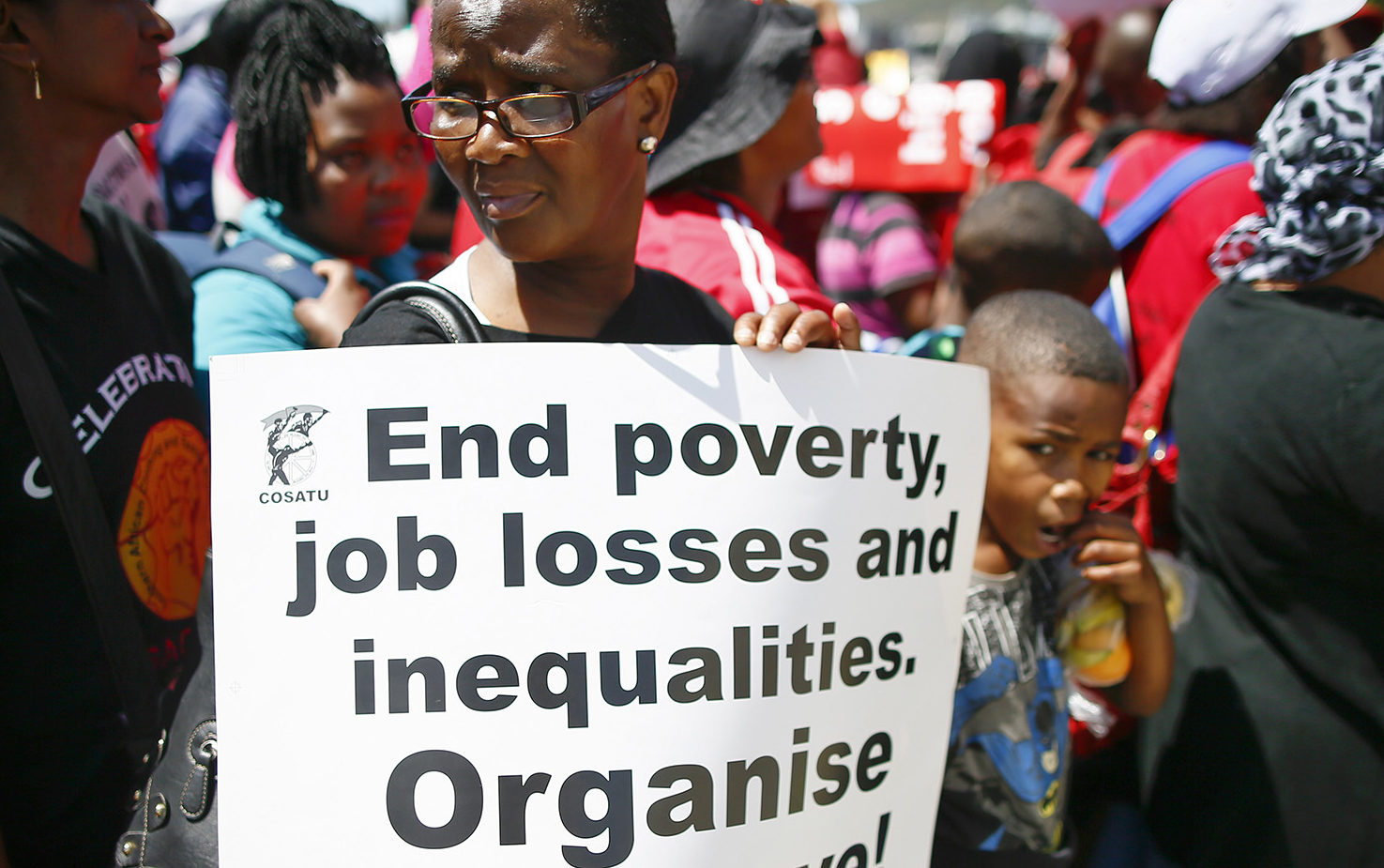 (Bloomberg) --South Africa’s government is holding firm in a pay dispute with labor unions that represent more than 1.2 million workers, denying them promised increases as it seeks to rein in spending and resuscitate an economy battered by the coronavirus pandemic.

Taking a hard line with the labor groups is a risky move for President Cyril Ramaphosa, a former union leader who relied on their backing to win control of the ruling party in late 2017 and needs them to canvass for votes in next year’s municipal elections.

Under an accord agreed in 2018, state workers were granted raises of as much as 1 percentage point more than the consumer inflation rate this financial year. In February, the government said raises would be limited to 1.5%, and last month it announced pay would be pegged at prevailing rates. Salaries usually go up in April, with the first batch of workers paid mid-month.

“There is no adjustment. No one got any salary increase,” Ruben Maleka, spokesman for the Public Servants Association, which represents more than 240,000 public servants, said by phone on Wednesday. The union will file a lawsuit in the Labor Court to try and force the government to implement the original pay accord, he said.

The way the government has handled the pay talks is “unacceptable” and will strain its relations with the unions, said Sizwe Pamla, a spokesman for the Congress of South African Trade Unions, the largest labor group and a member of the ruling alliance.

For now, Cosatu unions have declared a dispute with the state in the Public Service Bargaining Council, and will let that process run its course before deciding on further action, according to Pamla. The PSA isn’t part of Cosatu, and its lawsuit will run in parallel to talks in the council.

Vukani Mbhele, a spokesman for Public Service and Administration Minister Senzo Mchunu, said the government would abide by the arbitration process. He declined to comment further.

Civil servants last staged a strike in 2010 that dragged on for three weeks before they were awarded an inflation-beating 7.5% raise.

Ramaphosa’s administration has little room to maneuver this time around — its debt had grown to unsustainable levels even before a five-week shutdown ordered to curb the spread of the coronavirus decimated growth and tax revenue. The central bank expects the economy to contract 6.1% this year.

The dire state of the government’s finances was evidenced by its notification Tuesday that it will suspend all further funding to state-owned South African Airways, which has been placed in a local form of bankruptcy protection. The move risks driving the state carrier into liquidation, and will further alienate unions who’ve been pressuring the government to keep it flying and save jobs.