Mike Auret (1936 – 2020): A lifelong campaigner to reveal the truth about Zimbabwe’s independence 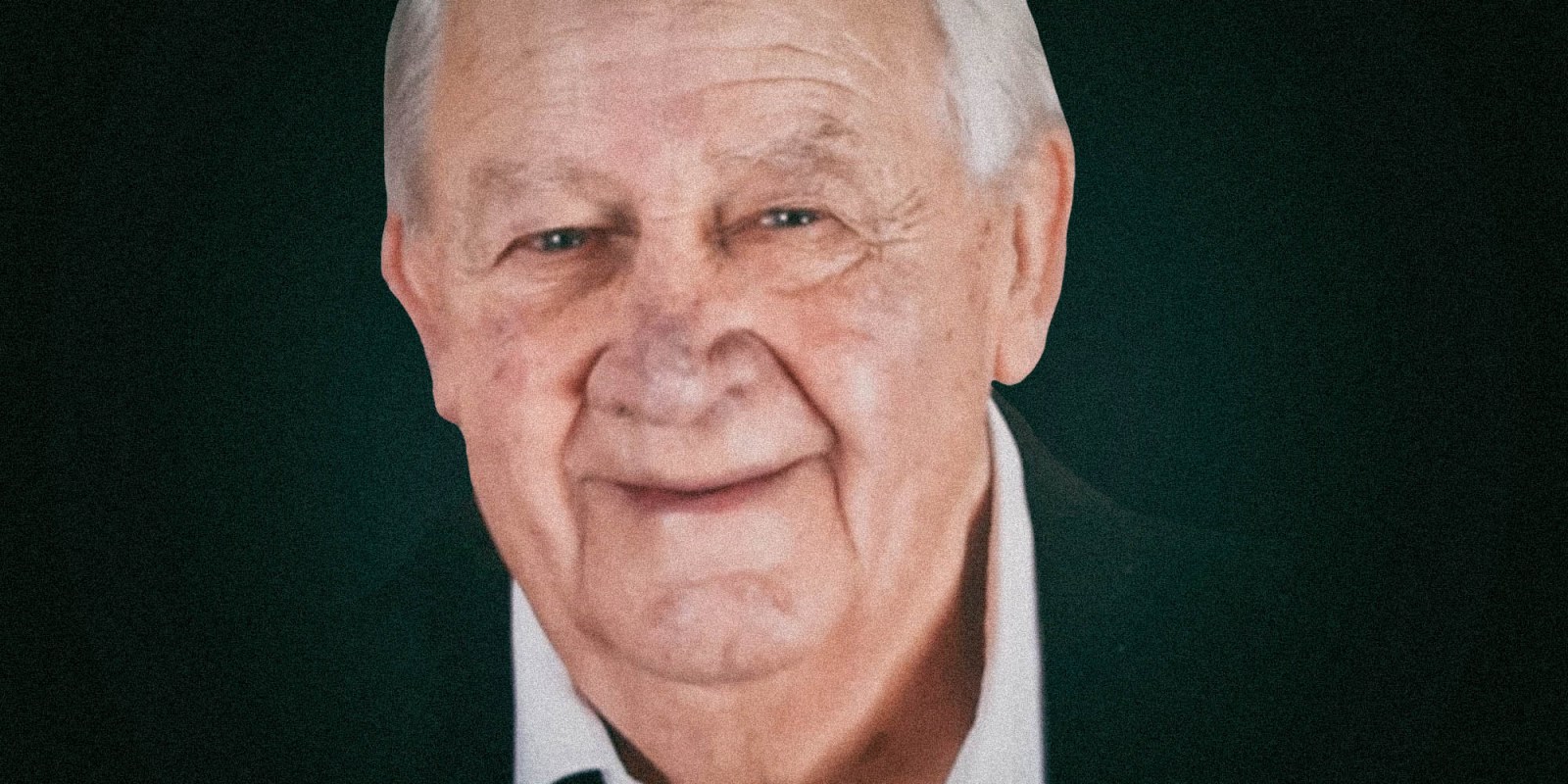 He wrote a book about Robert Mugabe, ‘From Liberator to Dictator’, in which he said he was captivated by Mugabe and his reconciliation speech... but that he had made a grave error of judgment.

Mike Auret, a soldier and a farmer, whose Catholic faith drove him to oppose injustices in Ian Smith’s Rhodesia and later Robert Mugabe’s government, has died in Ireland aged 84.

He sought counsel from the Catholics when he witnessed the cruelty of Rhodesian security forces, which prompted him to start working for The Catholic Commission for Justice and Peace in Rhodesia (CCJP), which was the only human rights organisation of that time.

The CCJP, under Bishop Donal Lamont, had previously produced a small, but significant book, The Man in the Middle, the first exposé of Rhodesia’s unjust laws.

Auret was himself, in many ways, a man in the middle, both in Rhodesia and later on, in Zimbabwe.

The CCJP also attended to the needs of political prisoners like Mugabe and others held in remote detention centres. Most prisoners and detainees were behind bars for their involvement in promoting or taking part in the war against white rule.

The CCJP was also under constant surveillance by Rhodesian intelligence.

Within three years of the first democratic elections, Auret would, with a heavy heart, play a major role to try and stop the slaughter of thousands of opposition supporters by Mugabe’s brigade of North Korean-trained soldiers.

Michael Theodore Hayes Auret was born in Rhodesia and his family, descendants of Huguenot settlers who trekked north from South Africa, lived and farmed in the eastern part of Southern Rhodesia.

He attended the Dominican Convent in Umtali, near the border with Mozambique and then St George’s College, run by the Jesuits, in the capital, Salisbury, and where his father was a founding pupil in 1898.

He had intended to become a priest when he left school, but that was before he met and married Diana Doherty, who would spend much of her life working within the Catholic Church.

He signed up for the Central African Federation’s army and moved to Ndola in Northern Rhodesia, and with the dissolution of the Federation in 1963, he returned home.

Southern Rhodesia did not get independence with the end of the Federation as the UK would not condone independence until it moved towards multi-racial rule.

When Auret returned home, he took up a post with the small Southern Rhodesian army but resigned on the eve of Prime Minister Ian Smith’s 1965 Unilateral Declaration of Independence.

He went on to manage a 27,000 acre cattle farm nearly 200km south-west of second city, Bulawayo.

Ahead of a referendum, he campaigned hard to persuade voters not to support Smith’s view that Rhodesia should cut its last ties with the UK and become a republic.

Voters overwhelmingly supported Smith and Rhodesia became a republic in 1970.

As the civil war intensified and white farmers became targets, some in the intelligence community became suspicious of Auret when guerrillas left him a note after they burned down his farm manager’s house.

The note said they appreciated that Auret was not a racist which was why, they wrote, they had not destroyed his farm equipment.

Auret believed this was why the Rhodesians detained and tortured two of his senior farmworkers.

There were many atrocities by all sides in the war and more than half the white population emigrated while Auret, uneasy within the farming community, sought counsel and comfort from the Catholic Church and decided to leave the farm.

He began working at the CCJP, which was under constant surveillance by the Rhodesians.

As Rhodesia began to endure shocking casualties in the widening war, there was pressure from the army for older men to do call-ups.

Auret was with two Bishops from Rhodesia meeting Pope John Paul 11 in Rome when his call-up papers arrived at his home in Salisbury and senior Catholics advised him not to return.

His family quietly and quickly packed up, and they were eventually granted refugee status in the UK.

He took on part-time jobs to support his family, but also joined a delegation of Rhodesians who went to the United States looking for help to get peace talks on the road.

Later that year – 1979 – Margaret Thatcher’s foreign secretary, Peter Carrington launched negotiations at Lancaster House, and just three months later, a ceasefire and a constitution were agreed between Smith’s by then multiracial cabinet and exiled leaders Mugabe and Joshua Nkomo.

In the transition towards elections, Rhodesia was governed by Lord Christopher Soames.

He became director of the CCJP when some former Rhodesian soldiers assisted by South Africa launched many attacks against Zimbabwe.

Mugabe said he had become a Marxist during the war and was determined to create a one-party state, which was blocked in parliament by Nkomo’s Zimbabwe Africa People’s Union, ZAPU.

Reports then filtered in of mass killings and the detention of opposition leaders in remote rural areas where ZAPU was strong. Many former ZAPU guerrillas were denied posts in the new national army and some of them lashed out and caused unrest.

Auret arranged for Swiss-born Archbishop Heinrich Karlen, from Bulawayo, to meet Mugabe, who told him: “Your own soldiers are saying, ‘We are sent by Mugabe to kill.’”

The curfew was lifted and violence did reduce, for a while. Some years later, Mugabe commented that these atrocities which permanently stained his reputation were “a moment of madness”.

Archbishop Karlen was relieved when Mugabe appointed a commission of inquiry and he gave evidence using the mass of information he had collected.

The commission completed its work in 1984, but Mugabe withheld its findings.

The Legal Resources Foundation, a non-governmental organisation, went to court seeking its release, but its application was refused.

With no public document to record this tragedy, Auret ensured the CCJP and the Legal Resources Foundation would take part in complex investigations into the violence and the enmity between Mugabe’s supporters and those loyal to Nkomo.

State intelligence agents hindered this work at every level, and investigators were hampered by a lack of resources and survivors were fearful. Some victims had fled to South Africa and so their evidence was not captured.

Eventually, CCJP and Legal Resources produced a detailed report – “Breaking the Silence.” There were estimates that about 20,000 were killed – or disappeared and fled the country – from late 1982. Exhausted and to save lives, Nkomo went into a unity government with Mugabe in 1987.

When Auret’s CCJP launched Breaking the Silence, only Archbishop Karlen and one other senior Catholic endorsed its publication.

The first black Archbishop, Patrick Chakaipa, who had recently married Mugabe to Grace, a former state house divorcee, ignored the report and so it was largely unseen in Zimbabwe at that time.

The manuscript was sent to South Africa where it was reported in the Mail & Guardian newspaper which also produced it online.

Auret, an ebullient, gregarious man, left the CCJP and in 2000 successfully stood in elections for the new political party, the Movement for Democratic Change, MDC.

Two years later and after considerable Zanu-PF violence against the MDC – which had its own internal divisions – Auret decided to leave his home, Zimbabwe, and went to Ireland where he settled happily in County Offaly.

“I didn’t take in that he (Mugabe) was a committed Marxist and that he wanted a one-party state,” he told a meeting on Zimbabwe in London in 2007.

“He invited ZAPU to join him and they refused. There was then only one way to get rid of the opposition and that’s what he did with the Fifth Brigade.”

He wrote a book about Mugabe, From Liberator to Dictator (David Philip, 2009) in which he said he was, to begin with, captivated by Mugabe and his reconciliation speech at independence, but that he had made a grave error of judgment.