Finding money to fight Covid-19: Transparency and participation are the bottom-lines 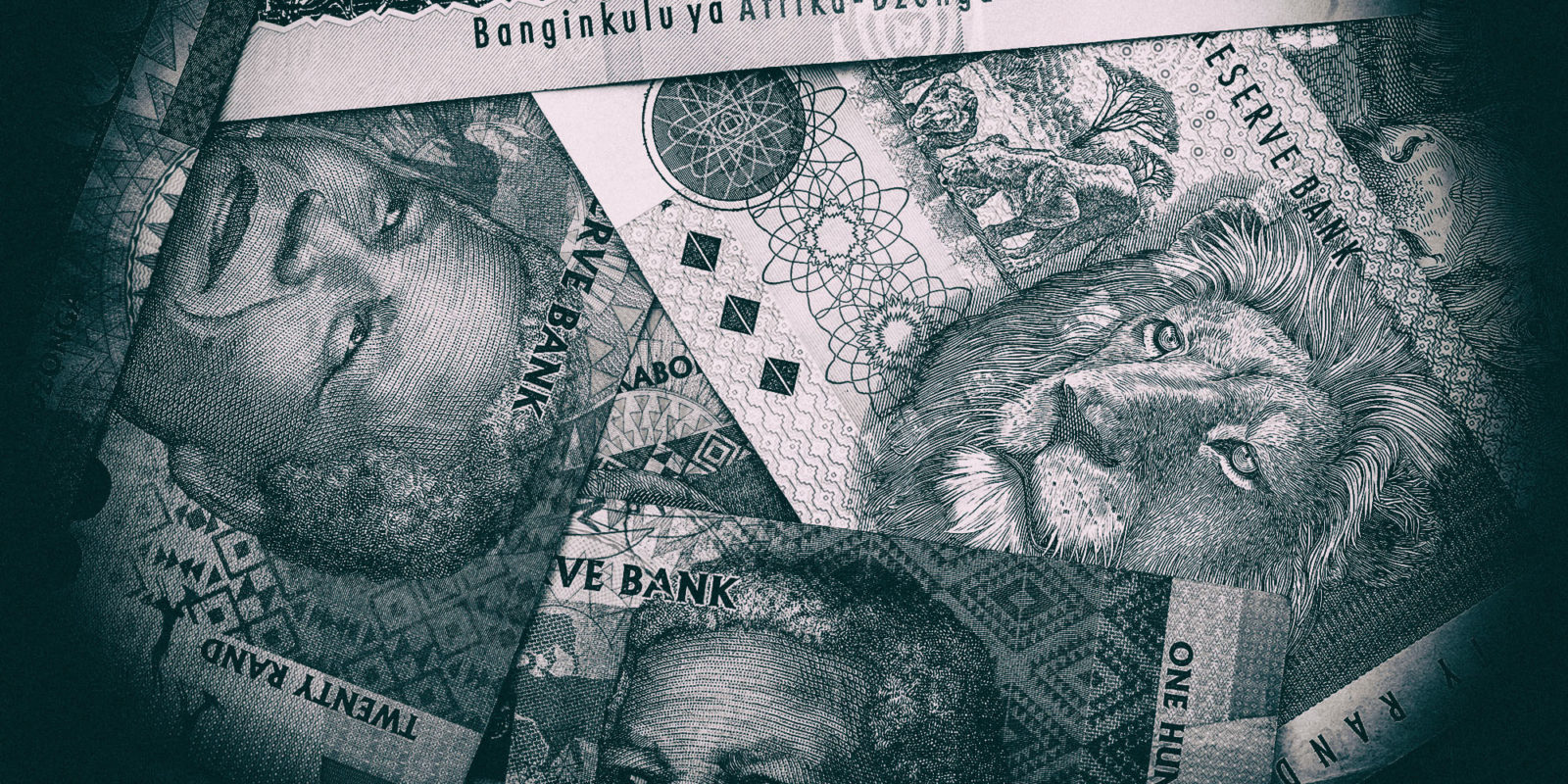 The questions on everyone’s lips are, “Where is the money to fight Covid-19 coming from?” and “How will it be spent?”

The Budget Justice Coalition (BJC) welcomes the rapid and decisive measures put in place by the government to combat the spread of Covid-19. If it weren’t for these efforts, our pandemic trajectory would have been significantly more severe than it has been to date.

While the public health sector is to be celebrated for its transparency and clear communication during this period, the attempts by Treasury to foster participation in decision-making processes about public finances and the disaster response have been very limited.

Civil society and economists have called for a pro-poor fiscal stimulus to weather this storm, but little has been said about the democratic principles of budget transparency and participation during this period.

The BJC wrote to the National Treasury on 9 April asking a number of questions about the  role of civil society, transparency and public participation in decision-making processes on the impact of Covid-19 on public finances. To date, we have received no response.

Treasury’s closed media briefing on 14 April didn’t answer the majority of our questions. Since the BJC was not given access to the briefing, we did not have the opportunity to put our questions directly to the minister and his team.

We recognise that ensuring space for public engagement in a disaster is difficult, but transparency remains a constitutional imperative. Transparency in and of itself fosters public engagement “outside the room” while channels of participation are established. While public participation may not be reasonably possible during this period, in the meantime, we need to see a commitment to establishing the conditions where it will become possible by laying the groundwork through comprehensive reporting mechanisms, civil society engagement and transparency.

To date, the Treasury has provided opportunities for public input into the tax relief proposals, an extension of the period for public comment on two draft Bills relating to municipal fiscal powers, input on public procurement, and a single closed media briefing which — unlike those of other departments — was not broadcast live. Access to this media briefing was not provided to the general public or even to civic organisations that requested access.

Blocking civil society engagement demonstrates, in our view, insufficient commitment to transparency and public participation. BJC believes the national crisis created by Covid-19 offers a unique opportunity to invite civic voices into the Budget process — to share critical information from the ground and present new ideas to government before things get set in stone.

We believe the national Treasury can and must do more to ensure a diversity of voices are heard and heeded during this period.

Legally speaking, the Disaster Management Act which governs much of the response to Covid-19 mandates some level of reporting on state spending, but BJC believes this is inadequate to foster real transparency and democracy in a time of disaster.

The South African Constitution promotes public participation, transparency and accountability. In Brummer v Minister for Social Development (2009) the Constitutional Court said that “To give effect to [the] founding values [of our democracy], the public must have access to information held by the state. Indeed one of the basic values and principles governing public administration is transparency. And the Constitution demands that transparency must be fostered by providing the public with timely, accessible and accurate information.” We need to harness this democratic tradition now, even in a context of disaster.

On the question of transparency, what standards are being applied regarding what information regarding financing the Covid-19 response is made available, and when and to whom is it made available? Genuine participation requires timeous access to information on proposals that are being considered prior to decision-making and implementation as far as possible.

BJC is also concerned about the role of Parliament in this crisis. While the legislatures are in recess, what other avenues for public participation and oversight are available regarding public finance decisions during the state of disaster?

There is no doubt some of the costs of Covid-19 will be carried by the public purse and this will have implications for public finances for years to come.

Different sources of public finance require differing levels of oversight by the legislature according to the Constitution. The National Contingency reserve fund and existing budgets of departments legally require oversight from the legislatures. However, the proportions of financing coming from these sources has not been made clear.

What’s more, the annual Budget, including the Appropriations Act and the Division of Revenue Bill (DoRB), have not yet been passed by Parliament. We anticipate that both of these and the Fiscal Framework that was passed on 11 March 2020 will need significant amendments in order to incorporate the consequences of the disaster in the 2020/21 financial year and beyond. The timeframes in which the appropriations Bills are usually finalised (usually July every year) mean that if Parliament returns to work on the week of 14 April there should be sufficient time to address amendments to the Bill on the basis of the Covid-19 response.

If Parliament does not reconvene during the lockdown it will create many issues, including some relating to the Budget process. We have asked Parliament for clarity on these questions. The fact that the DoRB must still be processed through the National Council of Provinces should allow space for any amendments to be made at that stage before going back to the National Assembly for finalisation.

In the media briefing on Tuesday, Treasury announced that Budget revisions will be introduced to ensure that enough resources are allocated to health and that reallocations may take place.

What type of public participation processes will be built into that process? For example, if the Budget is to be significantly re-prioritised, will people working on the front lines of service delivery in social services, education and healthcare be given a chance to make inputs? Similarly, if emergency procurement is taking place, transparency will act as a bulwark against abuse of procurement regulations.

BJC urges the government to ensure that it does not pay lip-service to public participation. Meaningful participation and oversight will make our health system — and our society — more robust and just, and capacitated to face future challenges.

Treasury’s request for comment on the Covid-19 draft tax Bills is an encouraging start to public participation during the disaster. But such opportunities must be expanded. The Treasury published draft Disaster Management Tax Relief Bills on 1 April and opened them up for comment until 15 April. But the Treasury has also indicated the Bills will be implemented as of 1 April 2020 and retrospectively enacted once Parliament reconvenes.

On the one hand, this move demonstrates how the Treasury is attempting to balance the need for public participation with the imperative to act quickly to respond to the disaster. But, on the other hand, what impact can public comment collected between 1 and 15 April have if the Treasury has already announced implementation from 1 April? The fact that most of the provisions of the Bills are only proposed for a five-month period to the end of July 2020 also suggests that the associated parliamentary processes will be no more than a rubber stamping exercise.

It is important to note that this is not unusual for Treasury: public participation processes on the Budget — even in Parliament — are generally conducted after the fact rather than at the decision-making stages of the Budget process.

A similar process was followed for the 2018 VAT hike, for example. This has been reported to the Treasury many times through the Open Budget Index, where SA scores highly with regard to transparency, but very low in terms of public participation.

Other sources of funding for the COVID-19 response

What are the requirements for oversight and public input into the use of donor money (particularly through the Solidarity Fund), the seeking of international loans (including from finance institutions such as the International Monetary Fund, World Bank and New Development Bank), and on the domestic front, from the Unemployment Insurance Fund, among other sources?

We hear through the media that the Treasury is seeking $60 million from the World Bank. Civil society needs clarity on this and a chance to input.

BJC reiterates previously expressed concerns about conversations with the private sector and international finance which happen behind closed doors and yet potentially impact on budget decisions.

BJC believes the conditions of donor or international loan funding must be reported publicly to ensure transparency. The minister alluded to data that is being used by the Treasury, and its own modelling exercises, but these need to be made public. South Africa is a founding member of the Open Budget Partnership and BJC believes public access to this data should be granted.

We recognise that this situation is evolving rapidly and call for as much transparency as is reasonably possible given the extraordinary nature of the Covid-19 pandemic.

BJC  acknowledges that a post-Covid-19 relief plan will need to be developed in the time we have bought by initiating a nationwide lockdown. BJC looks forward to opportunities for civic organisations to engage with the Presidency and Treasury in this regard. DM/MC

About the BUDGET JUSTICE COALITION: