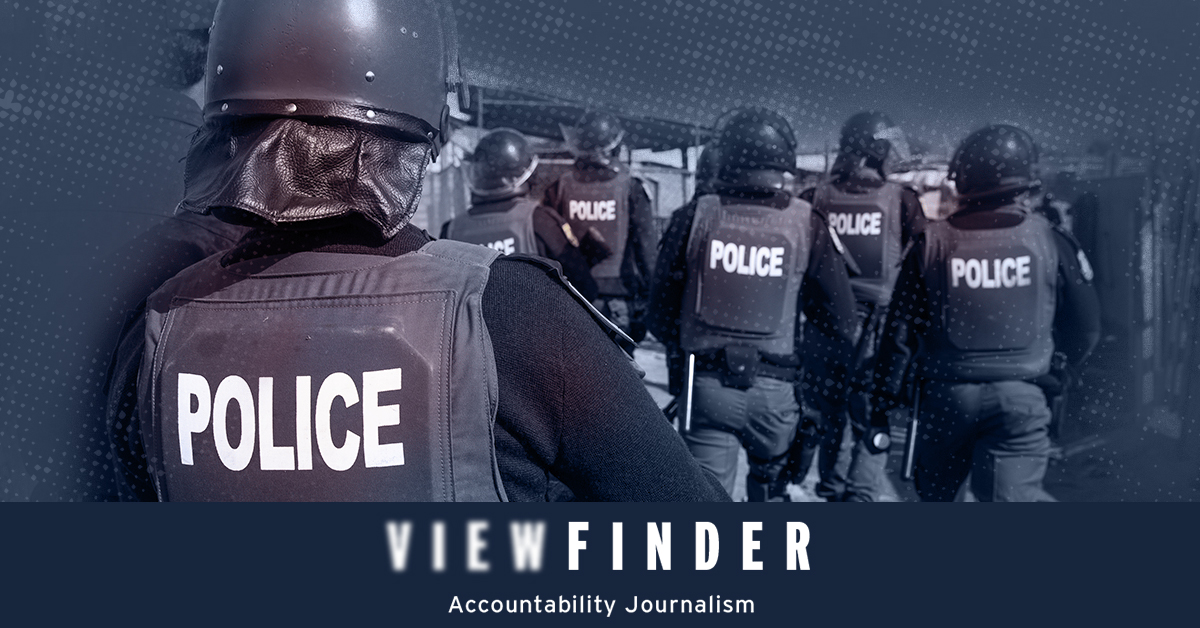 An investigation into official complaints against police officers reveals a staggering range of alleged wrongdoing — most of which never gets to court and goes unpunished. By Daneel Knoetze.

Three officers from the Tshwane Metro Police Department (TMPD) were recently arrested for extorting a bribe from a motorist in Pretoria. The officers apparently told the man, a foreign national, that “he was not allowed to drive around during the lockdown” and threatened to impound his vehicle if he did not pay them R7,000.

The officers followed the man home to Bronkhorstspruit, a journey of roughly 50km, where they settled on a bribe of R3,500. But other police were tipped off and arrested the officers at a petrol station later that day.

During lockdown enforcement, police officers have wide discretion to interpret whether members of the public are flouting the regulations or not. Many reports of police assaults over the past few weeks have exposed abuses of this discretion in a country where police brutality is endemic.

Extortion and bribery cases accounted for two thirds of the 597 police corruption cases registered with the Independent Police Investigative Directorate (IPID) between April 2014 and March 2019. Gauteng and KwaZulu-Natal were the worst affected. Almost none of the officers accused in these cases were – or are likely to be – held accountable.

Viewfinder perused a random sample of 100 of these cases registered with IPID. We found that the majority related to police soliciting bribes from members of the public to avoid arrest, to be freed from detention, or to have criminal charges against them dropped.

In our sample, many cases related to on-the-spot extortion during the policing of non-violent crimes – a category which now includes most lockdown contraventions.

The sample contained 10 cases where people suspected of driving under the influence of alcohol were asked to pay a bribe to avoid arrest or prosecution. Amounts allegedly asked for by officers were generally between R1,000 and R3,500. But, as in the Bronkhorstspruit case, the police were often willing to negotiate downwards.

In an incident from April 2018, on a road south of Mahikeng, police officers gave a motorist change when he paid a R100 bribe with a R200 note. In other instances, people were extorted for traffic offences, on suspicion of being illegally in the country or for any one of a range of minor offences.

The corruption often seemed banal. One person complained that a sergeant at Mokopane police station in Limpopo had “demanded food and juice to the value of R500 from her in order for him to investigate her case successfully”. Another complained that officers in Mthatha were charging upwards of R10 a shot for certifying documents.

The sample also contained complaints involving larger amounts of money, more calculated extortion and the cover-up of serious crimes. In two instances, IPID received complaints from Kanyamazane in Mpumalanga and Mayville in KwaZulu-Natal that involved police officers allegedly phoning a prisoner’s family and offering to make a pending rape case against their loved one disappear. The cops in these cases solicited bribes of R10,000 and R14,000 respectively.

In an inversion of this scenario, a Limpopo police officer tried to bribe a victim with R2,000 not to open a case against her alleged rapist. The officer was apparently offering the bribe on behalf of the rape suspect’s mother.

Other corruption allegations related to police receiving “protection tax” from drug dealers or as active participants in organised crime. A constable from Mogwase, North West, was accused of being a member of a stock theft ring.

The Covid-19 lockdown is likely to have damaged the bottom lines of criminals operating within the black-market economy. Yet criminal syndicates and corrupt officials are bound to find new opportunities for graft as they “try [to] benefit from border closures, commodity shortages, delayed court proceedings, and other disruptions caused by this global pandemic”, the Organized Crime and Corruption Reporting Project has warned.

In South Africa, the “commodity shortage” brought on by a ban on alcohol sales has created such an opportunity. Minister of Police Bheki Cele recently condemned a string of liquor store burglaries and lamented the emergence of syndicates of store owners working with criminals to “push their stock”.

In a recent advisory, Transparency International cautioned that “corruption often thrives during times of crisis, particularly when institutions and oversight are weak and public trust is low”.

South Africans’ waning levels of public trust in the police correlate with high levels of police criminality and weak oversight and accountability mechanisms.

In 2019, Viewfinder exposed some of the cover-ups and challenges at IPID, which help to explain why the conviction rate for police officers accused of crimes is so low.

A more targeted analysis of IPID data has revealed that police officers accused of corruption rarely face consequences. During the same five-year period under review, data shows that IPID investigations only resulted in 19 criminal convictions and 25 disciplinary convictions for corruption. This amounts to a ratio between case intake and conviction of roughly 15 to one.

For years, IPID management has hinted that a voluminous intake of cases outstrips its capacity to investigate effectively. During the tenure of former IPID director Robert McBride an unofficial strategy was developed to prioritise “corruption cases involving senior police officers”. Many within IPID believed that corruption at the management level set an example of impunity, which was followed down through the ranks. It was hoped that tackling corruption at management level would dissuade extortion by the lower ranks.

But, with a current leadership vacuum and a number of recent suspensions at IPID, this strategy has apparently been compromised.

In our sample of 100 extortion cases, one stood out above the rest for seriousness. It related to allegations of “fraud, corruption, defeating the ends of justice and racketeering” against three police generals. A court conviction remains unrecorded for this case.

Corruption Watch and IPID hotlines are operational during lockdown and are tasked to receive police corruption complaints.

Knoetze is the founder and editor of Viewfinder, a project incubated by GroundUp.