All plastic bags are not created equal – recycled con... 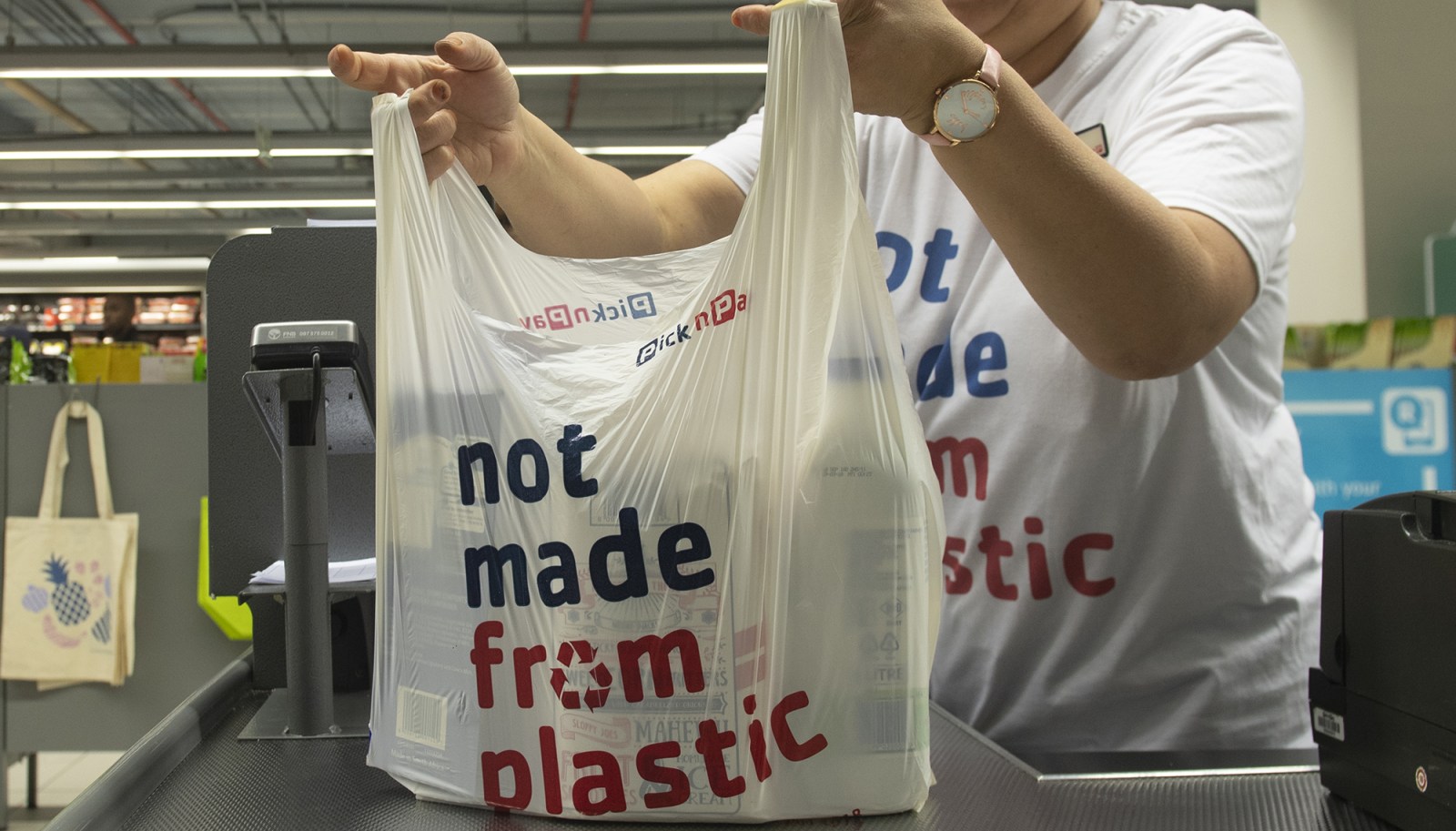 The plastic bag levy, which increased by more than 100% on 1 April to 25 cents per bag, threatens to do more harm than good in terms of efforts to reduce the problem of plastic pollution in South Africa.

On 1 April, the levy on plastic bags increased for the fourth time since its inception 17 years ago. The levy was introduced as a means of curtailing the plastic problem in South Africa but, despite an initial reduction in consumption in 2003, once the cost of the carrier bags was included in household budgets, consumption increased again.

Pressure on stakeholders to respond to the plastic pollution challenge has resulted in an increasing number of actions across the plastic value chain. Governments in all parts of the world have deployed policy and economic instruments, such as bans and product taxes, to discourage the production and consumption of “single-use” plastic products and packaging. Plastic carrier bags were the first to be targeted and have been banned or levied (under various conditions) by more than 30 African governments.

In his 2020 Budget speech, Finance Minister Tito Mboweni announced the increase in the plastic bag levy to 25c. One of the key issues with the growing levy is that it does not differentiate between carrier bags produced from virgin content and those made from recycled plastic. Given that recycled bags cost more to produce, the purchase of recycled bags is then essentially being dis-incentivised. As it stands, the levy taxes potentially circular materials when what it should be doing is coming down far harder on problem plastics.

The plastic carrier bag is in fact the perfect example of circularity as the formal retailers require up to 100% recycled content in these bags and they can now be recycled (if collected) due to new limits on the amount of fillers (calcium carbonate) in the bags when manufactured (calcium carbonate fillers are used as a cost-saving mechanism as less plastic is used during manufacture, but if filler content is too high it renders the carrier bag unrecyclable).

If addressing problem plastic is the goal, it would make sense to tax problematic items such as straws, balloons, plastic eating utensils, polystyrene clam shells, PET thermoform packaging and stirrers made from virgin material, rather than only taxing plastic carrier bags which contain recycled material and are very circular and critical items used more than once in the majority of households. We need to move to a point where the production and consumption of virgin plastic is dis-incentivised through taxes or levies in order to shift the market demand to recycled plastic and ultimately support the struggling local plastic recycling industry.

A second concern is the falling virgin plastic price due to the ever-decreasing oil price ($25 per barrel crude as at 1 April). Consequently, the current price difference between virgin and recycled polymer is substantial and it is now a lot “cheaper” to produce virgin carrier bags. In addition, it is 30% more efficient for a manufacturer to produce virgin plastic carrier bags than bags with 100% recycled content.

Recycled material contains contaminants which lead to various challenges in the manufacturing process. The contaminants, called “gels”, form bubbles in the film. These gels also lead to the blowing process being more erratic as well as causing complications in gusseting the bags. This all results in more process scrap being produced and increased restarting of the equipment per production batch. This slower process, coupled with increased material losses, has significant cost implications. Therefore, when the price of recycled material is not 60% or more lower than the current virgin price, it just cannot compete.

In this current situation, manufacturers will begin to shift away from using recycled material needed to produce 100% recycled content bags. This could lead to bags being manufactured with a lot less recycled content in order to maintain profitability. Calcium carbonate filler will rear its ugly head again and this, coupled with the retailers refusing to move prices, creates a perfect storm to the detriment of the recycling industry.

It came to our attention that upon the announcement that the levy was to be increased, some retailers embarked on a “forward-buying” frenzy on carrier bags to gain additional profit from 1 April.

So far, the Covid-19 lockdown has not negatively affected the procurement of the bags as National Regulator for Compulsory Standards-approved bags are available at formal retailers that are classified as an essential service.

In summary, the levy is problematic for a number of reasons: firstly, it has generally been unsuccessful in reducing the consumption of bags; secondly, an increase to the levy may not result in any significant behavioural change on the part of the consumer depending on the new price per bag charged by the formal retailers; and thirdly, the blanket approach of taxing virgin and recycled content the same actually dis-incentivises the use of recycled content which is currently more expensive.

While there does need to be an overall reduction in plastic carrier bag consumption and the levy and other measures can contribute towards that end, in addition it could be used as a mechanism to “level the playing field” between circular plastic (recycled materials) and virgin plastic.

A better approach would be for the levy to be adjusted to incentivise the use of recycled content. Alternative measures could be considered in addition to the levy to change current consumer behaviour patterns. This would save the country from making the mistake of perceiving a plastic bag levy as a significant win in the fight against plastic pollution, but rather see it as one intervention in what needs to be a suite of interventions right across the plastics value chain, especially with non-circular problem plastics, in order to make the shift we need. DM