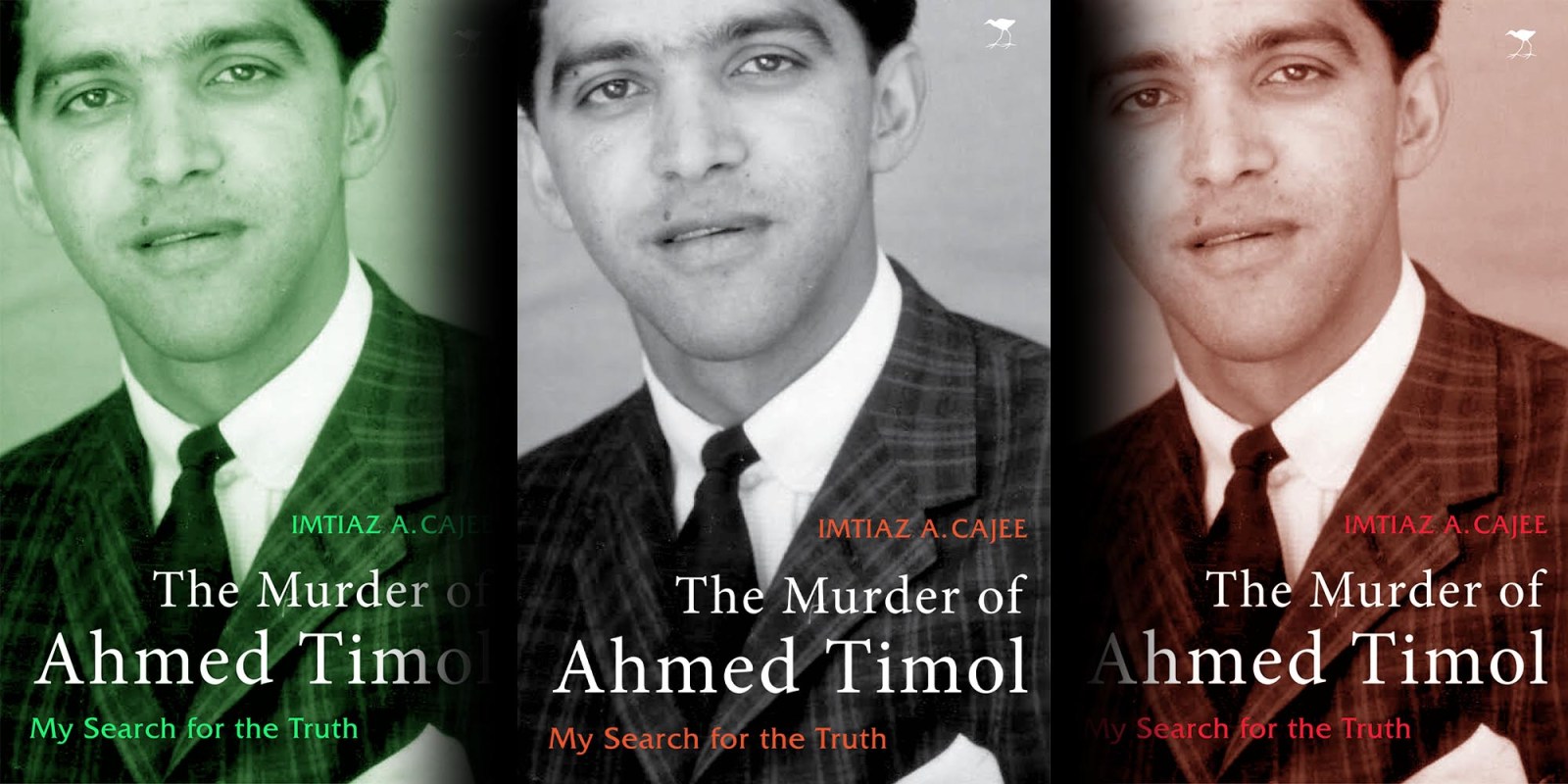 While in lockdown because of Covid-19, many South Africans probably feel strangely united after years of increasing racial and class polarisation. However, we should not forget that the constitutional democracy we live in was built on the struggle and commitment of martyrs such as Ahmed Timol.

In 1971, a state inquiry found that Ahmed Timol, held on the 10th floor of John Vorster Square by the Security Branch, had committed suicide by jumping to his death. Forty-six years later, a new inquiry found that Timol was murdered. Only one man who can tell the truth is still alive: A lowly clerk from the police, who was in the room when Timol was pushed. Joao Rodrigues has now been charged with murder and defeating and/or obstructing the administration of justice.

In the early 1970s, John Vorster was South Africa’s prime minister, the Bureau for State Security (BOSS) was led by the notorious General Hendrik van den Bergh and minister Jimmy Kruger was in charge of justice. Many at the helm of the apartheid government, especially of the security structures, previously had links with the Ossewa Brandwag, i.e. they sympathised with Nazi Germany.

Although the ANC had already initiated armed action against the apartheid government, its four-pillar strategy was still a work-in-progress and the government of the day was brazenly confident that the insurrection could be dealt with by a mixture of intelligence and security force measures, as well as the prosecution of the banned ANC and SA Communist Party’s leadership.

Part of the optimism was based on the indirect support the government was receiving from the West, with many decision-makers of the opinion that the ANC was little more than a communist front, and indeed a threat to the West’s interests.

However, there were a few thorns in the side of the regime, deflating its claims that the “communists and their proxies” would soon be defeated.

Enter Timol, a teacher by profession, but by now a trained underground operator, with direct links to the SACP in London and other places. Timol and his local co-conspirators, as well as a few other cells, were a growing irritation because of their ongoing activities, including the distribution of “political propaganda”.

The author, Imtiaz Cajee, of The Murder of Ahmed Timol: My Search for Truth – which is based on painstaking research that took years to complete – provides previously unpublished material on his uncle’s political activities, the people he loved and his commitment to a non-racial and free South Africa.

Timol’s last days are described in detail, including the roadblock that was set up to catch him and his treatment by the security police, who seem to have despised him for having been educated (i.e. “privileged”), an Indian and a communist.

In his recently published book – The ANC Spy Bible – Moe Shaik, a liberation stalwart in his own right, offers strong rational and emotional arguments that the South African nation needs to move on from what happened during the liberation struggle – the treachery committed by intelligence sources; physically violent and psychologically damaging interrogation; long periods of solitary confinement; the assassination of opponents; and the elimination of those suspected of working with the enemy. He makes a convincing case that unless we close this chapter of the country’s liberation history, some of the ANC’s internal divisions and the problems related to nation-building will not be resolved easily.

In his book, and one should read it in conjunction with Timol, A Quest for Justice, which was published in 2005, Cajee confronts us with a different reality, from his perspective, and based on the life and death of Timol, he argues that neither the ruling party nor the country can be unified unless we find ways of closure, based on full disclosure and justice, rather than on vengeance or personal vendettas.

It is not about the individual sacrificial lambs, for instance Eugene de Kock; or even the families of those who were murdered by the security forces, but whose bodies are still missing; nor even of those who died under similar circumstances to that of Timol, including Ashley Kriel, Neil Aggett and Nokuthula Simelane, to name but a few. For Cajee, it is about knowing the full truth that will enable us to better understand our collective history, knowing whether we can trust those who are in government now and getting mechanisms in place to prevent any future repetition of such transgressions.

Disturbingly, the book leads the reader to the inevitable conclusion that Timol was betrayed in three ways – by the information that led to his arrest (maybe even originating, directly or indirectly, from comrades in the ANC/SACP); by the fact that the state could kill him and effectively hush it up (at least for 46 years); and by those whom he had joined in the liberation struggle, who would prove unwilling to seek justice for him, his family and many others post 1994.

This is a book that will challenge the reader on different levels – on an emotional level, as he or she is confronted with the foul murder of a young idealist who should have grown into a future educational leader, but also on a much broader level, questioning our almost unconditional acceptance of secret/elite deals that accompanied the political agreement between the ANC and the former National Party leaders before and after 1994.

It is a manuscript that will yet again raise fundamental questions about the actual value of the Truth and Reconciliation Commission in light of the numerous cases that never led to prosecutions.

While in lockdown because of Covid-19, many South Africans probably feel strangely united after years of increasing racial and class polarisation. However, we should not forget that the constitutional democracy we live in was built on the struggle and commitment of martyrs such as Timol. As Cajee suggests, maybe it is time that we repay part of our debt by “opening the books”. DM

For more information on the book, see here and  here

Dr Nel Marais served in the South African government’s civilian intelligence structures before and after 1994.