Hands off Ray Joseph and GroundUp! 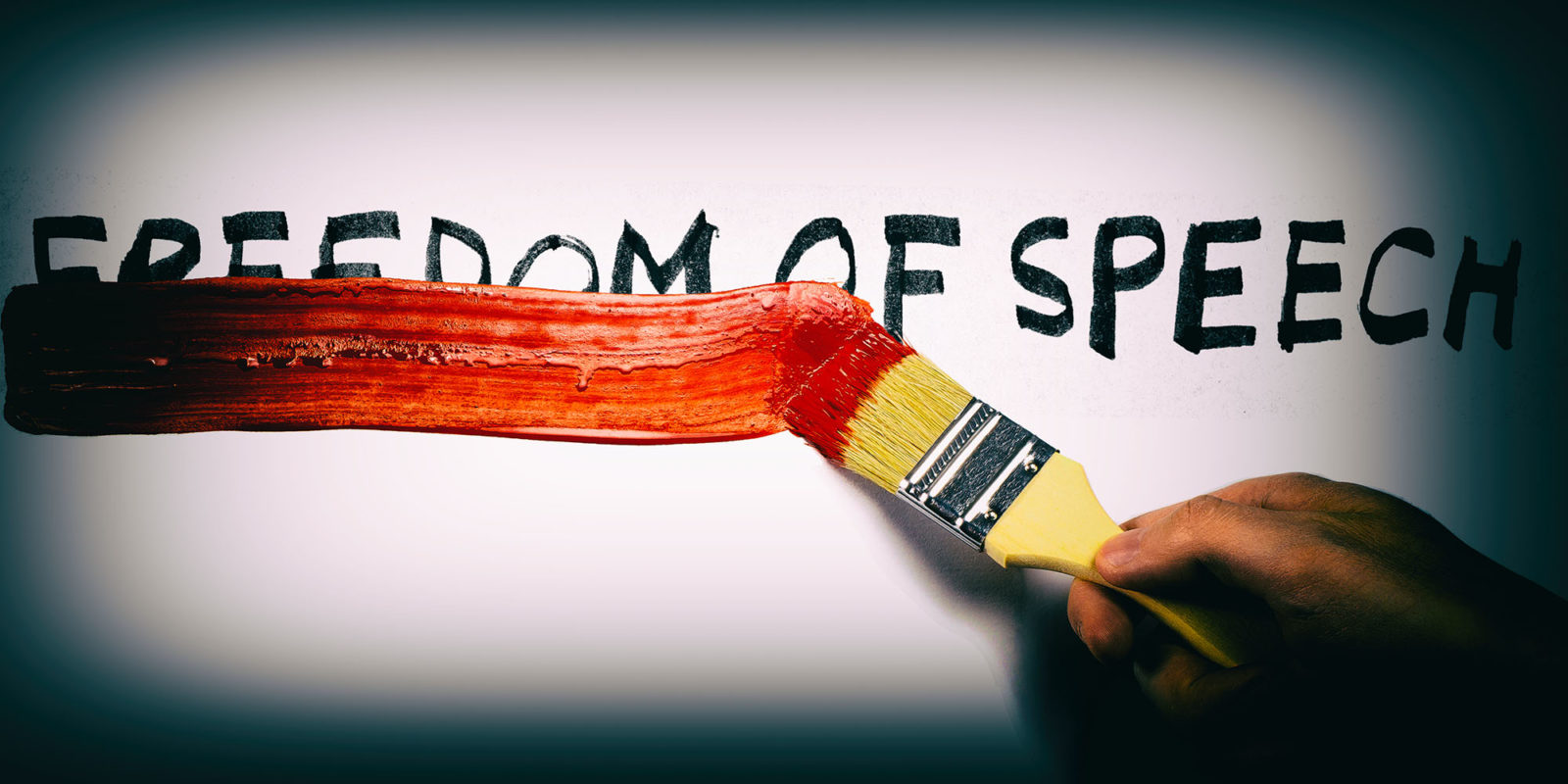 With the able assistance of Adi Eyal and his team at civic non-profit OpenUp, Ray Joseph has written dozens of stories laying bare the widespread, if not comprehensive, misallocation of funding and corruption in the national lottery that had previously avoided meaningful scrutiny.(Image: Adobestock)

Journalist Ray Joseph and the publication GroundUp have endured attacks from multiple sources, with the National Lotteries Commission being by far the earliest and most frequent aggressor.

In 1985 I watched the nationwide protests during the Botha government’s State of Emergency. Seeing the freedom struggle participants’ raw courage and idealism riveted me, inspired me to join Stanford University’s divestment movement, and sparked a dream of one day going to South Africa.

That dream came true just months after South Africa’s stirring victory in the 1995 Rugby World Cup. After arriving in August 1995, I lived, taught and coached for a year at the Uthongathi School in Tongaat as a participant in the Fulbright Teacher Exchange programme. It was a remarkable year for me personally, as my exchange partner’s friends took me in like a brother. It was also a heady time in the country. I witnessed the results of Madiba Magic at Bafana Bafana Africa Cup of Nations’ opening match against Cameroon and attended the first day of TRC hearings in Durban.

Shortly after my return to the United States, then-president Nelson Mandela promulgated the new Constitution in late 1996 before its passage the following year. I felt my heart rise as I read of the ample granting of rights in the Bill of Rights that went far beyond what we had in the United States to include rights about issues like housing, the environment and water.

In both countries, though, freedom of the press was a cornerstone of the promises made to all citizens. It is precisely because media freedoms are so fundamental to society’s democratic fabric that I feel compelled to speak out against a repeated series of threats, lawsuits, unfounded accusations and efforts to intimidate my good friend and colleague Raymond Joseph.

Perhaps most disturbingly, many of these actions have come from governmental sources.

Ray and I have worked since 2016 on an ongoing investigation of the global lottery industry. With the able assistance of Adi Eyal and his team at civic non-profit OpenUp, he has written dozens of stories laying bare the widespread, if not comprehensive, misallocation of funding and corruption in the national lottery that had previously avoided meaningful scrutiny. As in countries around the world, the South African lottery has a disproportionate impact in poor communities.

The work began with OpenUp scraping more than 15 years of lottery recipients data to create a searchable tool that helped identify outliers among the sporting, NGO and charitable sectors.  From there, Ray and others revealed in the Sunday Times the presence of “Lottopreneurs”, those people who used a 2015 amendment to act as “conduits” to new or small organisations unable to meet stringent criteria for grants.

He also helped secure funding to train community journalists on how to use the tool to do reporting that has had a threefold benefit. It resulted in several stories being published. It also helped develop skills and opportunities among journalists in rural areas. It provided information to people living in those areas who would not otherwise have had access to it.  And the reporting these journalists did in places like Limpopo shed light on the workings of the larger system. (On a related point, it is worth pointing out that since the project has begun the National Lotteries Commission has declined to make details of grants and recipients available after doing so for close to two decades.)

Ray has brought to light the tax avoidance by global behemoth IGT,  formerly known as GTech, which has been involved in South Africa’s lottery since 1999. Full disclosure: he and I collaborated on that story.  As the reporting has progressed, Ray eventually exposed that lottery COO Phillemon Letwaba  signed off on multimillion-rand grants to entities directed by, or connected to, his family members.

It is painstaking work that Ray has often carried out through self-funding. It’s also work that has had meaningful impact and earned repeated regional and national recognition. To give just two examples, the Department of Trade, Industry and Competition launched an investigation in May 2019. In February of this year, Letwaba took a leave of absence until the beginning of March due to the fallout from the corruption allegations.

But it’s a project that has come at a serious price to himself, to other journalists seeking to do similar work, and to the democratic ideals for which Mandela and so many others fought for decades to bring into the world.

He has endured attacks from multiple sources, with the NLC being by far the earliest and most frequent aggressor.

In December 2018, NLC board chair Professor Alfred Nevhutanda responded to one of Ray’s stories by saying that journalists were being paid to write “fake stories” and asking the State Security Agency (SSA) to investigate journalists. He doubled down on these claims in Parliament once again in March this year.

The NLC has named Ray in multiple press releases, calling his work a “mischievous personal vendetta” in March 2019 and labelling his reporting “inaccurate insinuations” in August 2019. (It has since deleted media releases from its website.) In an eNCA appearance last year, Letwaba falsely accused Ray and his wife Sharon of being lottery beneficiaries.

In October 2019, Letwaba took the extraordinary step of filing a lawsuit against GroundUp, the news outlet where Ray has published many of his articles, for R600,000. Letwaba also demanded the removal of six articles GroundUp had published. Ray was named as one of the respondents.  And in February 2020 the lottery threatened to file criminal charges against GroundUp, its editor and him.

In addition to these governmental actions, Ray and Zoutpansberger and Limpopo Mirror publisher Anton Van Zyl – who has also done exposés on the Lottery – have received threatening anonymous letters in which they’ve been compared to askaris, the name for apartheid-era traitors. Ray has been the focus of a protest march by civil society members, some of which received lottery funding. During the march protesters chanted, “Pantsi, Raymond Joseph,” later shouting,  “Voetsek!”

Ray’s response has been to let his journalism speak for itself and to continue to work doggedly on the issue.  Just last week, for instance, GroundUp published a piece of his showing that lottopreneurs are increasingly switching to buying inexpensive shelf companies to access multimillion-rand lottery grants. His admirable reaction notwithstanding, the series of attacks raise a larger question about the assault on, and erosion of, one of the bedrock principles on which the democratic society was founded just over a quarter century ago.

Ray has received support from Sanef, which has repeatedly decried the lottery’s antidemocratic words and tactics.

To that, I add my voice on behalf of the Center for Collaborative Investigative Journalism. We’re a recently founded non-profit organisation that brings together investigative reporters, data scientists and visual journalists to carry out ongoing investigations into key issues of global significance.  Ray is one of our original members and the regional leader of our activity in Southern Africa.

It is important to note that these actions have taken place during a dark period globally for journalists seeking to bring the truth to light. Numerous countries have passed “fake news” laws, before and during the current pandemic. Ignace Sossou, one of our members and an award-winning journalist from Benin, is currently serving an 18-month prison sentence after he accurately tweeted the comments of a public prosecutor in his country.

This context makes it all the more critical to speak up in solidarity with our colleagues in countries with repressive press freedom environments like Benin as well as in South Africa, where lofty promises are being belied by far less savoury realities on the ground.

CCIJ calls on the National Lotteries Commission to stop its intimidation campaign, drop the lawsuits and release the list of funding recipients.  We also urge the government to hold accountable those people who have wrongly enriched themselves at the expense of many of the country’s most vulnerable people. Many of South Africa’s poorest citizens have paid heavily into the system through their ticket purchases, only to see millions and millions of the rands allocated to help them go into the pockets of the people leading the government agency as well as their family and friends.

Taking these actions could address the systemic corruption Ray has revealed. It also could move the country closer to realising the glorious promises enshrined in the Constitution for which so many people gave their lives during the freedom struggle that first inspired me more than three decades ago. DM

Jeff Kelly Lowenstein is an investigative journalist, author of four books and a visiting professor at Columbia University’s Graduate School of Journalism. In 1995 he was a Fulbright Teacher at the Uthongathi School in Tongaat, South Africa, and in 2016 he taught an investigative journalism course at Wits University. His work has earned national and international recognition.