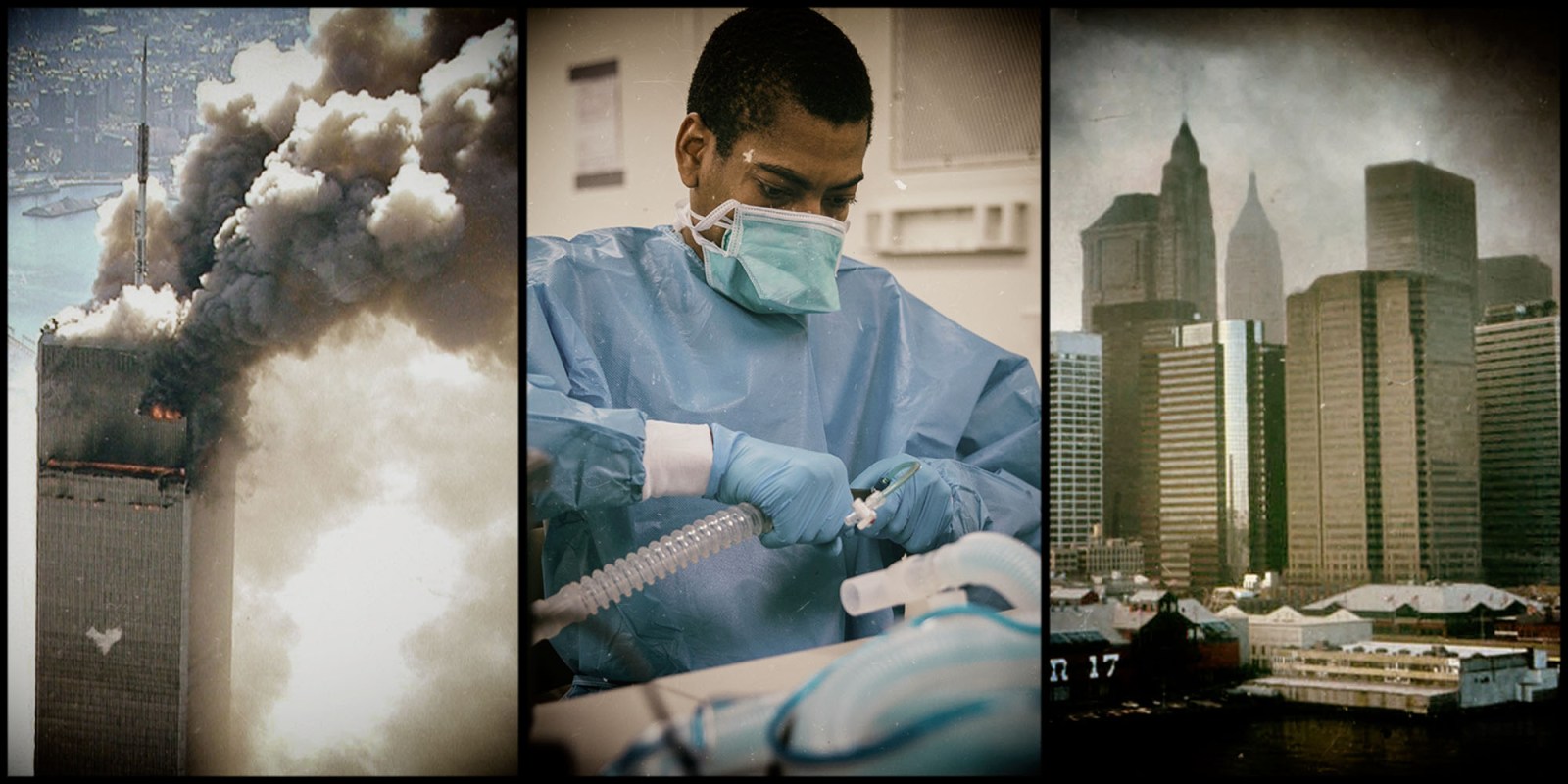 It was not a happy Easter. Not for me. I woke to the news that nearly 1,800 people died of Covid-19 on Easter Saturday in the land of my birth, the US. I am cautiously comforted that in South Africa we have, so far, recorded only 25 deaths. But there was a time when the situation between the two countries was reversed, when South Africa was losing 575 people a day to AIDS while America was losing 38.

I came to South Africa in 2001, six days before 9/11, for love. It wasn’t long before I fell in love with South Africa’s people, in part because of the week that followed 9/11. Watching the World Trade Centre towers crumble to the ground on live television as my brother watched it live from the rooftop of his Manhattan office building, I knew the world had changed. Moments before, I had spoken with him by phone and heard his voice crumble as he told me of watching people jump from nearly 100 stories up to escape flames.

9/11 was a Tuesday evening for us in South Africa. A total of 2,996 people died that day, including the 19 hijackers. When US President George Bush finally reappeared he was transformed into a warrior in full fighting mode, assuring the American public that those responsible would be hunted down and killed. I was troubled with the idea of there being “those” who were “responsible”, as if America had a clean slate.

I barely slept until Thursday night, falling into bed exhausted and still not knowing what to do. I was unwilling to accept the repeated email warnings from my own State Department to not go outside unless absolutely necessary. If I had no choice, they said, I should not wear American clothing and not speak for fear of someone hearing my American accent. Muslims, those emails kept telling me, wanted to hurt me. And I should be afraid.

After three restless nights, I awoke on Friday morning knowing what to do. I washed. I ate. I dressed. And I walked to the oldest mosque in Cape Town’s Bo Kaap district and sat on the stoop waiting for the imam to arrive. When the white-haired imam came from his home across the street, I greeted him respectfully and made a request.

“I am an American,” I told him. “There are many telling me I should be afraid of you and other Muslim people. But I do not believe them. I have struggled with what I should do until this morning when I woke and it was clear. That I must come here and ask if I can pray with you in your mosque.”

The imam looked neither pleased nor disappointed. He looked at me as if my request was the most natural and obvious thing in the world.

“Of course,” he replied without hesitation.

Men soon arrived and showed me where to wash my hands and feet and guided me into the interior of the mosque. The imam asked me to sit towards the back and pray in my own way as the men lined up and began their prayers in the front. Our prayers eventually turned into a discussion, followed by dinner for my future wife and me with one of the men and his family, two visits to another mosque near his home for prayer and a discussion until nearly midnight with his local imam.

I regret that I was mostly ignorant of Islam until that night. I went to bed thinking that if Christians, Jews, Hindus and Muslims around the world would spend the days ahead visiting each other’s places of worship we would be okay.

I woke to another world, one of threat levels, suspicion, “terrorists” and fear itself being sown into the fabric of everyday life. I woke to a world headed into battle.

In the years that followed 9/11, I stood helplessly by as friends and students died of AIDS for lack of medications. South Africa’s AIDS deaths did not peak until 2006 when 210,000 people died, after which antiretroviral medications became increasingly available. America’s AIDS pandemic had already peaked 10 years earlier, in 1995, with 51,000 deaths that year.

I do not know what to feel, how to feel. It is an enormity. Over three times the daily deaths at South Africa’s peak years of AIDS. And I do not know how to feel about the fact that, this time, it is America’s president whose ego and misguided delusions about a virus are the cause of a great many deaths.

In the days that followed 9/11, I lost an old friend from high school days when I wouldn’t stop telling her of my outrage that the world stopped when the US lost 3,000 people in a day but no one seemed to care about the thousands dying of AIDS each week in South and southern Africa. I should have been more understanding. She was across the street from Ground Zero when both planes hit the towers.

For years I was angry that my own students in South Africa were dying for lack of life-saving medication years after the young people with HIV and AIDS that I worked with in the US first received them.

And here I am, early evening on Easter Sunday, still not knowing what to feel.

And I crumble at the staggeringly high numbers of deaths to Covid-19 around the world and the projections of deaths yet to come. I allow myself to cry. For the mothers who have to tell their children that their father has died. For the fathers who have to tell their children that their mother has died. For all the children newly robbed of a grandparent and all the parents robbed of a child. Or, most tragically, for the families which have lost most, or all, of their members.

I remember now that the world’s fight against AIDS was much like the American president’s war against terrorists. Wars fought against perceived enemies, not for visions of who we might become. Did either of those wars make us better people? More compassionate? More honest, patient, embracing of difference and committed to changing the inequalities that both wars revealed?

It is Easter and I remember now the prayers we said in the Bo Kaap mosque. Prayers for the world. Prayers for safe passage for those taken by death. Prayers for the children to take us to a better world, beyond division and hate. Muslim. Christian. Hindu. Jew. As I wipe my eyes, I renew these prayers of my Muslim brothers that day.

I will repeat those prayers every day now until this pandemic is over. And I will add more prayers. A prayer that our response to the Covid-19 pandemic becomes more than a battle against death. A prayer that we see this crisis as also being about life, about us and our lives together. A prayer that we find ourselves and each other again. That we renew our bonds with each other.

Covid-19, like 9/11 and AIDS before it, reveals inequalities and injustices of our own creation. And so I pray that we reclaim compassion, caring and the commitment to equality and justice that many South Africans died for not so long ago, that Americans gave their lives for during the civil rights movement, and that people throughout the world and throughout history have given their lives for.

In 1956, at the conclusion of the Montgomery, Alabama, bus boycott, the first large-scale protest against racial segregation in America, then 26-year-old pastor Martin Luther King Junior said: “The arc of the moral universe is long, but it bends toward justice.” I pray that Covid-19 helps us bend that arc toward justice more quickly. I pray that we remember Dr King’s words that, “Each of us who works for social change is part of the mosaic of all who work for justice; together we can accomplish multitudes.”

And finally, I pray that we finally act as one world and one people, all inhabiting one earth. And that we recognise that our future together is up to us. DM/MC

Dr James Lees is a senior lecturer at the HIV & AIDS Programme, University of the Western Cape, and has been on the frontline of the AIDS pandemic since it first emerged in the early 1980s. After working on HIV treatment and prevention among street children in San Francisco and India, he joined UWC’s effort to counter the growing pandemic in South Africa in 2002.