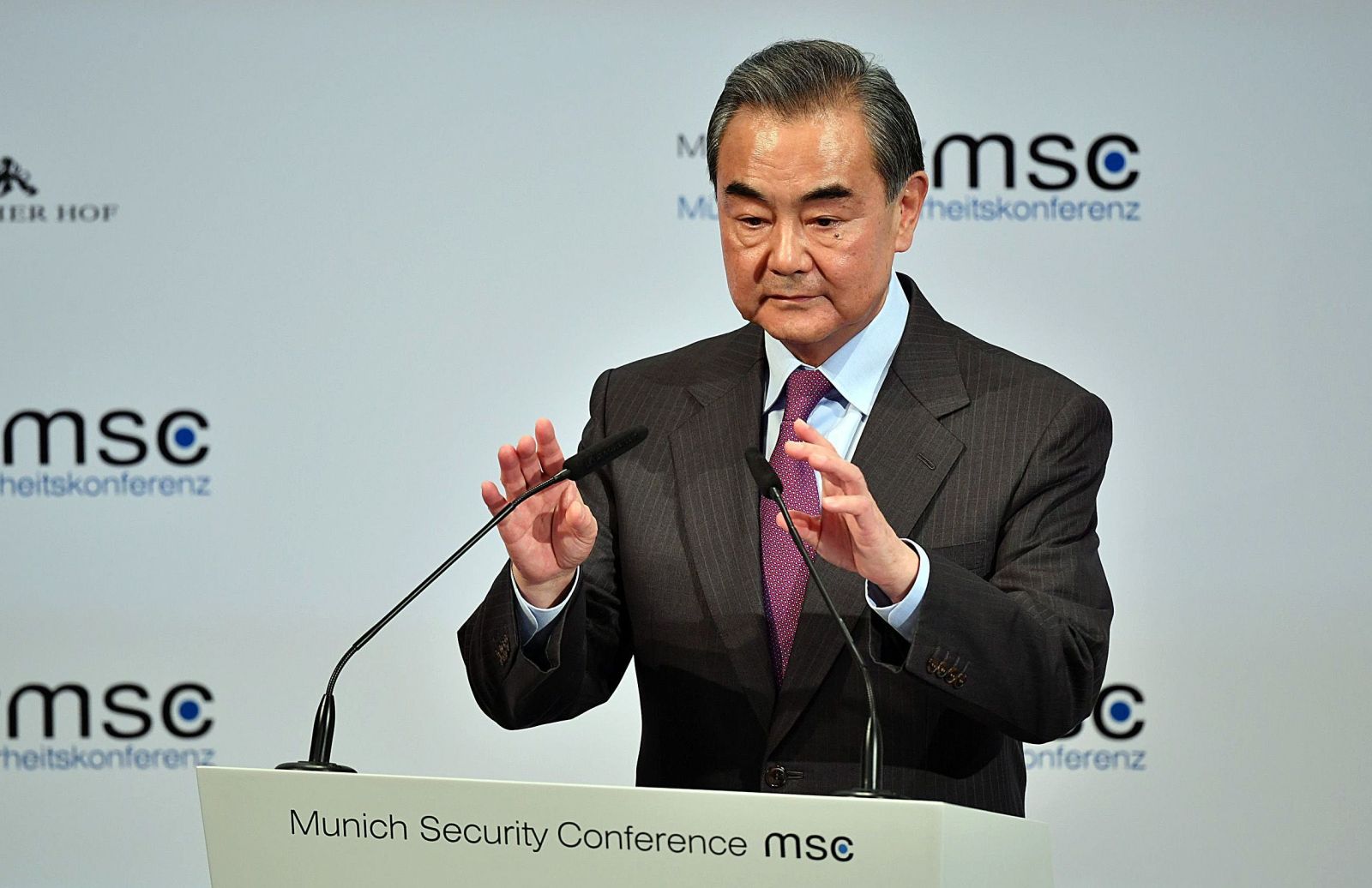 Racism accusations by African countries against China over the treatment of their citizens living there have become fresh ammunition in that country’s rivalry with the United States.

China has moved to act on reports that Africans in Guangzhou have been forced out of their lodgings, refused access to restaurants and supermarkets, and stigmatised on suspicion of being infected by coronavirus.

Chinese Foreign Minister Wang Yi told African Union Commission chairperson Moussa Faki Mahamat in a phone call that the issues would be addressed after the reports became subject of an unprecedented diplomatic row between some African countries and China.

“He [Wang] reassured me of measures underway in #Guangzhou to improve the situation of Africans, in line with the strong and brotherly partnership between #Africa and #China,” Mahamat tweeted yesterday (Monday 13 April). He said the AU’s permanent representative and the African group of ambassadors in Beijing and Guangzhou are following the implementation of these measures.

“I thanked Minister #WangYi for the quick action and the support of China to Africa in the fight against #COVID19.”

Various African states over the weekend called Chinese diplomats to account for the treatment of their nationals in that city. This was followed by a United States State Department spokesperson accusing Chinese authorities there of xenophobia. The spokesperson said the incidents are “a sad reminder of how hollow the PRC-Africa partnership really is,” AFP reported, with reference to the People’s Republic of China.

A number of social media posts went viral on Thursday with pictures and videos showing young Africans living in Guangzhou being forced to leave their homes and hotels, with some having to find shelter out on the streets. This happened in the city’s Yuexiu district, also known as “Little Africa”, home to the largest African diaspora population in China. Many African traders fly there to buy cheap goods to sell at home, although there have also been reports of people overstaying their visas to work in the city.

Shortly before, there were reports in Chinese media that a Nigerian man with coronavirus bit a nurse’s face to flee from a hospital where he was receiving treatment and being kept in isolation. Another restaurant also was forced to close down for investigations as four regulars tested positive for coronavirus and community transmissions were feared.

The speaker of Nigeria’s House of Representatives, Femi Gbajabiamila, over the weekend summoned the Chinese ambassador to Nigeria, Zhou Pingjian, to a stern meeting which he filmed and posted on his Twitter account. South Africa’s response – with President Cyril Ramaphosa being the current chairperson of the AU – was more measured. In a statement on Sunday the Department of International Relations and Cooperation said it was “concerned” about the situation and was urging the Chinese authorities to investigate the incidents and take remedial action.

These reports “are inconsistent with the excellent relations that exist between China and Africa, dating back to China’s support during the decolonisation struggle in Africa, and now manifesting in an extensive Africa-China partnership,” the statement read. “This collaborative, mutual relationship also finds concrete expression in the support that China is providing to Africa in the ongoing fight against the Covid-19 pandemic.”

The Chinese government and businesses have made donations of masks and medical equipment to various African countries and through the AU, and China also offered its medical expertise.

David Monyae, director for the Centre for Africa-China Studies at the University of Johannesburg said the Chinese government quickly realised that a standard government response – of restating official policies of non-discrimination – would be insufficient in this case. He said this issue plays into “crisis between Beijing and Washington”, also in terms of who is handling the coronavirus issue better, and the competition between the two countries for domination in Africa.

“Now Western countries have the upper hand,” Monyae said, “not just in terms of language, but the media as well.” He said with the world in the midst of the Covid-19 crisis, this was a “delicate time”.

He said it’s difficult to say whether there will be retaliation against Chinese people living in Africa, but he reckoned if the Chinese government reacted swiftly and constructively to the reports, they could still make good.

“What is happening at a very low rank, [are] fear, ignorance, racism, and it needs to be condemned in the strongest terms,” he said.

Monyae, however, added that goodwill between China and African countries would have to be restored as they needed each other for trade and raw materials.

Roberto Costello, an assistant professor at Lingnan University in Hong Kong, said in a podcast by the China-Africa Project this was a potential PR disaster for China.

“The whole corona crisis is going to pose a huge challenge for China to recover the space it had gained over the past 10 to 15 years in terms of soft power, specifically in the African continent,” he said.

Costello said racist incidents have been reported not just in Guangzhou, but also in other cities like Beijing, Shenzhen and Shanghai. A lot of Africans feel betrayed because their countries and communities stood in solidarity with the Chinese people when Covid-19 broke out initially, as opposed to US President Donald Trump who called it a “Chinese virus”.

Costello said a number of foreigners came to Guangzhou and overstayed their visas, which means they often lived without identity documents.

“From the Chinese perspective, at this point to deal with individuals that cannot be easily tracked or their identities can’t be easily scrutinised pose a high risk [for the spread of coronavirus] compounded by fear and anxiety,” he said.

Chinese President Xi Jinping last week told local authorities and municipal governments to be careful of foreigners because the second wave of Covid-19 was likely to come from them. Such directives sometimes “trickle down in unspecified ways,” Costello said, adding that different authorities react differently to such directives.

“Chinese authorities have known about a large number of West African overstayers in Guangzhou,” he said. Now they were regretting not cracking down earlier “because they are feeling the pressure from the national authorities”.

A South African woman who had lived in Guangzhou for the past two years spoke to SABC anonymously, saying officials came to her house on April 6 to test her for the coronavirus and to ask her questions about her activities. Even before her test results were known, she was forced out by her landlord, who told her the community didn’t want foreigners in the neighbourhood. She had to move to quarantine in a hotel at her own expense. The same thing happened to a number of other South Africans and other Africans she knew, she said.

A lot of African expatriates living in Guangzhou now worry that this discrimination will continue even when the pandemic is over.

“I was speaking to a few friends and we were worried that, if this [coronavirus threat] ends, will it really end? Now there’s an image of us being sick, and I believe it’s going to be a very difficult thing to overcome,” she said.

“Everywhere we go, no one wants to sit next to us or walk next to us.” DM