The aftermath of the pandemic will also provide an opportunity to learn from a plethora of social innovations and experiments, ranging from working from home to large-scale surveillance, says a McKinsey report. (Screenshot: gisanddata.maps.arcgis.com)

With some flattening of the coronavirus curve becoming evident in countries that have either better contained the spread of the virus, like New Zealand, and others that have been ravaged over the past month, like Italy, economic minds are already looking forward to what the world economic order could look like after the pandemic has been contained. It seems we can expect a mixed bag of good and, if left unchecked, bad structural changes.

It may be difficult to envisage a world beyond the coronavirus while the number of deaths and infections continue to rise. Also, right now there is no clear, trouble-free economic way forward that will allow us to quickly climb out of the deep hole created by the economic shutdowns worldwide.

However, it is during times of crisis that decisions are taken that can prove long lasting, either favourably or to the detriment of the structure of the world economy when normal day-to-day life returns.

Bearing this in mind, it is crucial that we keep an eye on the future because it is the citizens who will be voting politicians into power over the next few years and who will need to voice their opinions and concerns on these matters down the line.

Before then, however, leaders will be hard-pressed to navigate the next few quarters, with expectations that there could be a series of rolling containment measures as we try to get economies back on track.

A McKinsey report, Leading through the Crisis, notes that a rapid return of the virus would be a genuine threat in the absence of a vaccine or effective prophylactic treatment.

“In such a situation, government leaders may face an acutely painful ‘Sophie’s choice’: mitigating the resurgent risk to lives versus the risk to the population’s health that could follow another sharp economic pullback.”

In her curtain-raiser speech ahead of the Spring meeting, IMF head Kristalina Georgieva notes:

“As measures to stabilise the economy take hold and business starts to normalise, we will need to move swiftly to boost demand.” She sees co-ordinated fiscal stimulus as essential, and as long as inflation remains under control, monetary policy accommodative.

Emerging markets are likely to be hardest hit by the virus and it is likely to be more challenging to get their manufacturing sectors up and running to previous capacity levels. The graph below put together by the IMF captures manufacturing activity in March compared with February this year. 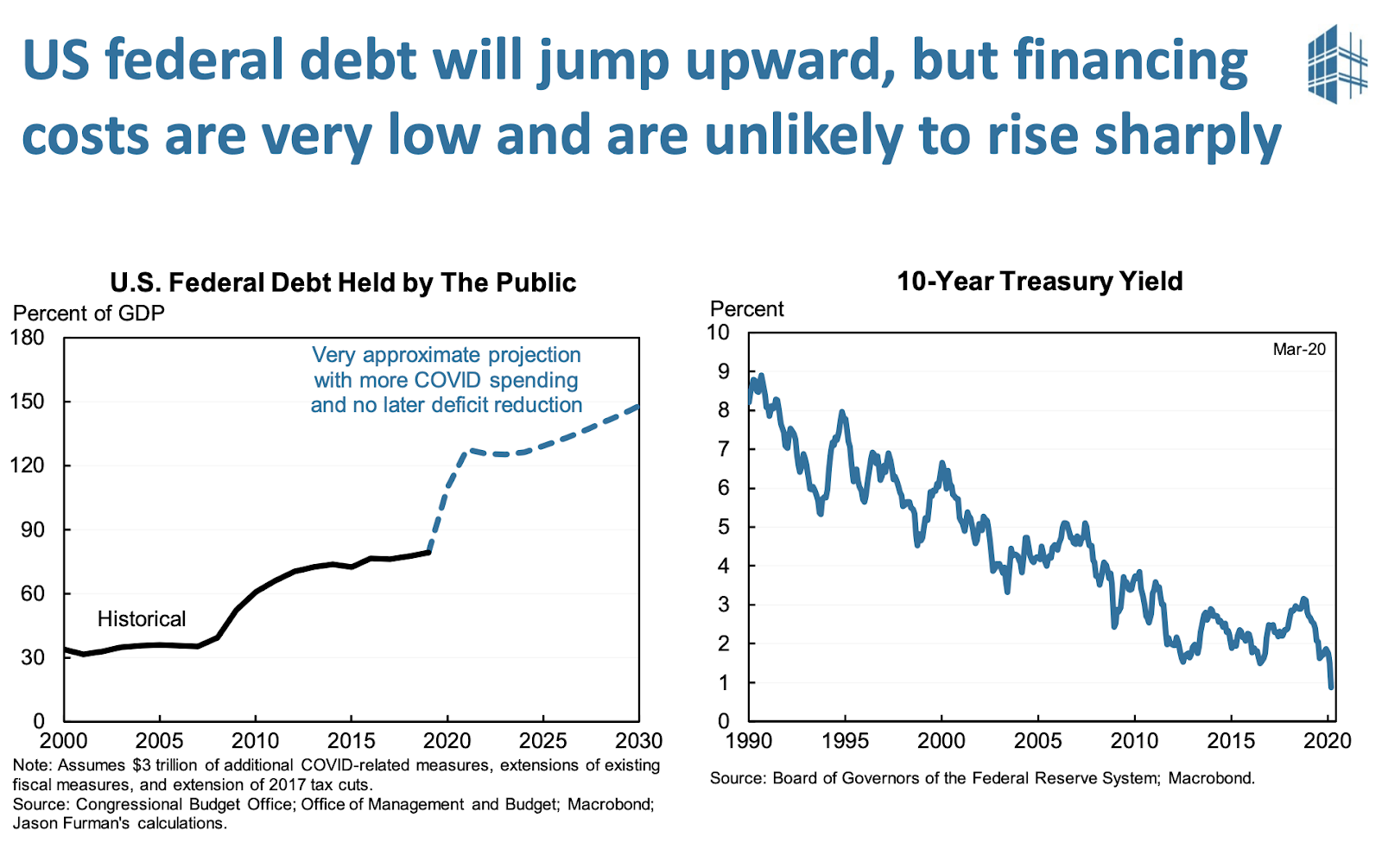 The second phase of containing the virus and getting economies going again will probably require more than just policy stimulus to reboot demand because, as McKinsey notes:

“Much of the population will experience uncertainty and personal financial stress.”

Shell-shocked individuals are likely to be a lot more cautious in their spending and saving may be a priority for those who recognised they didn’t have a comfortable enough financial cushion when the crisis struck.

Governments and businesses will be put in a position to make what McKinsey describes as “difficult through cycle” decisions to balance economic and social sustainability. These decisions will determine what the economic landscape looks like at the end of a long and trying process of resuscitating the world economy.

There are a few really positive things that could come out of this dark period for the economy. It is conceivable that once we get a chance to look back, that the crisis proves to be a profound turning point for the world, with far more support, and the prioritisation, of environmental, social and governance considerations by all economic stakeholders, including consumers, companies and governments. Elevated consciousness of the risks we face could put even more heightened pressure on governments to invest in renewable energy options over fossil fuels, with demand bringing costs down and within reach of the average household.

Another favourable outcome of the crisis is likely to be a step change in the general appetite for innovation. While a significant proportion of the global economy has been shut down, many companies who were already comfortable with working remotely before the crisis will continue innovating with minimal disruption.

With individuals unable to partake in their usual offline activities, the appetite for digitisation for everything from online activities like online shopping, where that is still available during lockdowns, digital video conferencing and online banking has escalated during lockdown. The coronavirus could well also expand the appetite for digital payment solutions as individuals embrace contactless transactions.

McKinsey says: “A shock of this scale will create a discontinuous shift in the preferences and expectations of individuals as citizens, as employees, and as consumers… clearly, the online world of contactless commerce could be bolstered in ways that reshape consumer behaviour forever.”

It adds that the aftermath of the pandemic will also provide an opportunity to learn from a plethora of social innovations and experiments, ranging from working from home to large-scale surveillance.

“With this will come an understanding of which innovations, if adopted permanently, might provide substantial uplift to economic and social welfare — and which would ultimately inhibit the broader betterment of society, even if helpful in halting or limiting the spread of the virus.”

Daniel Araya, in a Forbes article on The Revolution after the Crisis, believes we are on the cusp of a digital renaissance that builds on technological trends that had begun before the pandemic.

“Even as Covid-19 consigns us to our homes,” he says, “it is also reinforcing technological trends that began prior to the pandemic.” He foresees a world in which society is “rooted in the convergence of a renewable energy Internet (clean technologies and smart grids), a digitised mobility and logistics infrastructure (autonomous electric vehicles, AI, and IoT), and augmented human intelligence”.

“Building on top of a highly automated industrial base, this coming society will find its purpose in systems that catalyse human creativity and innovation.”

These positives could, however, be dwarfed by the negatives that could prevail well after the coronavirus has disappeared from our lives. These include debt levels that either materially weigh down economies for decades to come or, in the case of middle- to low-income countries, bring their economies to their knees, resulting in debt defaults in the absence of debt restructuring agreements. We just have to look at the Argentinian economic meltdowns in the wake of the country’s several debt defaults, which have left its population economically bereft for decades.

In the Peterson Institute for International Economics, biannual economic presentations just ahead of the IMF Spring Meetings, PIIE senior fellow Olivier Blanchard describes a potential government debt scenario as one in which we go from “whatever it takes” to “gosh, what have we done”?

He says the sustainability of government debt burdens will depend on the interplay of the interest rate and economic growth rates during the years ahead.

He doesn’t foresee government debt becoming a major problem in the developed world because interest rates are so low and likely to remain near zero for the foreseeable future. He comments:

“Before the crisis, the neutral safe rate (interest rate) was expected to be low for a very long time. There is every reason to think this will be even more the case.” 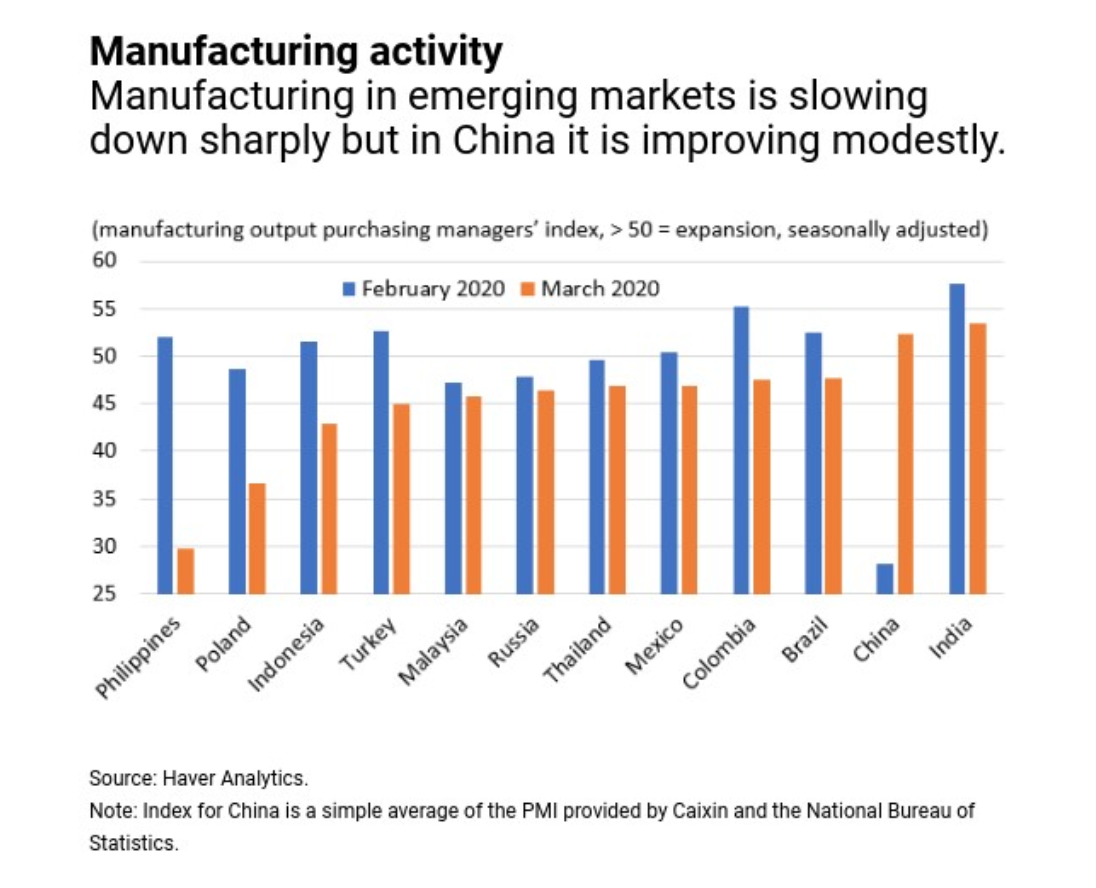 The risk to Blanchard’s sanguine outlook would be if fixed interest markets that fund the government debt lost their equilibrium. In that event, he says, central banks would have to assist in maintaining a healthy equilibrium and, if that proves difficult using existing tools, they may need to consider engaging in policy tools like yield curve control, as the Bank of Japan has done in the past. To do this, central banks would buy longer-term bonds to keep yields from rising.

Another longer-term worry is that governments could crowd out the private sector by absorbing borrowing capacity and, in the end, discouraging the private sector from investing. Governments have never proved as effective at delivering positive returns on investment that are close to those delivered by the private sector, and it is unlikely to be different in the future. Thus it’s important once the dust settles to ensure that all efforts are made to allow the private sector the opportunity to thrive and continue leading the way in generating economic growth.

It is inevitable that we will end up with a mixed bag of long-term structural outcomes, both intended and unintended. But the primary focus of all stakeholders should be on consciously and carefully minimising the negatives that could do serious ongoing harm to the global economy and maximising the opportunities to reset the world for a far more favourable future. BM