An interview with Tim Noakes is dangerously misleading 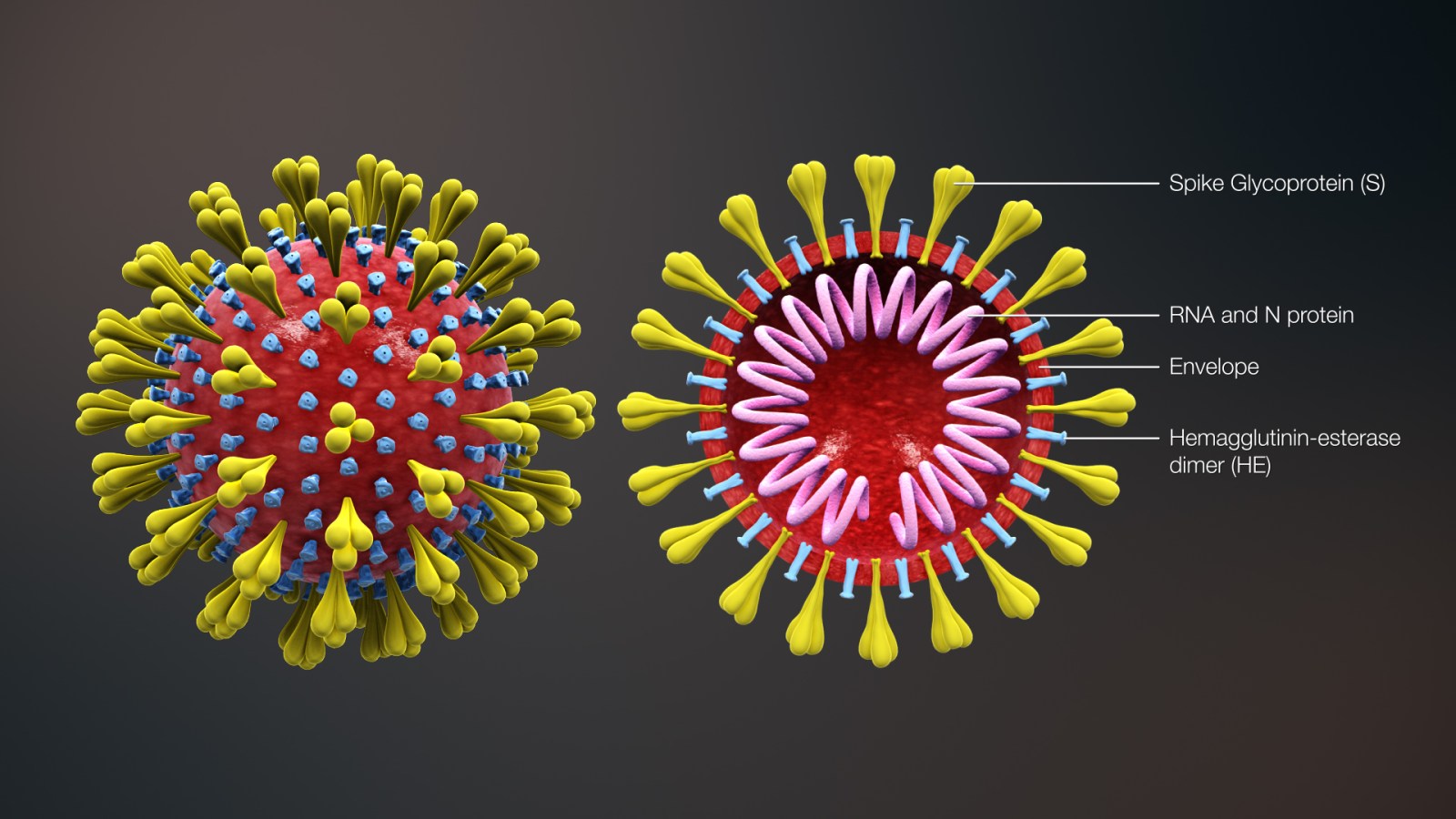 Graphic of coronavirus. Source: Scientific Animations via Wikimedia (free to use)

Professor Tim Noakes gave an interview to Cape Town community radio station, CCFM, which has been widely circulated on social media. In it, Noakes makes false and misleading statements.

The interview starts off with Noakes admitting he is not a virus expert. If the interview had ended at this point it would have been accurate.

Noakes then describes coronavirus as a DNA virus. It’s not – it’s an RNA virus and any doctor speaking publicly about the virus should know this.

He then proceeds to describe how there’s a realisation that the way the virus has been treated is wrong. This is ridiculous and unfair. We do not know how to treat Covid-19 yet. There’s not a single approved medicine for its treatment. Doctors are doing their best to save lives with the limited knowledge we have of this disease. One day, when we understand it better and when medicines or vaccines have been tested in ethical, approved clinical trials, we hope to know how to treat it. But it’s absurd to expect a brand new viral infection discovered in December to be effectively treated by April.

Noakes then puts forward a theory that appears to have originally been proposed on the blog site Medium, but Noakes doesn’t credit the originator. The Medium blog (apparently now deleted) was titled “Covid-19 had us all fooled, but now we might have finally found its secret”. The theory claims the virus works by attacking red blood cells and depleting haemoglobin. I’m not a molecular biologist so I won’t even attempt to explain this theory or why it’s wrong. But Matthew Amdahl is a doctor with a PhD in Bioengineering and has written an excellent piece debunking this theory. Please read it.

Noakes proposes the theory with supreme confidence. Despite admitting that he has no expertise in virology, there’s no caution and no caveats. This is not the way an ethical scientist should talk to the general public. He also talks in a semi-conspiratorial tone, with the implication that he and a few others have it right while the vast majority of doctors and scientists are too stubborn to see it their way.

Then comes the most dangerous part of the interview. Noakes punts hydroxychloroquine as a treatment for the virus. He says there is good evidence for the drug. He also suggests that there is resistance to its use by the medical community because US President Donald Trump promoted it.

This is nonsense. Hydroxychloroquine is a candidate drug for the treatment of Covid-19. There is some evidence from a French study that it may benefit patients, but the study was highly flawed. It had only 36 participants, 20 taking hydroxychloroquine versus 16 not taking it. This is far too few people from which to draw strong conclusions. Also, six participants’ results were not included in the analysis because they stopped taking the drug, making the study even flimsier. The scientists who published the study acknowledged its limitations but felt they had to publish because of the urgency of finding treatments for Covid-19.

New clinical trials are in motion right now to test hydroxychloroquine, to see if it is safe and effective against Covid-19. It is one of several treatments that are being tested. Here is a list of those trials. There is no reluctance or conspiracy to test treatments for Covid-19 by the medical world. On the contrary, there is a flurry of clinical trial activity, probably unprecedented at such an early stage of a disease’s history. It just has to be done safely and properly.

We don’t know if hydroxychloroquine will work; there isn’t enough data. We also don’t know what dose should be used. Only further research can discover this. It is a drug that can have severe, even fatal side effects, and it’s highly irresponsible and unethical for Noakes to be promoting its use to the general public.

It’s also troubling that Noakes demeans the scientific and medical community in a radio interview (and also on Twitter). If he has theories to propose, he should do so in scientific journals or even by writing articles and posting them on one of the arXiv websites so that other scientists can critique or debunk them. DM