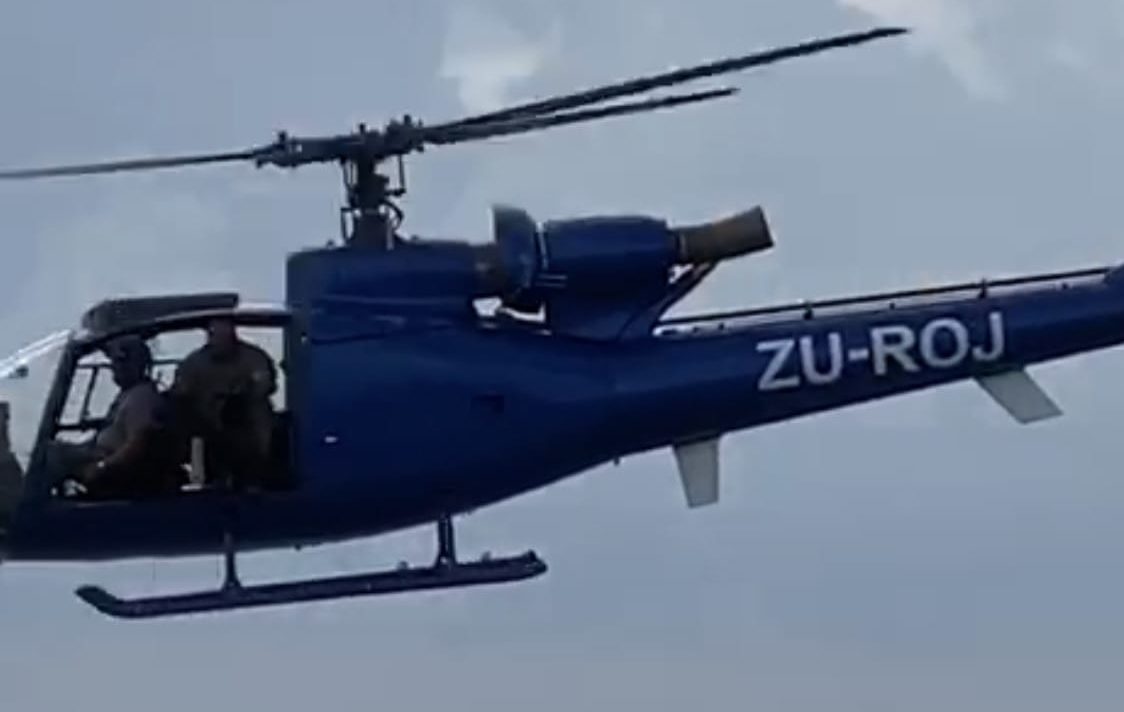 Light helicopter gunships strafed a base of the Ahlu Sunnah wa Jamaa (ASWJ) jihadists in Mozambique’s Muede area in April 2020 and then attacked their bases in Mbau in the Awassi district and in Muidumbe, according to security sources. (Photo supplied)

The attacks are the latest attempt by Maputo to defeat the insurgency which has been gaining ground daily in the country’s northern-most Cabo Delgado province.

Update: One of the DAG Gazelle helicopter gunships was forced to make an emergency landing after it was hit by gunfire on Friday morning during another attack on the insurgents, sources said. The crew escaped unharmed and destroyed the aircraft to prevent it from falling into enemy hands, they added.

They also said that the attacks had nonetheless been successful with many insurgent casualties. ”

Light helicopter gunships strafed a base of the Ahlu Sunnah wa Jamaa (ASWJ) jihadists in Mozambique’s Muede area on Wednesday and then attacked their bases in Mbau in the Awassi district and in Muidumbe on Thursday, according to security sources.

They said the attacks did not include ground forces although these might follow later. They did not know if the attacks had been successful and what casualties had been inflicted on the insurgents, who have recently intensified their attacks in the province, taking major towns, raising the flag of the Islamic State (IS) and winning over locals by distributing looted goods and money.

The precise identity of the private soldiers who participated in this week’s attacks is not completely clear. In his newsletter on Thursday, Joseph Hanlon, a usually reliable commentator on Mozambique, published a photograph which is being widely circulated on social media, of one of the helicopter gunships supposedly used in the attack. It shows someone operating what military sources have said is a 20mm cannon mounted in the door of the aircraft. 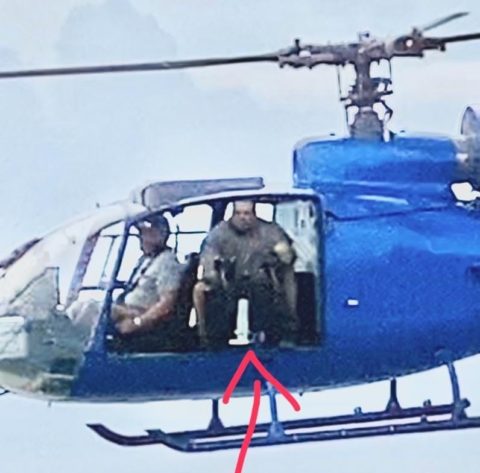 Hanlon identified the crew of the “South African-registered” gunship as members of the Russian private military company Wagner which reportedly entered Mozambique in November under a contract with the Mozambican government to help it defeat the insurgents.

However, two separate security sources told Daily Maverick that Wagner had pulled out of Mozambique in March after failing in its mission and that Wednesday’s aerial attack on the insurgents had been conducted by the private security company Dyck Advisory Group, (DAG) based in South Africa and owned by former Zimbabwean military colonel Lionel Dyck who is believed to be close to Zimbabwean President Emmerson Mnangagwa.

He is reputed to have helped Mozambique’s ruling Frelimo party defeat its rebel enemy Renamo in the 1980s, and to have helped Zimbabwe’s ruling Zanu PF put down a rebellion of its internal rival Zapu in the early 1980s.

The security sources said the private military companies had on Wednesday flown in three helicopters to Pemba on the Cabo Delgado northern coast — one Gazelle gunship, one Bell UH I “Huey” and one Bell 406 Long Ranger — and one fixed-wing Diamond DA42. They joined another Gazelle and a Cessna Caravan fixed-wing personnel carrier which had arrived in Pemba over the weekend.

The intervention of the new private military operators follows the apparent withdrawal from Mozambique of the Wagner private military company, which, according to security sources, had moved into the country in November 2019 but pulled out in March after suffering defeats by the insurgents.

The security sources said that the Wagner private soldiers did not understand the difficult terrain of Cabo Delgado. But the activities of Wagner — a company suspected of links to Russian President Vladimir Putin — have always been obscure and some observers insist it only came to Mozambique as personal security for President Filipe Nyusi and never had a mandate to defeat the Islamist insurgents.

According to its website, “The Dyck Advisory Group (DAG) is the result of years of experience in leading operations in the fields of Demining, Explosive Hazard Management, Specialised Security, Canine Services and Counter Poaching”.

“DAG is capable of rapid assessments of stated problems and the subsequent sourcing of required solutions. The appropriate solutions will then be put into place by DAG in an advisory capacity. If necessary, DAG will also oversee the solutions launch.”

The ASWJ insurgents — who have also been presented as loyal to Islamic State Central Africa Province (ISCAP) — an  affiliate of the global Islamic State (IS) — have been mounting ever-larger and more frequent operations in Cabo Delgado province, killing about 600 people.

The insurgency has been active since October 2017 and has become increasingly characterised by brutal attacks on government security forces and civilian villagers alike, in which the victims are often beheaded and otherwise mutilated. These are also trademarks of IS operations in the Middle East.

But in March the insurgents appeared to change tactics, when they mounted a large-scale attack by sea and land on Mocimboa da Praia, Mozambique’s northernmost commercial port.

They killed or drove out security forces and destroyed many buildings including the airport, government offices, shops and banks and raised the IS black and white flag. But they did not target civilians, instead mounting a hearts and minds operation to win over the local population, including by distributing to them looted food and money.

A few days later they did the same in the administrative capital of Quissanga and they have attacked several other towns and villages since. This week they mounted a major attack in Muidumbe district, Cabo Delgado.

They also reoccupied Bilibiza on Monday and at a meeting told local people that Islamic practices would now be followed, according to Hanlon’s bulletin, quoting various local media:

“On the same day they occupied Miangalewa on the N380 road in Muidumbe, and stayed the whole day.

“The N380 is the only paved road from Pemba to Palma and Mocimboa da Praia and has been reopened to light trucks.

“The occupation of Ntchinga was particularly provocative because this had been a Frelimo base in the liberation war; it is still a military base, and it is claimed the soldiers fled.

“The insurgents have been criticised by President Filipe Nyusi of being ‘faceless’ and not stating their goals. And they used their occupation of Ntchinga to record a second video to respond.

“At a public meeting, and speaking in the local language, kimwani, they said: ‘We are occupying this village to show that the government of the day is unfair. It humiliates the poor to the advantage of bosses. Those who are detained are those of the lower class, so this is not fair. Like it or not, we are defending Islam. We want an Islamist government, not a government of unbelievers. We are children of here and these faces are not new. And in the forest, we are many.’

“In the district town, Namacande, insurgents first attacked the security force base and the police post and captured weapons, then attacked public institutions and shops, notably the district government office, Millennium Bim bank, and the local petrol station.

“In Miangalewa they burned the Catholic church, shops, the workshop of the security firm Arkje, and kidnapped some people; one report says six people were killed.

“They attacked the military camp guarding the Japanese firm Konoike repairing the N380 bridge over the Messalo river. The soldiers fled and all vehicles and machinery at the construction camp were destroyed. In Muatade the secondary school, health post, houses and other infrastructure were burned.”

The increasingly bold attacks in Cabo Delgado are beginning to unnerve the foreign companies which are building facilities on the coast to extract and process the province’s vast gas reserves. The attack on Mocimboa da Praia particularly rattled them as it was close to their processing plant under construction and was being used to offload equipment. DM