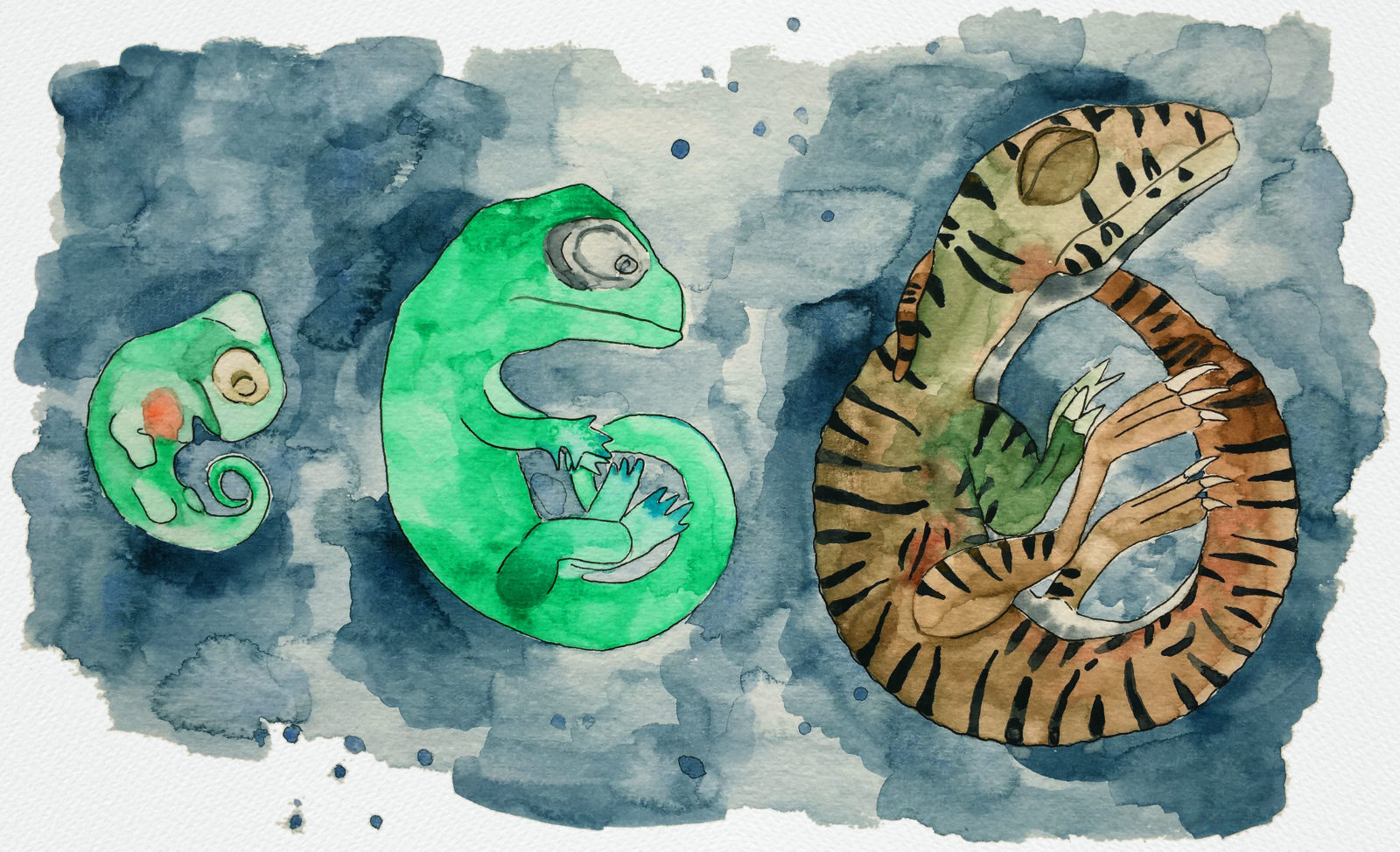 The gift of X-ray vision has allowed scientists a peek into the mechanics of deep evolution, which surprisingly hasn’t changed in 200 million years.

X-ray vision, provided by the European Synchrotron Radiation Facility (ESRF) in France, has enabled palaeontologists from the University of the Witwatersrand to study delicate dinosaur embryos hidden inside 200-million-year-old eggs.

The embryos were Massospondylus carinatus, a 5-metre long herbivore that once roamed what is now the Free State. The nest of eggs were discovered in 1976 in Golden Gate Highlands National Park and are believed to be among the world’s oldest dinosaur embryos.

But these youngsters were not giants like their parents; their tiny skulls were just 2cm in length, and they had teeth thinner than needles.

The X-ray scans, however, were able to create 3D images of the embryos, with such resolution that the researchers could focus in on individual bone cells.

“No one has looked at dinosaurs like this before, and the reason for this is that you need a really high-powered CT scanner to be able to do this, which is why the synchrotron is so useful,” says Dr Kimberley Chapelle, of Wits University’s Evolutionary Studies Institute.

The international team was led by Chapelle and Professor Jonah Choiniere, who is also from the Evolutionary Studies Institute. Their findings were published on Thursday in the journal Scientific Reports.

What the scientists found was that these Massospondylus embryos appeared to have developed in the same sequence as their modern-day reptilian relatives.

“It’s incredible that in more than 250 million years of reptile evolution, the way the skull develops in the egg remains more or less the same. Goes to show – you don’t mess with a good thing!” says Choiniere.

The 3D scans revealed other surprises too.

They discovered that the baby dinosaurs had two sets of teeth. One set was simple triangular teeth, that the scientists believed were either resorbed or shed before the babies hatched. This is seen today in geckos and crocodiles. The second set were similar to those of their parents, which they kept.

“There are a few hypotheses as to why this is. One of them is that in order to be able to have a full set of teeth, you need to follow a replacement pattern.  And hopefully it might give us a clue as to why this still happens today,” says Chapelle.

From noting the similarities with developing embryos of modern relatives like crocodiles, chickens and turtles, Chapelle was also able to come up with a time of when the embryos died. It was originally thought they died shortly before hatching. She believes that they were much younger and were only 60% through their incubation period.

Massospondylus were the impalas of their day. They were numerous, and hundreds of their fossilised remains have survived. Chapelle likes to think of Massospondylus as the “proudly South African guy” that has only been found in southern Africa. They are the ancestors of those more famous mega giant dinosaurs such as Brachiosaurus.

With so many Massospondylus fossils around, palaeontologists have been given a rare glimpse into the entire life cycle of this dinosaur.

They have been able to examine embryos, babies, teenagers and the elderly. A rarity in science where an entire species can be represented by a single fossil.

To understand more about dinosaur embryonic development the team plans to use the synchrotron to peer into more fossilised eggs.

“And hopefully one day we’ll have a broad sample and we will be able to answer questions like did dinosaurs develop as fast as birds, or were they more like crocs who are slower in their development? And this could be the reason why they were so successful, because they were able to figure out how to develop so quickly,” says Choiniere. DM

Climate change: Could the 2020 drop in CO2 emissions be a gamechanger?