It’s all about the economy, Covid-19 lockdown or not

It’s all about the economy, Covid-19 lockdown or not 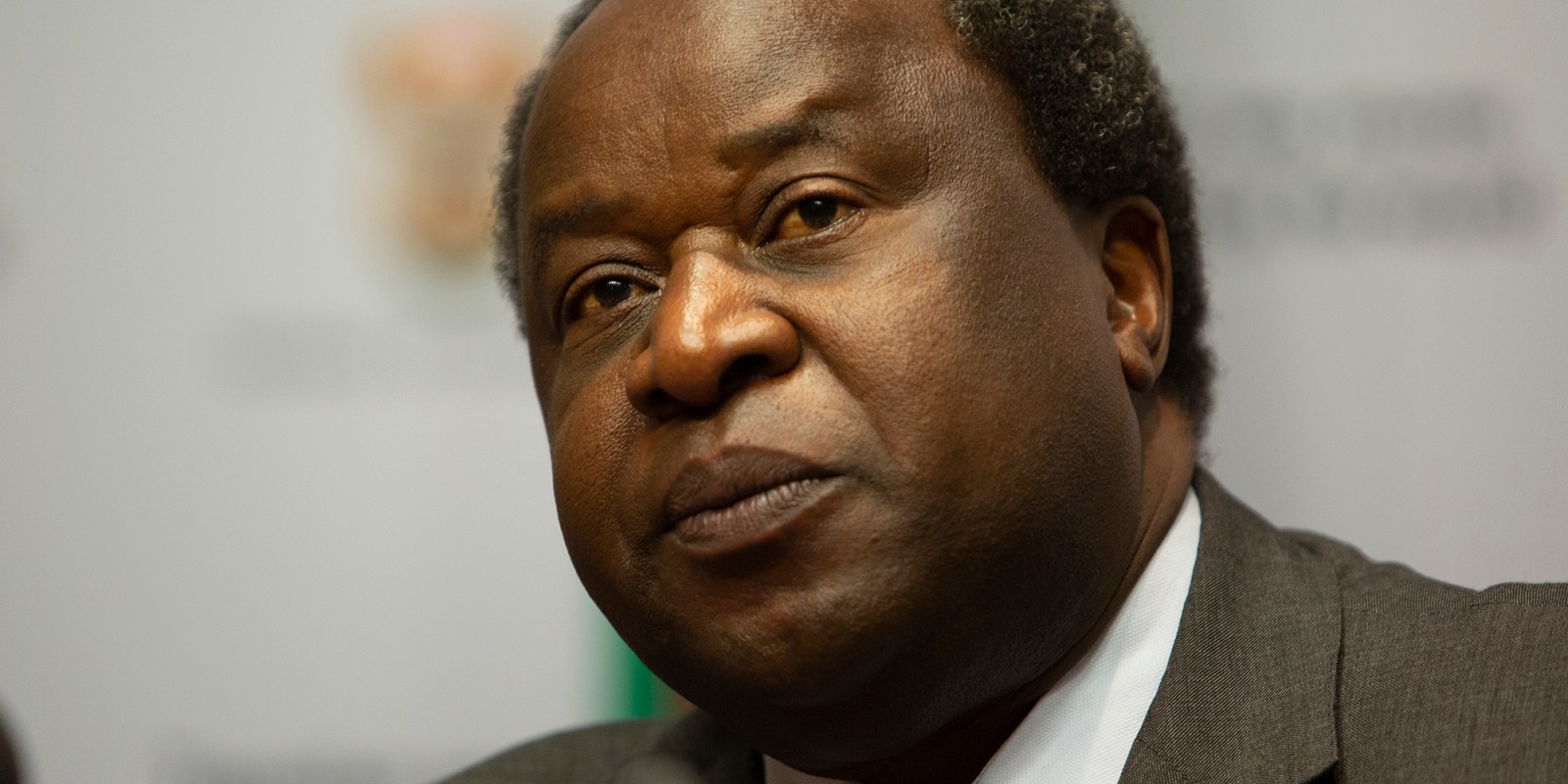 No amount of sugar-coating will take away the sharp, direct and immediate negative impact of the Covid-19 lockdown on South Africa’s economy, already in recession.

Amid speculation that the Covid-19 State of Disaster lockdown may be extended, a special Cabinet meeting on the economy is planned for Thursday 9 April. Ultimately, a decision must be made amid public health threats, securocrats’ power play and economic calamity.

Whichever way it goes, it’s not going to be pleasant.

The securocrats are making a play for control using the State of Disaster regulations to try to sidestep accountability while conducting shows of force at roadblocks. Meanwhile, the lockdown booze ban is doing the work the SAPS seem unable to do, closing down illegal taverns.

The health department is working flat out to stay on top of the Covid-19 pandemic, from testing to community awareness and treatment. Resources are stretched, and trade unions are taking the department to court for failing to provide personal protective equipment to frontline staff.

Given the immediate, critical issues of this public health emergency, the economy seems just a little bit too remote to be of concern right now.

With joblessness at 38.7% on the expanded definition that includes those who’ve given up even trying to look for work, a significant proportion of households, particularly in the more rural provinces, rely not only on social grants, but remittances.

These transfers make up 23.2% of household income in Limpopo, 22.7% in the Eastern Cape and almost one in five Mpumalanga households (19.2%), according to Statistics South Africa’s 2017 General Household Survey.

The lockdown is disrupting this remittance income stream.

Small business owners are particularly hard hit. While a range of relief is on offer from the tourism and small business development departments, it is linked to qualifying criteria like registration, tax compliance and 100% South African ownership.

Six University of Cape Town postgraduates and two entrepreneurs from Philippi, who work with the non-profit organisation Phaphama SEDI, have conducted a survey of 233 entrepreneurs across 17 industries in six provinces that has highlighted gaps.

Only 166 of the 233 SMMEs would qualify for the special Covid-19 relief on offer, while 87% of respondents indicated they could not support themselves during the lockdown. And 86% of respondents indicated they did not know where to go to access relief, according to the survey, “Covid-19: The impact on small businesses and gaps in current solutions”, released on Wednesday.

Never mind the lockdown impact on vulnerable workers, or those in companies of less than 10 employees who do not qualify for the special Covid-19 national disaster benefits paid from Unemployment Insurance Fund (UIF) via companies, bargaining chambers and sectoral associations. Given the publicly and officially acknowledged lacklustre capacity, UIF benefits may be delayed for weeks, possibly months.

No amount of sugar-coating will take away the sharp, direct and immediate negative impact of the Covid-19 lockdown on South Africa’s economy, already in recession.

The South African Reserve Bank (SARB) on Monday 6 April said the direct impact of the 21-day lockdown was a 2.6% economic contraction.

The bank’s longer-term forecasting for the remainder of 2020, according to its April monetary policy review, is grim: 370,000 formal sector jobs to be lost, 1,600 small businesses going insolvent, and economic growth at -4%.

Effectively, blown to shreds are the assumptions on which February’s Budget was based, be that a 0.9% economic growth, or improved tax collection.

Never mind the rising costs of borrowing now that South Africa has also been junked by Moody’s and must leave the FTSE World Government Bond Index. Debt service costs, according to the 2020 Budget, are R229.3-billion in the 2020/21 financial year.

Regarding a possible extension of the Covid-19 lockdown, the SARB on Monday was careful not to be too precise on the numbers; much was a work in progress and depended on the next two quarters of the financial year.

Less coy about a lockdown extension has been ex-miner turned ANC official and now Minister of Mineral Resources, Gwede Mantashe. Worried about jobs and industry, he’s been asking for input on what should happen if the lockdown is extended. By all accounts, some 70% of miners would be allowed to return to work.

A leaky lockdown then.

To boost the economy, the SARB dropped the repo rate by 100 basis points to 8.75% in March, is buying government bonds and allowed banks to drop their reserve levels. On Monday it said much of the economic recovery would depend on effectively passing the ball to the private sector, and National Treasury.

But it’s not all rosy over there. National Treasury’s response to the Covid-19 economic impact has been described as muted at best, and sharply criticised at worst.

Two bills to enact proposed tax measures of R500 tax savings via the Employment Tax Incentive Scheme remain open for public comment until 15 April. The measure will apply for three months from 1 April 2020, once Parliament passes the draft laws.

Some economists and analysts have called for an emergency Budget to be tabled in Parliament shortly after the Covid-19 lockdown is lifted, rather than kicking for touch to make spending adjustments only in October’s Medium-Term Budget Policy Statement.

Intellidex analyst Peter Attard Montalto has argued an emergency Budget would provide the economy with the transparency needed to avert long-term damage to productivity and jobs.

“National Treasury needs to urgently present an updated fiscal framework…. Markets know it’s going to be bad. That is not the point; the issue is to define a credible path back given the view of permanent revenue losses,” he wrote in a recent brief.

“The risk, however, is to delay and being too sticky with a conservative status quo.”

But it’s understood Finance Minister Tito Mboweni is not a fan of an emergency Budget.

Instead, he proposed approaching the International Monetary Fund (IMF), specifically for health funding.

“We take no ideological position in approaching the IMF and World Bank. They are creating facilities for this environment and SA should also take advantage of those facilities in order to relieve pressure on the fiscus,” Mboweni told the Sunday Times.

Rwanda has obtained $109.4-millon from the IMF, while Ethiopia secured $82.6-million from the World Bank to help fight Covid-19. If Ethiopia and Rwanda could do it, perhaps so should South Africa.

Mboweni was told not only the IMF was not an option, but that he should also mind his words, after the meeting of the Alliance Secretariat representing the governing ANC, labour federation Cosatu and the South African Communist Party (SACP).

“[T]he secretariat reaffirms the need to safeguard South Africa’s democratic national sovereignty, the fundamental right to self-determination, our independence – which are non-negotiable, even in the midst of a crisis,” said its official statement issued on Monday 5 April.

In a second rap over the knuckles in just over two months – in January 2020 it was for dissing SARB nationalisation – Mboweni was told, “pronouncements that will subordinate our sovereignty to the dictates of the IMF and the like were a reminder… to underscore the importance of a coherent and disciplined approach to communications.”

While the IMF is off the cards, according to the Alliance Secretariat, it wants consideration of “all sources of domestic finance” in a clear hint at prescribed assets – effectively, pension funds investing in stipulated areas – while urging the SARB to collaborate with public development finance institutions. Meanwhile, an alliance task team would now “work urgently to formulate proposals to present to government”.

Ramaphosa, during Tuesday’s visit to Rand Water, now dubbed the National Water Command Centre, indicated no decision on extending the lockdown had yet been made.

“We will be able to make a proper, scientific assessment in a few days’ time to see how well this lockdown is serving the people of our country,” said the president.

He added that strategies and plans would be found to address key challenges like “making sure that the economy of our country is in a position to sustain the lives of our people beyond coronavirus”.

If the 21-day Covid-19 lockdown has sharpened South Africa’s economic pain, more will follow on a lockdown extension.

Add a dose of ideological contestation and politicking, and none of the Cabinet discussions on the economy will be easy. Neither will be the decisions. DM