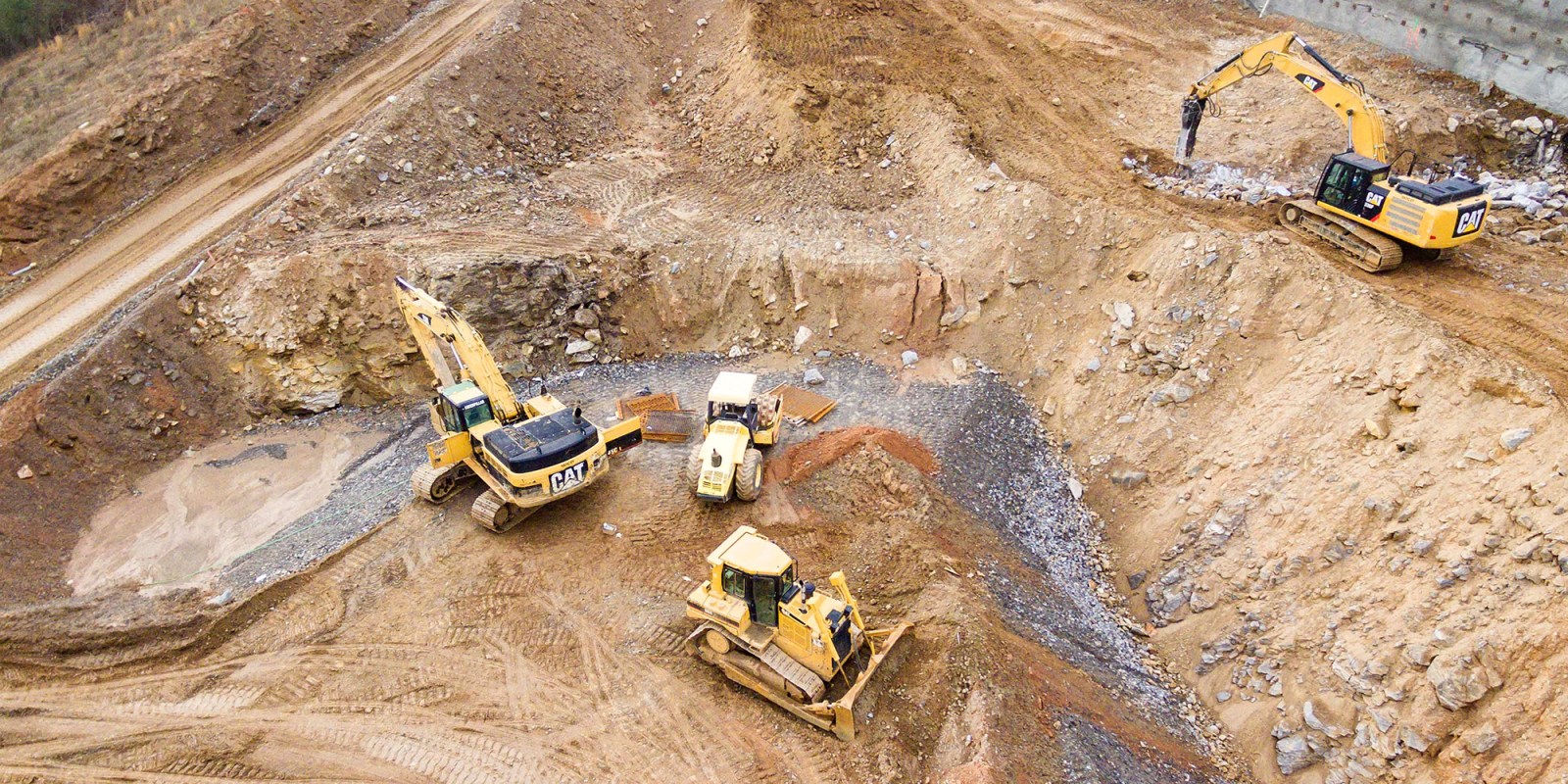 Mantashe is taking a proactive stance on the rebooting of the mining industry. Government is clearly concerned about the unfolding impact on South Africa’s already brittle economy, which has also just suffered twin credit rating downgrades on top of the lockdown. (Photo: Unsplash / Shane Mclendon)

Business Maverick understands that the Minerals Council SA, some unions and the government have agreed in principle that 60% to 70% of the mine labour force will go back to work on 16/17 April, with protocols in place to contain the spread of Covid-19. It remains unclear if the lockdown will be extended beyond then, but the mining industry is planning to reboot as quickly as possible.

Mineral and Energy Resources Minister Gwede Mantashe met with some unions and the industry on Wednesday 8 April to plot a way forward to keep the crucial industry humming. This follows Tuesday’s meetings that we reported on when the minister discussed available options in the event the lockdown is extended.

A well-placed source, who asked not to be identified but with direct knowledge of what was discussed, told Business Maverick that the: “Minerals Council and the department and unions have agreed that mine workers must go back on the 16th and 17th of April.”

“When they come back to work, parties have agreed that intensive screening must be done and those who are found to be infected must be isolated and those who are sick must be sent to hospital. The industry has agreed to make its hospitals available and 60% to 70% of the workforce is expected to go back to work,” said the source.

Miners who have not been working will be paid for the 21 days of lockdown and companies that cannot afford to do so will engage with the Department of Labour for UIF benefits.

Mantashe tweeted on Wednesday that he was meeting with some unions and the Minerals Council confirmed that it had been in meetings with the minister regarding the mining industry’s response to Covid-19. But neither has released a statement about the outcome of the meetings.

In a statement released on Thursday afternoon, the Minerals Council said it  “has been engaging with the DMRE and unions in recent days to establish a way forward on how to work safely under the constraints of Covid-19. The disease is likely to be with us for some months yet, with some experts indicating a likely peak in June this year.”

“When we do resume operations as an industry, it will not be business as usual. But it is premature to comment on when such a resumption may be. This will depend on decisions that government as a whole will take on the approach following the end of the current lockdown period, and it will be within a holistic view of the entire economy. The mining sector will continue to abide by and support the positions taken by government in this regard,” it said.

It went on to say that: “When operations do resume, the industry will be well-placed to enter into this new phase of operating in a Covid-19 constrained environment. Employee health will be assessed at the resumption of operations in line with World Health Organisation (WHO) protocols, including assessment of possible symptoms, travel history and recent contacts. Proper social distancing and face covers in some circumstances would be adhered to during this time.”

The Minerals Council also said any ramp-up will depend on a range of factors.

“Similarly, mining operations would scale up appropriately depending on the nature of the operation (surface or underground), the availability of employees (depending on travel restrictions being lifted from neighbouring countries), appropriate restart procedures (similar to those that would have been undertaken after any extended shut-down) and the nature of the spread of the epidemic in South Africa,” it said.

It must be said that Mantashe, the industry and labour are all taking a proactive stance on the issue amid widespread concern about the unfolding impact on South Africa’s already brittle economy, which has also just suffered twin credit ratings downgrades on top of the lockdown.

Eyebrows might be raised but the fact of the matter is that government and all stakeholders need to find a way to restart parts of the economy in a safe way that does not hasten the spread of the virus. This remains uncharted territory and it is not clear if the National Command Council in charge of government’s response to the pandemic will give the green light. A lot will probably depend on how infection rates pan out in the coming days.

Business Maverick also understands that neither NUMSA nor AMCU were at the meetings, highlighting emerging labour divisions on the issue.

AMCU said in a statement that it wanted national Covid-19 regulations gazetted by government for the mining and energy sector, and that it had tabled these demands in a letter to the minister.

“As AMCU, we will not support any ramp-up of operations at mines before these regulations are agreed upon and gazetted accordingly. We can simply not afford to let mineworkers die due to a lacking and uncoordinated approach to this pandemic by the individual mines,” AMCU President Joseph Mathunjwa was quoted as saying. AMCU’s buy-in will be crucial to a smooth restarting of the sector.

Coal mines that supply Eskom, some iron ore operations and some mechanised and open-pit platinum and chrome mines have been producing at reduced capacity during the lockdown. There are medical applications from platinum and chrome which partly explains why they have still maintained some production.

Other industries are presumably pursuing similar initiatives in the face of the crisis but nothing is set in stone at this stage. The mining sector accounts for about 8% of South Africa’s GDP and employs close to 450,000 workers. On average, each miner has eight to 10 dependents, which include extended family networks in poor rural areas. Like everything else right now, the stakes are as high as the margin for error is thin. BM