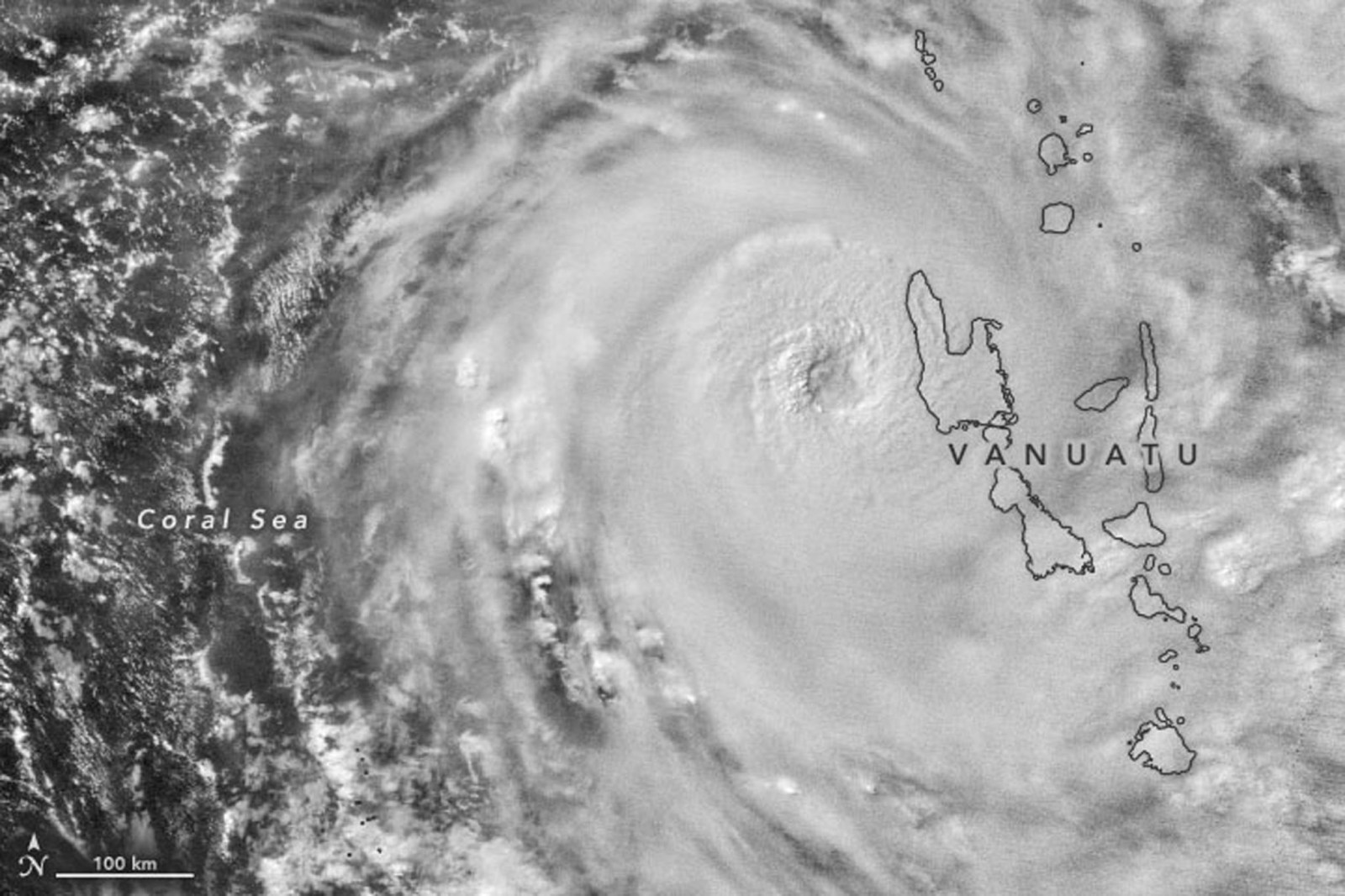 epa08348022 A handout picture made available by the National Aeronautics and Space Administration (NASA) shows a satellite nighttime image of Tropical Cyclone Harold approaching Espiritu Santo, Vanuatu's largest island, 05 April 2020 (issued 07 April 2020). On 06 April 2020, residents of Vanuatu woke up to devastating winds and heavy rains as Tropical Cyclone Harold made landfall on the Pacific island nation. The category 5 storm with sustained winds of approximately 215 kph near its center, is one of the strongest storms ever to hit the small island nation. Harold ripped roofs off of buildings, caused heavy flooding, and cut communication lines on the country's largest two islands, media reported. EPA-EFE/NASA EARTH OBSERVATORY HANDOUT HANDOUT EDITORIAL USE ONLY/NO SALES

Cyclone Harold, its strength ranked in the highest category of five, passed over Fiji’s south at about midday, levelling homes and snapping communications links in the archipelago, which has adopted curbs on movement to rein in the virus.

“As to the number, as well as the intensity, of the injuries, that’s yet to be ascertained.”

There were no immediate reports of deaths, but about 10 houses in Suva were reported destroyed, Soko added.

Emergency officials were scrambling to establish contact with the southern island of Kapavu, after the storm severed communications with it, Soko added.

The ferocious storm has cut a path through the Pacific, which is already on high alert for an outbreak of the flu-like virus that has infected 1.4 million people globally and killed 82,000.

Although Fiji has just 15 infections and no deaths, Prime Minister Frank Bainimarama has banned unnecessary gatherings of more than 20 people, among other curbs.

Bainimarama urged all Fijians to stay indoors unless told to evacuate.

“Our evacuation centres are safe, they are sanitised and monitored to ensure they do not surpass capacity,” he said in In a social media posting on Wednesday.

“Those under quarantine due to the threat of coronavirus will not mix with others.”

The cyclone, which has killed dozens in the Solomon Islands before destroying buildings in Vanuatu, was expected to make its way to Tonga within days, weather forecasters said. (Reporting by Byron Kaye; Editing by Clarence Fernandez)