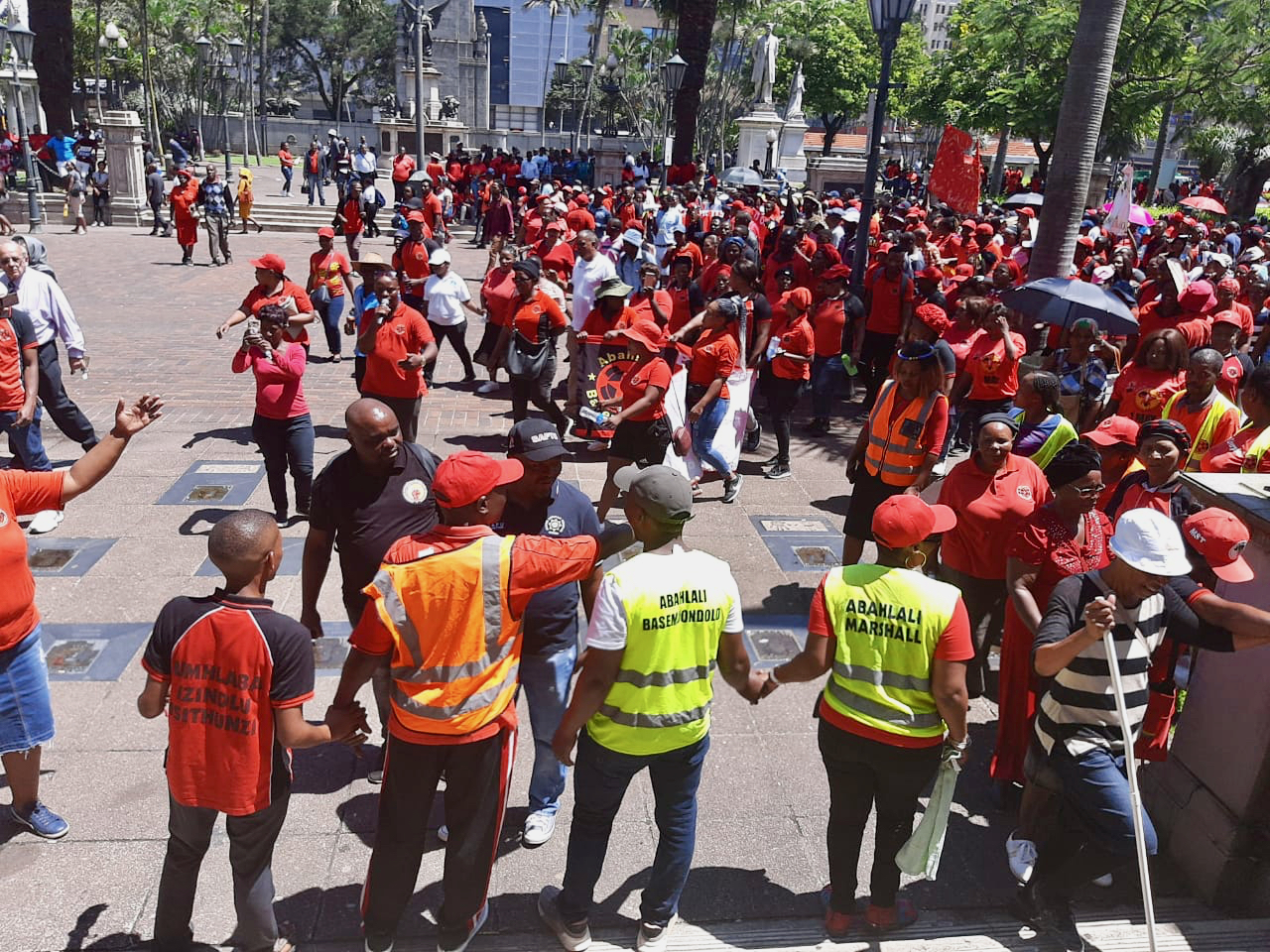 Covid-19 does not mean that there must be a holiday in respecting the laws of the country, says Durban mayor.

Shackdweller movement Abahlali baseMjondolo failed to secure an interdict against the Ethekwini Municipality to stop what it says are illegal evictions.

Abahlali went to the Durban High Court on Tuesday saying the City had violently evicted residents of Ekuphumeleleni in Marianhill and Azania in Cato Manor.

The Covid-19 lockdown regulations put a halt to any evictions even if there is a court order. However, the City is still empowered to halt “land invasions” and to demolish “unoccupied shacks”, which is what the City’s land invasion unit claims it was doing when it destroyed shacks in the two settlements.

But Abahlali says this is the City’s “routine response”, and over the years the movement has won numerous cases by collecting detailed evidence in the form of photographs and affidavits proving long term residence in shacks that were demolished.

According to the movement, on Monday Judge Mohini Moodley asked both parties to discuss the matter and find solutions on their own.

Abahlali wanted to rebuild shacks. The City refused. It offered alternative accommodation in emergency camps set up for homeless people during the lockdown.

But Abahlali movement said its members did not want to be moved to camps as there was no guarantee that they would be able to return to the land where they are part of a community, and close to their employment and the schools their children attend.

They were also worried about conditions in the camps, including the difficulty of social distancing and the high percentage of people with serious untreated addiction issues.

“Some of the women who had been evicted did not feel that these camps would be safe for them and their children,” said Abahlali’s deputy president Mqapheli Bonono in a statement.

Abahlali’s legal team argued that the City’s own evidence showed that shacks were occupied prior to the evictions: “The photographs that we have shared of the evictions, which can be seen on our Facebook page, clearly show beds, mattresses, other furniture and a fridge amidst the remains of the shacks that were destroyed.”

However, Judge Moodley was not convinced.

Mayor Mxolisi Kaunda said the matter was “ laden with disinformation aimed at ruining the City’s image”.

“Covid-19 does not mean that there must be a holiday in respecting the laws of the country … We are a caring municipality and have mobilised resources to provide shelter to more than 4,000 homeless people.”

“Over and above that, we have ensured that we meet the needs of our residents living in informal settlements, hostels and transit camps to protect them against contracting this lethal virus. Why would we demolish shacks that are occupied by the poorest of the poor?” said Kaunda.

“People are really scared,” said Bonono. “They don’t know what will happen tonight, tomorrow or the next day. We all fear that there will be more violence. The situation in which we have suddenly found ourselves in is very uncertain. In this lockdown, we cannot use the streets or the courts in the way that we have done so successfully during 15 years of struggle against evictions.”

“State violence and evictions became particularly urgent during this time of worldwide health crisis in which impoverished people are most at risk,” he said. DM