Covid-19: City of Cape Town and national government bicker over housing of refugees 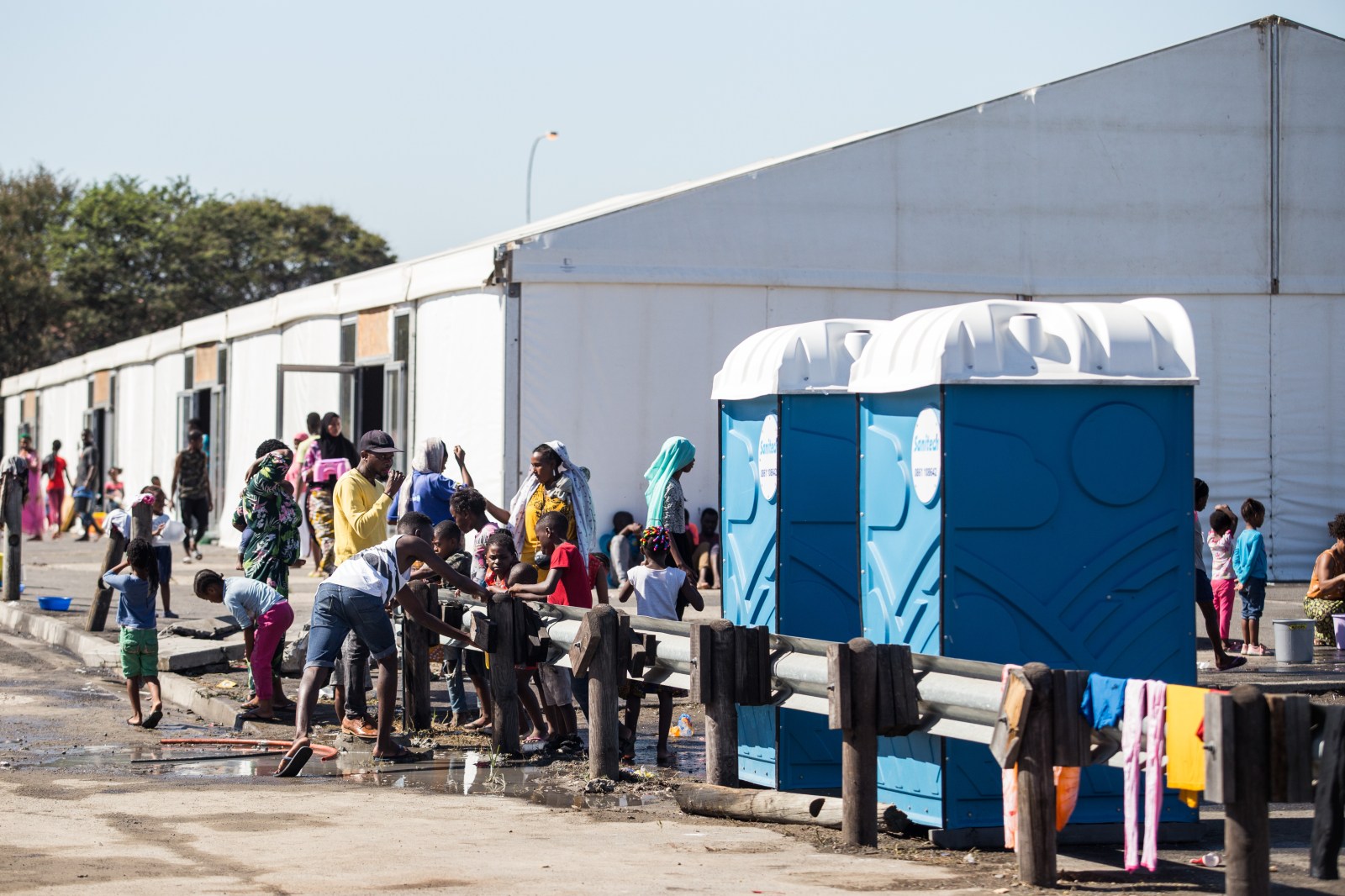 The removal of ablution facilities by Public Works from the Paint City shelter in Bellville has sparked another row. (Photo: Ashraf Hendricks)

City claims Bellville site is not compliant with anti-virus regulations.

A squabble between the City of Cape Town, and the departments of Home Affairs and Public Works and Infrastructure has laid bare tensions between the municipal and national spheres of government.

The disagreement, ten days after the Covid-19 lockdown was announced by President Cyril Ramaphosa, appears to centre on the use of the Paint City site in Bellville, which is land owned by the City, to house refugees. The City claims that the site shouldn’t have been used as it is not compliant with Covid-19 regulations.

The City claims that it was blindsided by this removal and by the use of the Paint City site in Bellville.

On 5 April, Cape Town Mayor Dan Plato described the removal of the refugees by the police as “premature”. The Paint City site, he said, “is not compliant with the applicable Covid-19 regulations and this may well result in a further relocation being required in due course.”

The departments of Home Affairs and Public Works responded in their own statement, accusing the City of trying to mislead the public. They said the Mayor had agreed to use the site for “non-nationals” but had pulled out of plans for the removal of the refugees the evening before the removal was to go ahead.

The statement quotes from a letter that Minister of Public Works and Infrastructure Patricia De Lille sent to the Mayor, in which she says the agreement to use Paint City “reached by yourself as the Executive Mayor of Cape Town and myself when we went on site together and then communicated to Minister Motsoaledi, the Minister of Home Affairs who is responsible for these matters, was that the Bellville Paint City site was for the non-nationals”.

The statement says the Mayor’s undertaking was reversed by councillors JP Smith and Ian Neilson.

In response to the statement from the two departments, the City released another statement, saying that the City has “observed and carried out our services 100% in line with the Covid-19 regulations” and reiterating the claim that the Paint City site was not intended for refugees.

Meanwhile, on Sunday 5 April, the City began moving homeless residents to Strandfontein Sports Grounds, a series of windswept fields facing False Bay and next to the Strandfontein Sewer Works. This site is very similar to the Paint City site in that there is no gender division in the tents, no privacy, no enforcement of social distancing, and 200 people per tent. When GroundUp visited the site on Tuesday, there was no adherence to entry protocols for visitors, no protective equipment like masks, and no on-site medical personnel.

The City has not answered GroundUp’s questions about the use of other facilities, including the Cape Town International Convention Centre, which is 71.4% owned by the City and 23.2% owned by the Western Cape government.

When GroundUp sent enquiries to the offices of JP Smith and Ian Neilson we were referred back to the Mayor’s statement. DM