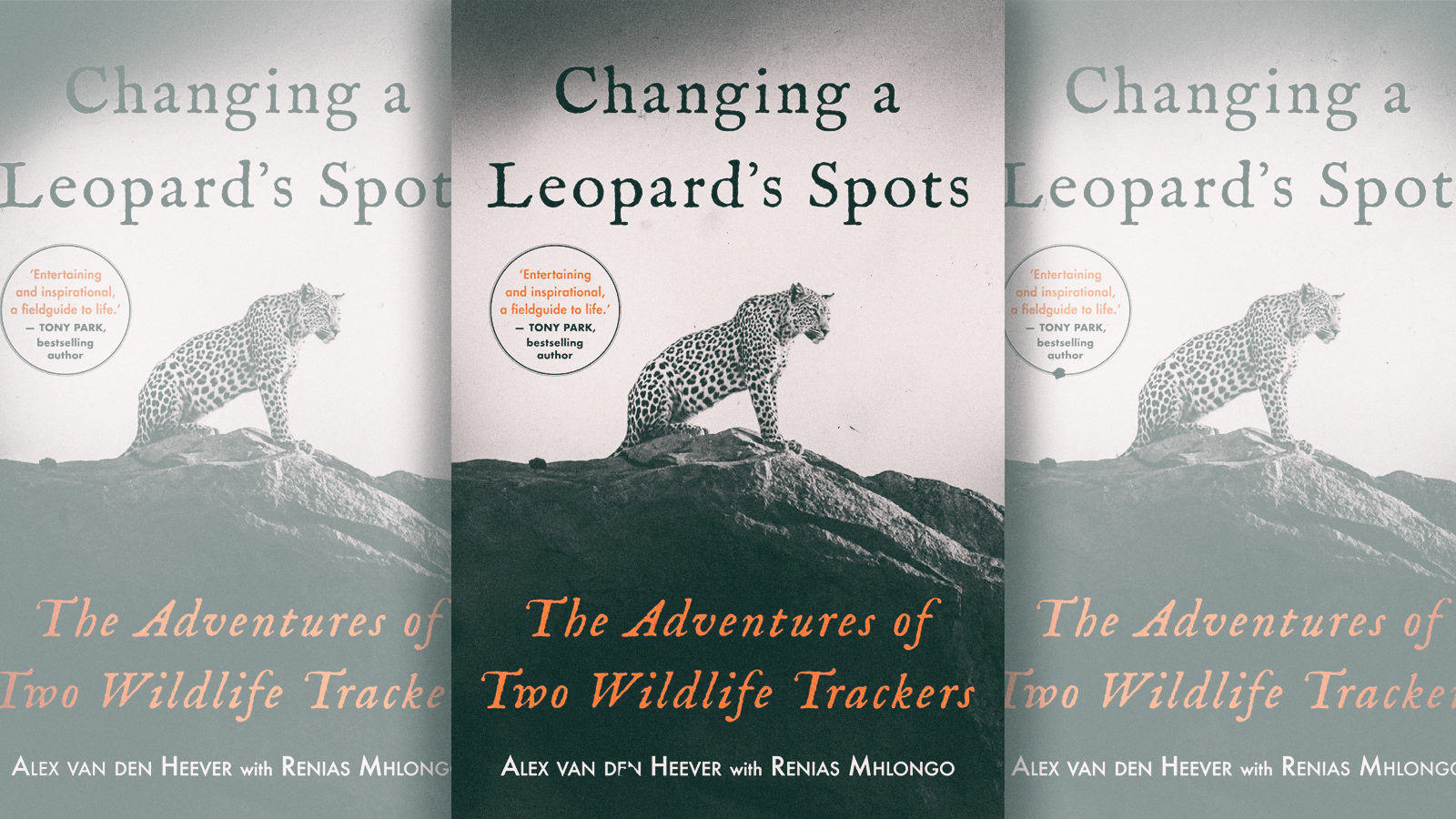 There is a herd of books out there by white South Africans or white foreigners about game ranger reminiscences or elephants in kitchens and that sort of thing. Ed Stoddard reviews ‘Changing a Leopard’s Spots: The Adventures of Two Wildlife Trackers’.

Some of the books written about wildlife are excellent, such as those by the US lion expert Craig Packer or the late South African conservationist Ian Player. But many tend to romanticise African wildlife in a Karen Blixen kind of way, often blithely missing the point that for many Africans the continent’s wildlife is a curse rather than a blessing.

Things have improved since Joy Adamson, a vile racist, spewed anthropocentric nonsense about lions in Born Free. But Africans in much of the wildlife musings by white – for they are always white – writers are often airbrushed out of the landscape or find themselves objects of abject pity who stand to benefit from uplifting “eco-tourism” projects. It is certainly true that this sector of the economy does create jobs. What goes unstated is that such jobs are often menial or low paid, and that the sector thrives on cheap labour. There are many examples along these lines. Standouts include the wretched prose of Kuki Gallmann.

So this reviewer was pleasantly surprised by Changing a Leopard’s Spots: The Adventures of Two Wildlife Trackers, which stands out from this pack. Alex Van den Heever as a young man pursued a career as a game ranger at the upmarket Londolozi safari lodge on the banks of the Sand River by the Kruger National Park. There, he forged a friendship and partnership with Renias Mhlongo, a sort of “tracker’s tracker” who can discern the drama of the bush with piercing insight. Mhlongo shares the byline with the qualifier “with”, which is also a rarity – wildlife and nature conservation have generally not been pressing concerns for black South African writers. Wildlife issues highlight the differences that remain between black and white South Africans and the conflicting priorities of Africans and non-Africans.

Van den Heever and Mhlongo have worked together for years, formed deep bonds across cultures, and established a tracking academy together. Van den Heever learned to speak Mhlongo’s Shangaan language and along the way, explores South Africa’s lingering racial and cultural divides. He offers a refreshingly honest assessment of his own views and prejudices, one that moves beyond the standard white liberal guilt prattle that can also be a feature of South African writing. A metaphorical leopard can change its spots.

We also learn how Mhlongo grew up in the bush, in an area where livestock and humans could fall prey to dangerous wildlife which included leopards and lions, living below what I have termed elsewhere the “faunal poverty line”. Two completely different backgrounds, separated by the barriers of apartheid, which would also produce different views on wildlife. Yet their divergent paths would meet and the pair would blaze a trail together, one track at a time.

At a time of lockdown, it must be said that this crisply-written book offered an enjoyable chance to “travel” with this fascinating pair to South America to track jaguars and to Wyoming on the trail of grizzly bears.

The pair’s efforts to protect and nurture the ancient art of wildlife tracking, which they have both mastered, are laudable. And training trackers to work in wildlife management or eco-tourism has the added benefit of providing young people from poor rural backgrounds with a rare and marketable skill, setting this initiative apart from many others.

Tracking is a real skill that is extremely difficult to acquire – some might even call it an art. This reviewer is a fresh-air fiend with a passion for the African bush, but can still hardly tell one track from another. I have always been astonished at the ability of trackers and professional hunters to examine a highway of tracks and other signs to piece together what has taken place. The descriptions of tracking leopards and other dangerous wildlife in this book are riveting while including enough detail to keep a layman interested.

So, their school – which is called the Tracker Academy – is doing its bit. Hopefully, it also will help to bridge the gap between the ways that Africans and non-Africans often view wildlife.

For now, this reviewer looks forward to a memoir someday by one of the academy’s African graduates. DM/ ML