Africa can transform itself in 10 years, says former Et... 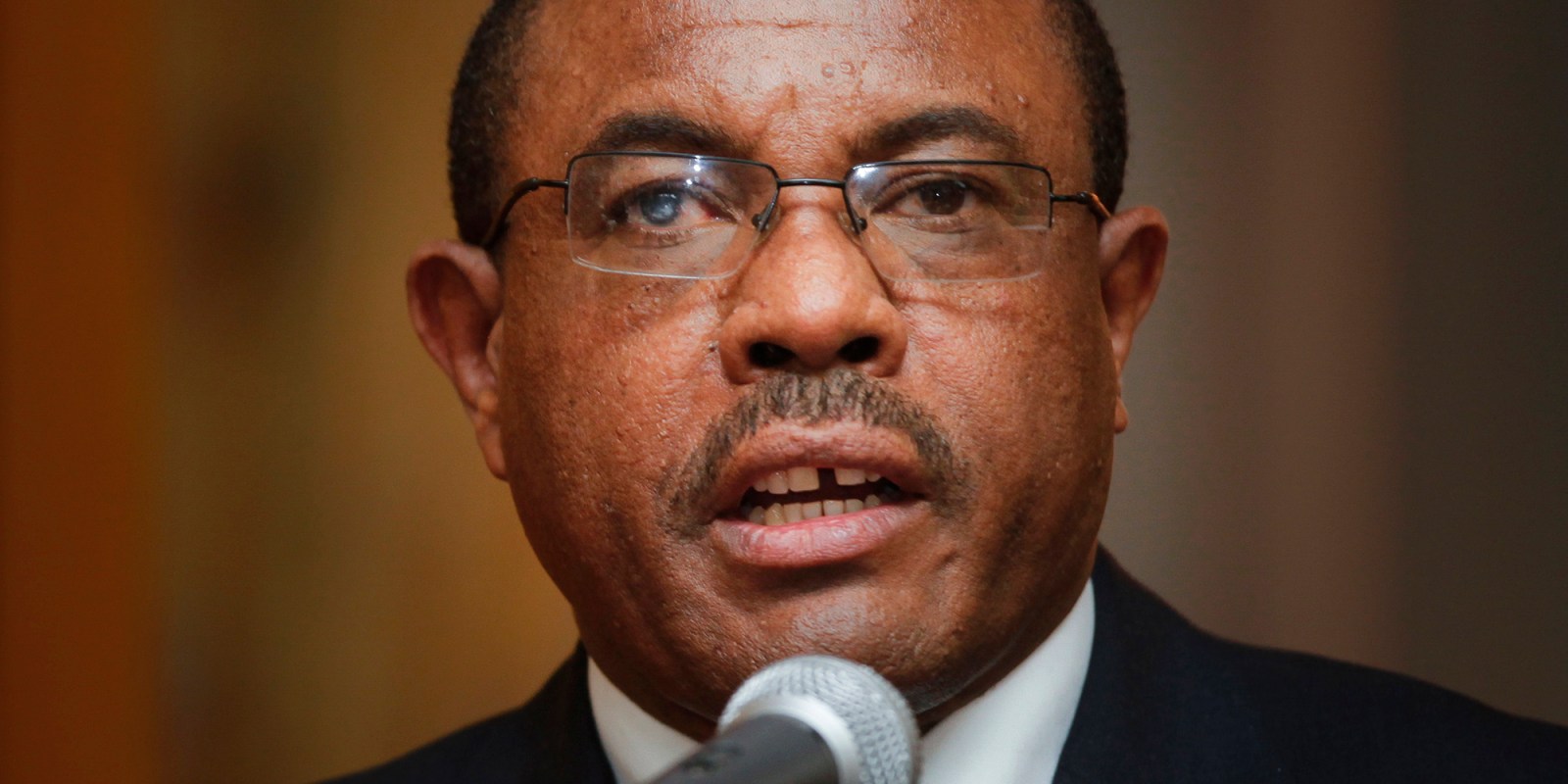 An African leader who knows when to step down is an exception. Former Ethiopian Prime Minister Hailemariam Desalegn was elected in 2012 and was responsible for several significant achievements. Then he resigned in 2018 to make way for a new leader who could continue to democratise the country.

Africa’s heads of state have a tendency to “hold on too long”. Leaders like Equatorial Guinea’s Teodoro Obiang Nguema Mbasogo (41 years in office), Cameroon’s Paul Biya (38 years in office), Uganda’s Yoweri Museveni (34 years) and Rwanda’s Paul Kagame (20 years) have set the tone for a lifelong kind of leadership.

In this context, an African leader who knows when to step down is an exception. Hailemariam Desalegn, former Prime Minister of Ethiopia, is therefore not your average African leader.

Under his watch, the country enjoyed success and stability: double-digit growth throughout his tenure, an end to the longstanding conflict between his country and Somalia, a reduction in poverty from over 70% to below 25%, and the delivery of several big infrastructure projects such as hydro energy infrastructure and several industrial parks.

Despite these successes, Desalegn shocked his country and the continent by resigning in April 2018, becoming the first modern Ethiopian leader to do so. He explains his decision with a calmness only hindsight can bring: “We had some difficulty democratising the country in the way that it should be,” he proclaims.

His party, a traditional right-wing outfit with Marxist-Leninist roots, came with baggage which hindered the involvement of the private sector in the economy. “We needed deep reform,” he says in recognition of the stalemate the country had reached politically.

Meanwhile, ethnic tensions were threatening to destabilise the country. After spending significant time outlining what was needed as part of the “deep reform agenda”, in which nation-building was to come to the fore, Desalegn realised that these reforms could not take place as long as the party was being held back by its old guard. “We needed to reform fast. And if I didn’t withdraw, the old leaders would not step aside either.”

“My withdrawal was necessary. I withdrew, and the old guard withdrew with me; so now the party can move [forward] without any hindrance. I [knew] a new leader with no baggage was needed to push forward this agenda.

“I think I am successful in doing so,” he adds, rather modestly.

And so, Desalegn stepped aside to let the 41-year old Abiy Ahmed take over, representing a whole new kind of leadership for Ethiopia. Ahmed later went on to win the Nobel Peace Prize in 2019 for his efforts in ending the conflict between Ethiopia and Eritrea.

Desalegn was born in 1965 into the Wolayta ethnic group. His father was a school teacher and instilled an appreciation for education in his son from a young age.

He grew up watching his father fighting for justice, even being imprisoned and exiled for it. These images would stay with him, inspiring him throughout his political career. Little wonder that he remained true to his own convictions, defying the old mould for leadership in Africa.

His father was of royal descent, “from a feudal family that had land”, says the former PM, yet he stood up to his own brethren and laboured for a more equitable distribution of wealth and land, especially for farmers. For this reason, Desalegn says, “agriculture still remains deep in my heart”.

Desalegn grew up to study engineering, receiving a degree from Addis Ababa University in 1988, followed by a master’s degree in sanitation engineering from Tampere University of Technology in Finland.

Following a rich career in academia, he entered politics in the late 1990s, soon becoming deputy and later president of the Southern Nations, Nationalities and People’s Region (SNNPR) faction of the ruling party. As president of the SNNPR, he began working as an advisor to the prime minister.

On his technocratic background, he says that it taught him to appreciate the role of physical infrastructure as a driver of growth. “I could understand that if there was no infrastructure, the private sector could not compete,” he notes. Advising his predecessor Meles Zenawi, he made sure to shift the prime minister’s focus away from “small-scale issues”, helping him reach the conclusion that Ethiopia needed big infrastructure.

After Zenawi’s death in August 2012, Desalegn, then deputy prime minister, took over the reins.

The biggest lesson he’s learnt? “Selfless leadership,” comes his reply. “One generation has to sacrifice for the next generation to move forward,” he says.

This has left Desalegn with something that few African leaders today can claim: A positive legacy. His resignation serves as an example of selfless leadership, the kind that does not sacrifice a country in the interest of a party or an individual.

As a leader, he says, it is imperative to always develop yourself. “No one leader knows everything and you have to always keep learning,” he says. It is this type of leadership that might just bring about “Africa’s decade”.

Having just co-authored a book about Asia’s lessons for Africa, which details how exactly this might be made possible, he knows what he’s talking about.

“This century, maybe even this decade, is the major decade for Africa,” proclaims Desalegn. “Africa should transform in the coming 10 years. This is possible. The only thing we need is leadership, we need to understand our problems and address those problems. We can make this century the African century.” DM

Hailemariam Desalegn is a co-author of The Asian Aspiration, which tells the stories of Asia’s rapid development and transformation, and its lessons for Africa. For a video summary of this interview, see here.

Emily van der Merwe is Environmental and Development Economist at The Brenthurst Foundation.