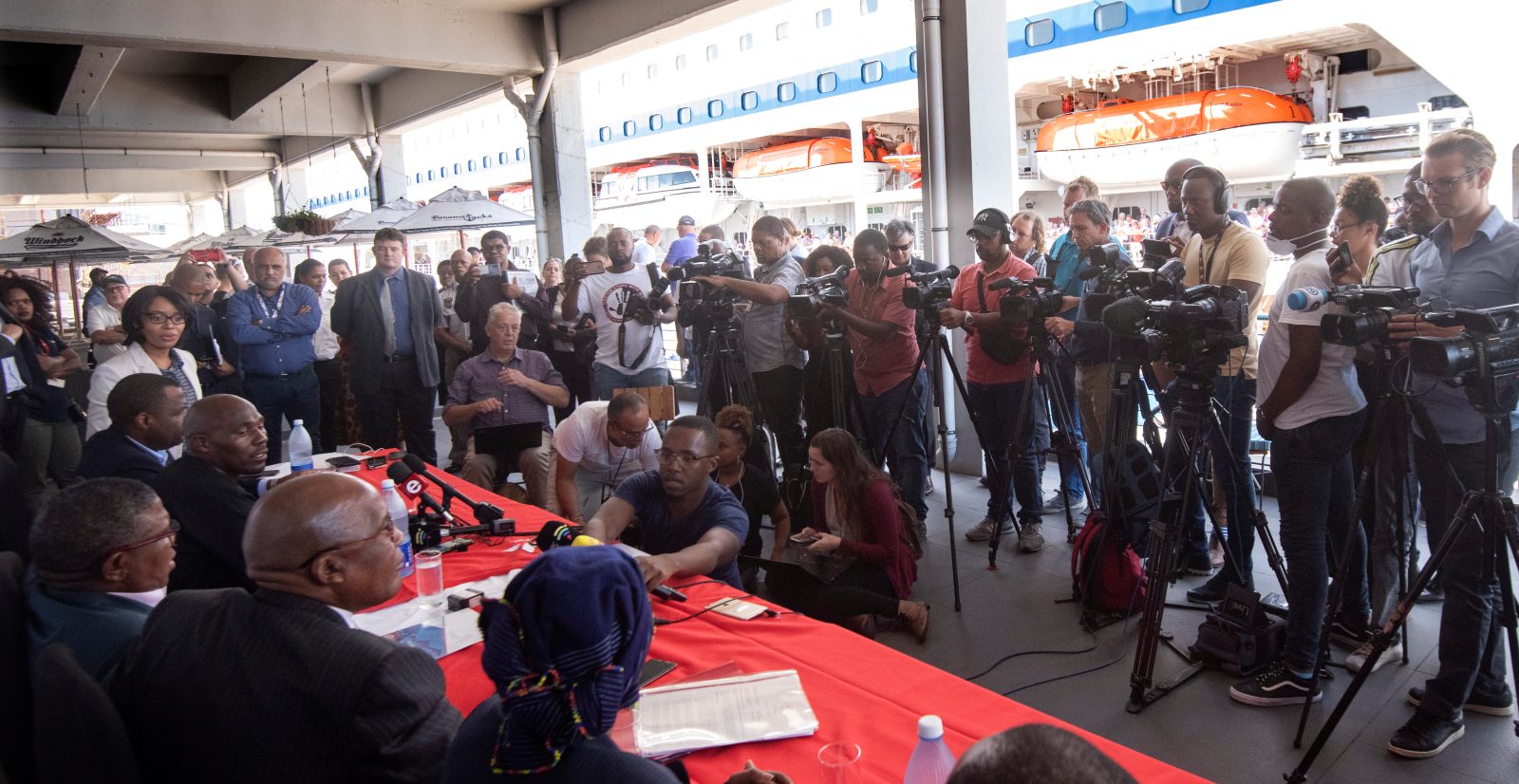 Excellence in political reporting, business and sport does not necessarily translate into excellence in a field like health, which demands not only an understanding of the human issues, but also a command of the health policy field, of the science and of the history and context of each individual area of health.

In an article for The Media Online on 2 April 2020, editor Glenda Nevill presciently wrote: “never has there been such an urgent need for proper, fact-checked reporting. With social networks adding an element of pandemonium to the pandemic with the proliferation of fake news, trusted news brands have never been more important in ensuring the public has the facts at hand.”

Three days later, News24 found itself in the midst of the pandemonium. One of its journalists falsely reported that Bill Gates wants to test a Covid-19 vaccine in Africa. The story was based on a tweet by President Cyril Ramaphosa that linked to an interview Trevor Noah conducted with Gates. Ramaphosa tweeted “The Gates Foundation has supported our health needs for many years. They have offered assistance with innovative mass-based testing kits and research. I spoke to Bill Gates and he commended the swift and decisive action South Africa has taken on Covid-19.”

Both the tweet and actual interview made no mention of a vaccine. But few went to the source. The mistake was taken as fact. Coming off the back of a racism row, where two French doctors said a potential vaccine for the coronavirus should first be tested in Africa, anger was kindled into a raging fire, erupting in a social media inferno. There was righteous anger at being the “West’s guinea pig”, conspiracy theories about Gates, and hate-filled invective directed at Gates, Ramaphosa and Noah. By Sunday evening, News24 had removed the story, and issued an apology:

“On Saturday, we published a story about philanthropist Bill Gates’ support for SA with Covid-19. We wrongly reported that Gates wants to test a ‘vaccine’ in Africa. This is false. The Gates Foundation will support SA with testing kits and research. We apologise for the mistake.”

We live in an age of misinformation and fake news, where journalists have to be extra cautious about the content they put out. But we also live in an age of dwindling media resources, shortened news cycles, increased content output, retrenched subeditors and specialist beat reporters.

News24 wasn’t the only media outlet that got it wrong. The Saturday Star incorrectly claimed Drs Helen Rees and Jeremy Nel were leading a team, “racing to develop a vaccine”. But the story referred to the World Health Organisation’s solidarity trial, which is comparing the effectiveness of four types of treatment regimens. In another minor incident, a senior radio presenter referred to a vaccine as “treatment” – which of course, it isn’t: it’s prevention, and cannot be used to treat those already ill.

Globally, journalists thrust into the deep end of a specialised health beat, with scant knowledge of complex subjects, are making mistakes. Often, those mistakes reveal that, not only have they not been trained to understand the science, but they don’t understand the terminology and they don’t know what questions they need to ask. While some would argue that the journalists are at fault for failing in their basic duty to communicate reliable information, it can also be argued that newsrooms are at fault for prioritising political reporting above all else, and for failing to invest in training for those they intend to send into the frontline of reporting on health issues. It’s a critical beat that’s undervalued.

Various research studies show that the general public relies on the media as their primary source of health information. It’s well recognised that the media plays an enormously influential role in public responses to health issues. The mass media – print, television, radio and internet – has an unparalleled reach as a communication mechanism. News reports on new medical research and health issues have the potential to impact on people’s health – not only by influencing individual behaviour, but also by informing health professionals and policymakers.

In South Africa, as in many other parts of the world, health journalism is under-resourced. With the exception of the donor-funded Bhekisisa and Health-e, which are dedicated to exclusively focusing on health, understaffed newsrooms don’t have the resources to employ specialist health reporters who can provide regular coverage of health issues that are relevant to South Africans.

Excellence in political reporting, business and sport does not necessarily translate into excellence in a field like health, which demands not only an understanding of the human issues, but also a command of the health policy field, of the science and of the history and context of each individual area of health. It’s not that easy, as many media platforms around the world are finding, to send journalists who’ve been covering politics and crime off to cover a massive health story. It’s like sending a journalist who has been nose-deep in corruption stories for years to cover some scandal at a soccer club. Mistakes will be, and are being made, especially when editors are also learning on the go.

The coronavirus, Sars-CoV-2, will dominate headlines for months to come. It’s important that journalists get it right, especially when it comes to reporting on medical trials and new research. This is not just pedantry. Health reporting deals with matters of life and death – and that’s more than a cliché when it comes to topics like Covid-19. Getting it wrong can have a far-reaching impact, and not just in individual lives. The News24 debacle has set off a storm that has reached beyond our borders and is being commented on and added to by people from other countries. And as all of us know, a social media storm cannot be curbed by apologies and corrections. Getting it right in the first place is the best solution.

One answer is to ensure that all general journalists have a basic background in the field. There are plenty of reliable resources to help journalists reporting on Covid-19.

The World Federation of Science Journalists (WFSJ) has collected many of these resources for journalists in an online project that also provides links to relevant science as it comes out, at https://wfsj-briefing.org/. DM

Bibi-Aisha Wadvalla and Mandi Smallhorne are health journalists working on a project to equip all general reporters with a basic grounding in reporting on medical science, and improve health and media literacy amongst news consumers. Smallhorne is curating the WFSJ Briefing.