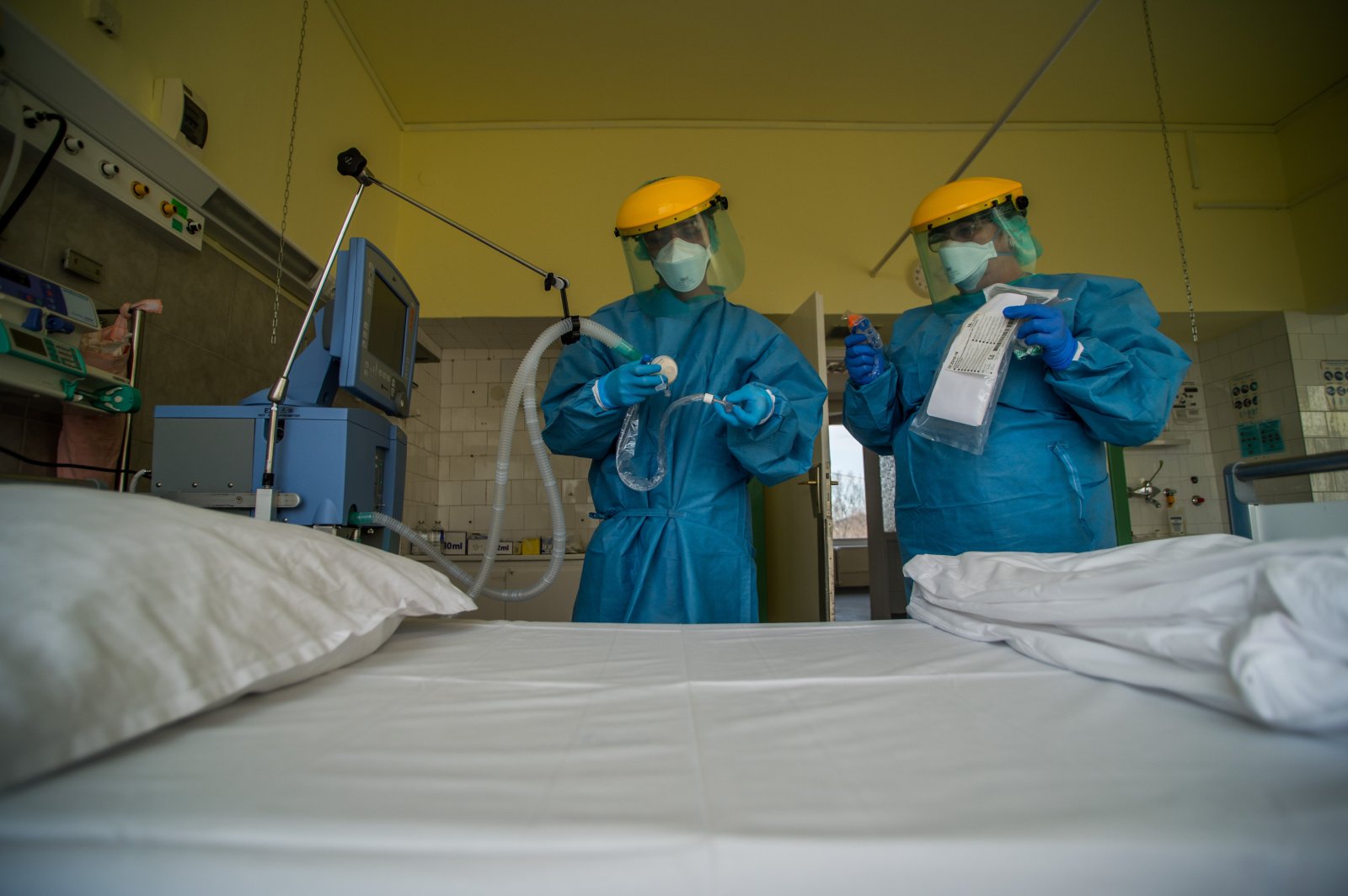 epa08319323 Medical staff members check a medical ventilator in protective suits at the care unit of the new COVID-19 infected patients inside the Koranyi National Institute of Pulmonology in Budapest, Hungary, 24 March 2020. EPA-EFE/Zoltan Balogh HUNGARY OUT

Governments and hospitals globally have pleaded with manufacturers to speed up production of ventilators to cope with a surge in patients struggling to breathe.

Danie du Toit, group chief executive of Denel, said in a statement engineers from Denel Dynamics and Denel Aeronautics were already working round the clock on Project Sabela to produce the ventilators, without giving a target figure.

“We are still in the early stages of the project, but we are optimistic that this local initiative will help to alleviate the dire need for medical ventilators that are required in great numbers at both public and private hospitals,” Du Toit said.

A task force has been formed consisting of experts from Denel, Armscor, which acquires defence materiel on behalf of the Department of Defence, power utility Eskom, the Council for Scientific and Industrial Research and other entities to investigate designs and produce a prototype of a local medical ventilator.

Du Toit said he was confident the team would soon make huge strides in producing the ventilators at a time of global shortages.

On Saturday, the African Union called for international cooperation and support while up scaling local production of medical supplies and equipment on the continent given the urgent need for it.

Denel, a cornerstone of South Africa’s once-mighty defence industry, is also considering other initiatives in which it could repurpose its current operations and technology to assist the national effort to tackle to health crisis.

This includes looking at options to produce sanitisers for industrial and medical uses once product certification issues have been clarified and converting Casspir mine-protected vehicles into ambulances, the firm said.

South Africa has reported 1,585 coronavirus cases as of late Saturday, with nine deaths.

The ministry of health has approached President Cyril Ramaphosa to assist the department “with mobilizing reinforcements” from various countries such as Cuba and China, it said on Saturday.

On the same day, Ramaphosa said he spoke to Russia’s President Vladimir Putin and “asked for technical expertise on infection control, supply of lifesaving equipment for mobile testing and infection control.”

South African officials have imposed some of the toughest anti-coronavirus measures on the continent, including a 21-day “stay at home” lockdown that started on March 27. (Reporting by Nqobile Dludla; Editing by Mark Potter)