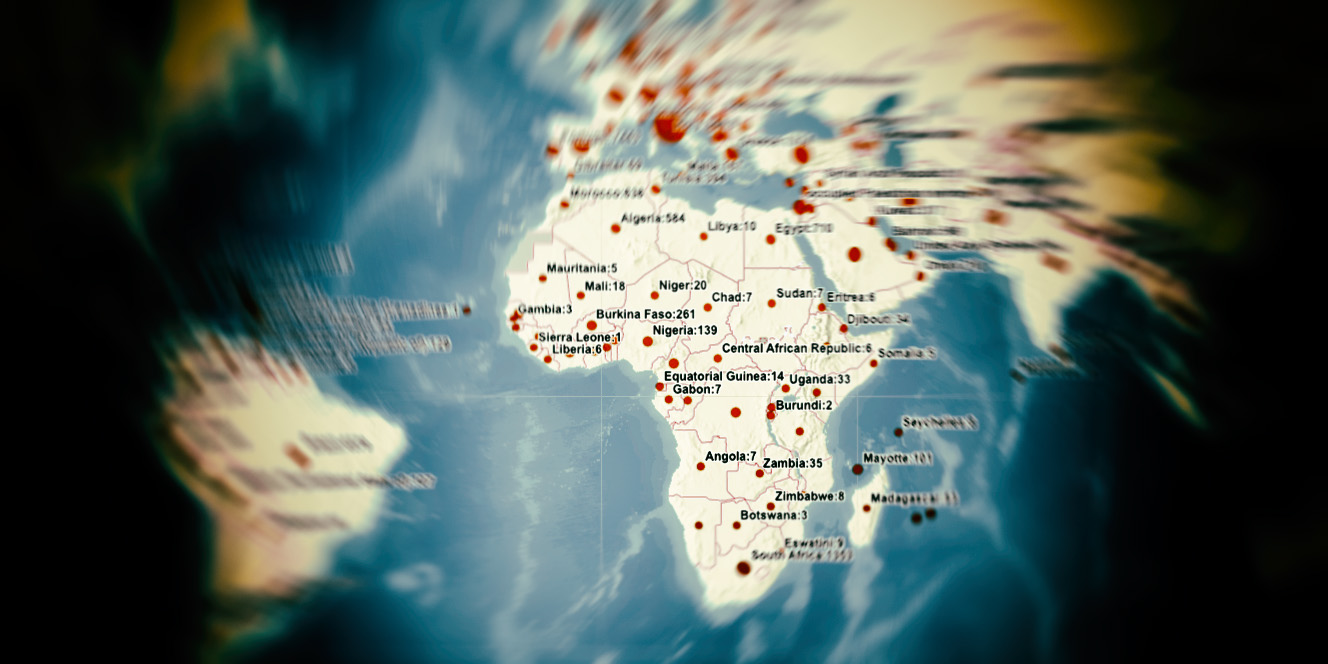 At a time when the world turns to focus internally to combat the disease, we need to think of ways in which external actors might best assist those less fortunate, say the writers. (Screenshot: World Health Organisation / Coronavirus Disease Situation Dashboard)

To fight the Covid-19 pandemic, best practice responses in Africa need to be implemented around international collaboration. These include the need to activate emergency operations centres, to establish a surge capacity in health systems, and to mitigate the economic and social consequences of the pandemic.

See the signatories behind the 4×4 Leadership Forum below.

Covid-19 should change global politics. The speed and scale of its transmission, and the severity of its impact is not, we know now, to our cost. As the virus rapidly tracks people vectors worldwide, the control of its impact is inextricably linked to the availability of resources and depth of governance. For these reasons, global leaders should focus on its impact among the most vulnerable, and in particular in Africa.

Just three months ago, on 31 December 2019, Chinese authorities informed the Beijing office of the World Health Organisation of a possible epidemic. Within 100 days, 3-billion people worldwide were locked down in their homes. This is a completely radical approach to deal with a public health emergency. But what does it mean for countries without primary sanitary infrastructures and little in the way of public tools?

While all nations are threatened and struggling to avoid the abyss, it is necessary, more than ever, to think globally and to adapt locally in order to protect the world’s most vulnerable communities. Not only are they at risk of the virus itself, but its political, economic and social aftermath. Global pandemics do not come cheap. And they are expensive to combat, especially for the poor.

Just a quick reminder: The HIV/Aids pandemic is estimated to have shaved between 2 and 4% off GDP growth in sub-Saharan Africa. The 2014-16 Ebola epidemic was estimated by the World Bank to have cost about 12% of the combined GDP of the three worst-hit countries: Guinea, Liberia and Sierra Leone. But none compares to the depth and breadth of Covid-19. Over the past fortnight, the related stock market crash has wiped $9-trillion in values. Lower global GDP growth could cost an estimated additional $2-trillion. The upcoming lockdowns in major economies threaten even more catastrophic impacts. And a deep, global recession looks unavoidable.

These effects will especially be felt in Africa, where people live closer to the breadline than in other areas of the world, with little in the way of savings on which to fall back. Already, Africa is home to the majority of the world’s poor. Although the share of people living worldwide in poverty fell from 36% in 1990 to 10% 25 years later, a decline of over 1-billion people, Africa’s slower pace of progress and increasing population numbers has seen those living in poverty increase from 278-million in 1990 to 413-million in 2015. Sub-Saharan Africa’s poverty rate is now over 40%, the continent being home to 27 of 28 of the world’s poorest countries.

The combination of frail infrastructure systems, faltering institutions and weak governments are a dangerous mix in normal times, resulting in endemic informal or under-employment as well as low and irregular incomes. The International Labour Organisation estimates that 74% of Africans exist in “vulnerable” employment, that is un- or under-employed, compared to the global benchmark of 45%, in a continent where national social welfare systems are virtually non-existent. The average per capita income across sub-Saharan Africa is $1,585, just 14% of the global average.

Today, at a moment of extreme stress, this combination of low incomes and limited means is potentially fatal. Moreover, the impact of the oil price collapse; weak food security; the disruption of trade and disruption of global value chains affecting particularly those fast-growing and integrating African economies; the sudden stop in tourism flows and foreign direct investment; and tougher conditions on financial markets all place additional strain upon African nations and politics.

At a time when the world turns to focus internally to combat the disease, we need to think of ways in which external actors might best assist those less fortunate. Best practice responses in Africa need to be implemented around international collaboration. These include the need to activate emergency operations centres, using technology to determine the real-time spread of Covid-19, devising means to slow and steadily reduce transmission, especially in high-risk groups, working to establish a surge capacity in health systems, and mitigating the economic and social consequences of the pandemic. During the Ebola crisis, Africa showed how, with the right measure of international assistance, pandemics could be controlled and, eventually, virtually eliminated.

As a group of think-tankers from Europe and Africa, we believe it is crucial to draw global attention to the impact of Covid-19 in Africa. The crisis is a rendezvous with globalisation and global poverty. It should become an opportunity for international cooperation. DM