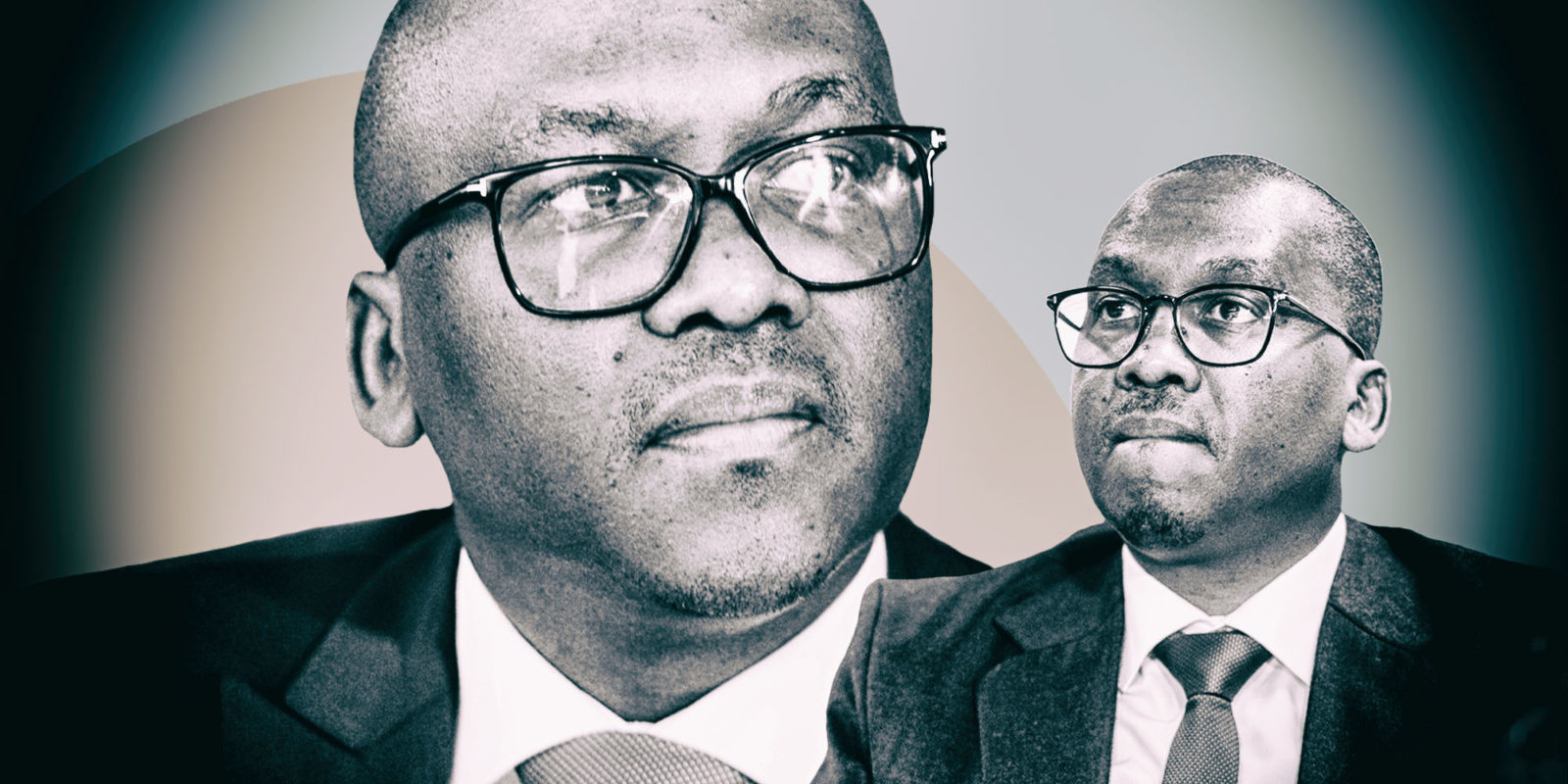 A doctor who still works regular shifts at clinics and hospitals, Bandile Masuku does not yield to a sense of crisis, or even drama. Instead, he sees opportunity in crisis.

It’s a tiny province with the most people and it’s the epicentre of SA’s Covid-19 outbreak. If what happens in Gauteng, stays small in Gauteng, then South Africa has a fighting chance of flattening the curve in the viral spread.

With 704 of South Africa’s 1,655 cases (on April 5) in Gauteng, it is key to the containment of the country’s pandemic. The person responsible for that Herculean task is 45-year-old Dr Bandile Masuku.

We caught up with him between video conferences with Chinese scientists, a hasty lunch and days that start at dawn and end too late to spend much quality time with his family which includes a 10-month-old son whom he does not see often these days.

The nerve centre to manage the provincial government’s response has been moved to a training academy in the south of Johannesburg from the Midrand venue it had quickly outgrown as the pace of the virus sped up. When we arrived there on Friday (April 3) the place was still being set up, but already the premier, David Makhura, along with clinicians and other medical specialists were on a call in the auditorium.

Their mobile phones were black-bagged on a secured table outside. Within the precinct, a training room had become a medical test-site with nurses and other lab specialists fully gowned, gloved and with medical helmets to protect themselves.

Masuku now heads the province’s Covid-19 response, along with Makhura.

“I think the intensity has increased,” says the 45-year-old obstetrician and gynaecologist who took over the tough provincial health portfolio from acting head Gwen Ramokgopa, who stepped in after Qedani Mahlangu resigned after the disastrous management of the Life Esidimeni crisis.

Public health blood in his veins

Masuku has been an energetic breath of fresh air. He is a doctor and still regularly does shifts at clinics and hospitals to keep his stethoscope tuned. But as much as I probe about what it’s like managing an epicentre of a life-threatening outbreak, he will not yield to a sense of crisis or even of drama. I guess this comes from years of service as a doctor at Charlotte Maxeke, Chris Hani and Pholosong hospitals. In Gauteng’s hospitals, doctors can’t panic as they triage a system that borders on the kind of public health crisis the rest of the country is now getting first-hand sight of.

Masuku sees the opportunity in this crisis.

“It is an opportunity to fast-track change and bring it closer. The acquiring and building of new hospitals and clinics and employing new doctors and nurses…”.

Government is recruiting at scale and on contract, but as the plans for a national health insurance scheme come into closer view, Masuku sees Covid-19 as an opportunity to build resources that would have taken much longer to accumulate.

The province, he says, has some protective equipment and ventilators, but hours after our interview, his department put out a call for donations for more, indicating growth in positive cases.

He speaks in “doctor” not “politician”, so there are no easy soundbites or masculine posturing like we’ve seen from Transport Minister Fikile Mbalula or Police Minister Bheki Cele; Masuku appears to be a stoic who only occasionally breaks a smile.

“Because of the nature of the pandemic, this is an epicentre. The healthcare centre of the country is in Gauteng. We carry most facilities. We see a lot of patients – they made 28 million visits through our gates last year,” says Masuku, explaining that this jaw-dropping statistic includes return visitors.

“As the provincial government, we do have a larger role to play in the prevention of most of the infectious disease burden we see. An observation we have made is that most of the workload or burden is preventable. It’s [usually] all about trauma, and even the police will attest to the fact that lawlessness has come down. [That is because] no alcohol is freely available.”

In other words, a hard lockdown on movement and alcohol sales is helping his job.

The real triangle of risk

The headlines about Covid-19 in Johannesburg lately have focused on Alexandra where a young man tested positive and then had to be apprehended in Limpopo to where he skedaddled, because he did not want to be quarantined for a fortnight. There is a language being used in the outbreak that is almost fearful of and decidedly stigmatising of infections in townships. It riles.

In fact, the pandemic’s face in South Africa is largely suburban as the virus was first imported here from Italy where a group of South African holidaymakers contracted it on a skiing trip – later, it was imported from other countries in Europe, the US, China and Israel.

It took 13 days until March 18 for the virus to chalk up a local transmission and South Africa is now in an offensive strategy of mass testing because we are in the community transmission phase.

Masuku unpacks the true risk centres at the epicentre.

“[It’s a triangle] in Gauteng that starts from OR Tambo to mid-Centurion and Sandton then traces back to Bedfordview and Kempton Park [where OR Tambo International Airport is based] – people [infected until now] are highly mobile, middle-class and largely white. Now that we have closed the borders, the [viral] curve has started slowing down and plateauing but it’s the calm before the storm.

“[We need to] curb community-acquired infections or transmission between people,” says Masuku.

One of the first people who tested positive for Covid-19 in the triangle was a business person who had returned from Europe. He had his staff tested – a commendable step, says the MEC – and the young man from Alex worked for him.

Alex is now the centre of South Africa’s next phase in the strategy against the virus as mass screening and testing started there last week because the young man caused a cluster infection.

“Alex is relatively contained,” says Masuku, who was at the frontlines in scrubs when the screening started.

“It’s a function of us being able to catch up with contacts. We rounded up those in proximity [to the young man], who drank in the same tavern and stayed in the same yard.”

The MEC laughs when I ask about a CSIR heatmap of vulnerable areas now guiding the new anti-Covid-19 strategy. He knows where Gauteng’s vulnerable areas are because he has always worked in them.

Masuku has been an activist for decades and he was born in Baragwanath hospital and grew up in political organisations. If South Africa moves from a general lockdown to a series of targeted lockdowns as mapping the virus becomes clearer, then it would be more logical to shut down the triangle than the townships, says Masuku.

If South Africa is to flatten the curve or lengthen the infection period while getting hospitals ready for the infected people who may need them, then “we need to get on top of it. It is necessary to be anxious.”

South Africa’s plan, reveals Masuku, is to execute a hybrid model. This means practising Chinese style containment (the hard lockdown we are now living through) and a South Korean model of “test, test, test”. To do that, says Masuku, “We must have a process that is less labour-intensive, less technical and cheaper [than it is now]. We need rapid testing kits.”

Testing in South Africa is not yet rapid and it is still expensive and largely private-sector based. The National Health Laboratory Services says it is speeding up, and last week rolled out the first five of 67 mobile units, some of which will be equipped with rapid testing GeneXpert machines.

“If we want to do 30,000 [tests] a day, we need to do so rapidly,” says Masuku. As a gynaecologist, Masuku is used to delivering little miracles. The rapidly advancing virus is his biggest test yet. DM

Pointing your finger at someone is considered rude as it once was believed to be associated with spell-casting.