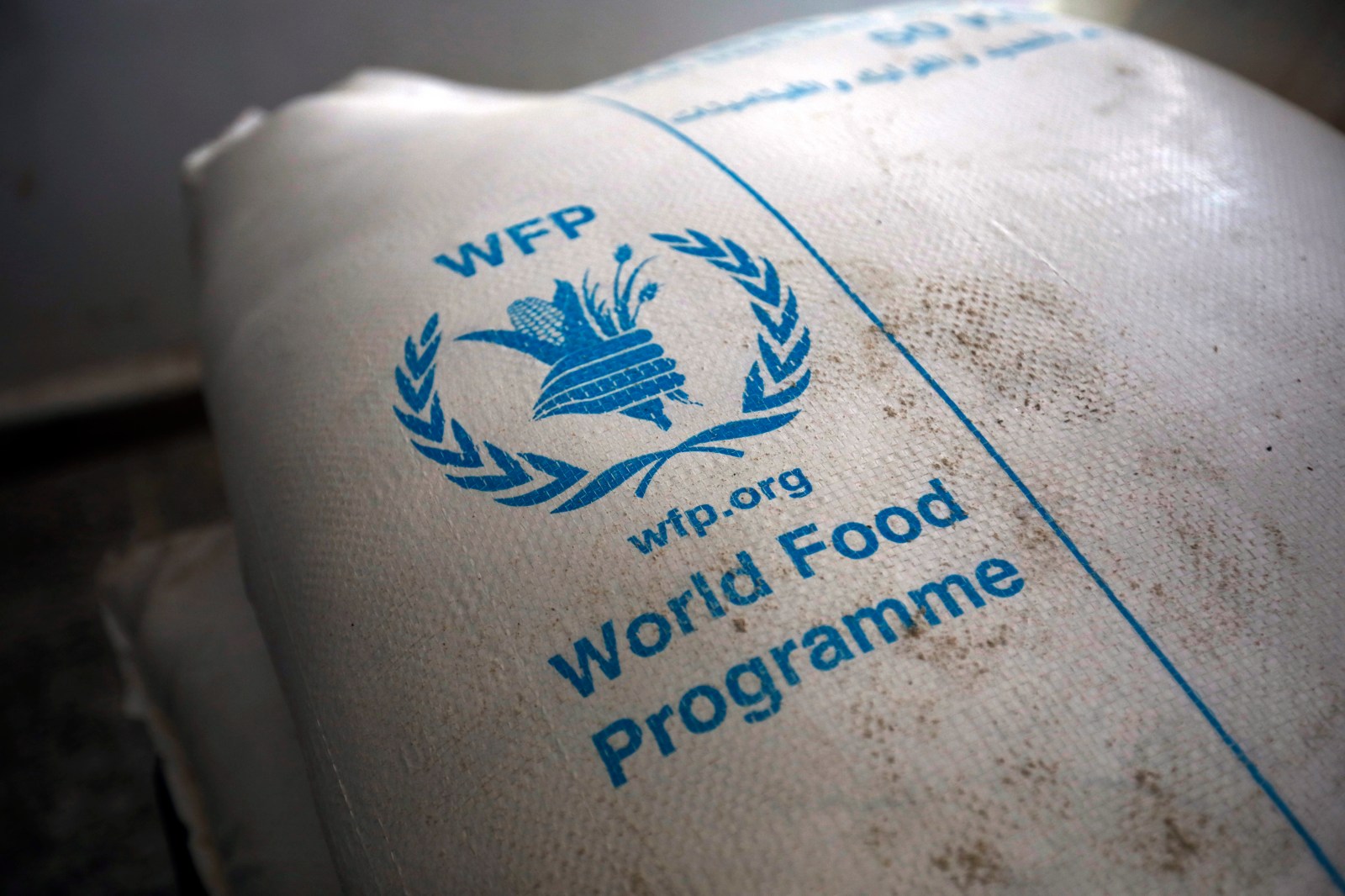 epa08212361 Food rations provided by the World Food Programme (WFP) sit at an aid distribution center in Sana'a, Yemen, 11 February 2020 (Issued 12 February 2020). According to reports, international donors have warned that humanitarian assistance could be scaled-down to the Houthi-held northern areas of Yemen, accusing the Houthis of diverting food assistance from the hungriest people of war-ridden Yemen. Over 24 million people are in desperate need of humanitarian aid due to a five-year armed conflict between the Saudi-backed Yemeni government and the Houthis. EPA-EFE/YAHYA ARHAB

HARARE, April 2 (Reuters) - The United Nations food agency has negotiated a humanitarian corridor to keep food aid flowing in southern Africa after many countries shut their borders to stop the spread of the coronavirus, an official said on Thursday.

Up to 45 million people in southern Africa face hunger following a devastating drought and two cyclones last year, and there are growing fears the crisis could be compounded by the outbreak of the virus.

Castro told reporters during a video conference that Africa’s most advanced economy, which has declared a 21-day lockdown, had agreed to “a sort of humanitarian corridor”, a move that would help the agency continue its work.

“At this moment we are actually maintaining our normal food distributions but maybe in the future, depending with the effect of the virus and effect on the food system, especially on the smallholder farmers … maybe we will see an increase in prices and number of people who require food assistance,” she said.

More than $400 million was required to import food aid for the next three months in southern Africa, which has received patchy rains this year, said Castro.

Africa has registered more than 6,650 cases of coronavirus and over 240 deaths, according to a Reuters tally.

The continent is already suffering a huge economic impact from lockdowns aiming to contain the virus and a sharp fall in global demand for commodities.

Daily lives have been upended in many African countries due to tough lockdowns that have affected swathes of populations that rely on informal trade for a living.

Matshidiso Moeti, World Health Organisation regional director for Africa, said African governments had to balance the need for physical distancing measures with making sure that families had food on the table.

“The potential economic impact is of great concern at the lowest socio-economic levels,” Moeti said.

Zimbabwe and the United Nations on Thursday made a joint appeal for $770 million in humanitarian aid to help the country cope with a drought and the coronavirus as well as to fund its education and health sectors.

South African Health Minister Zweli Mkhize said the number of confirmed coronavirus cases had risen to 1,462, an increase of 82 from Wednesday, but that people shouldn’t be lulled into a false sense of security by a slower rate of increase in recent days.

“It’s still very early days… We need to still get out and go and find more and more of the people who could be positive out in the community,” he said.

Malawi recorded its first three cases. All three people were in medical care and health workers were tracing their contacts.

(Additional reporting by Alexander Winning in Johannesburg, Chris Mfula in Lusaka and Frank Phiri in Blantyre; Editing by Giles Elgood and Nick Macfie)