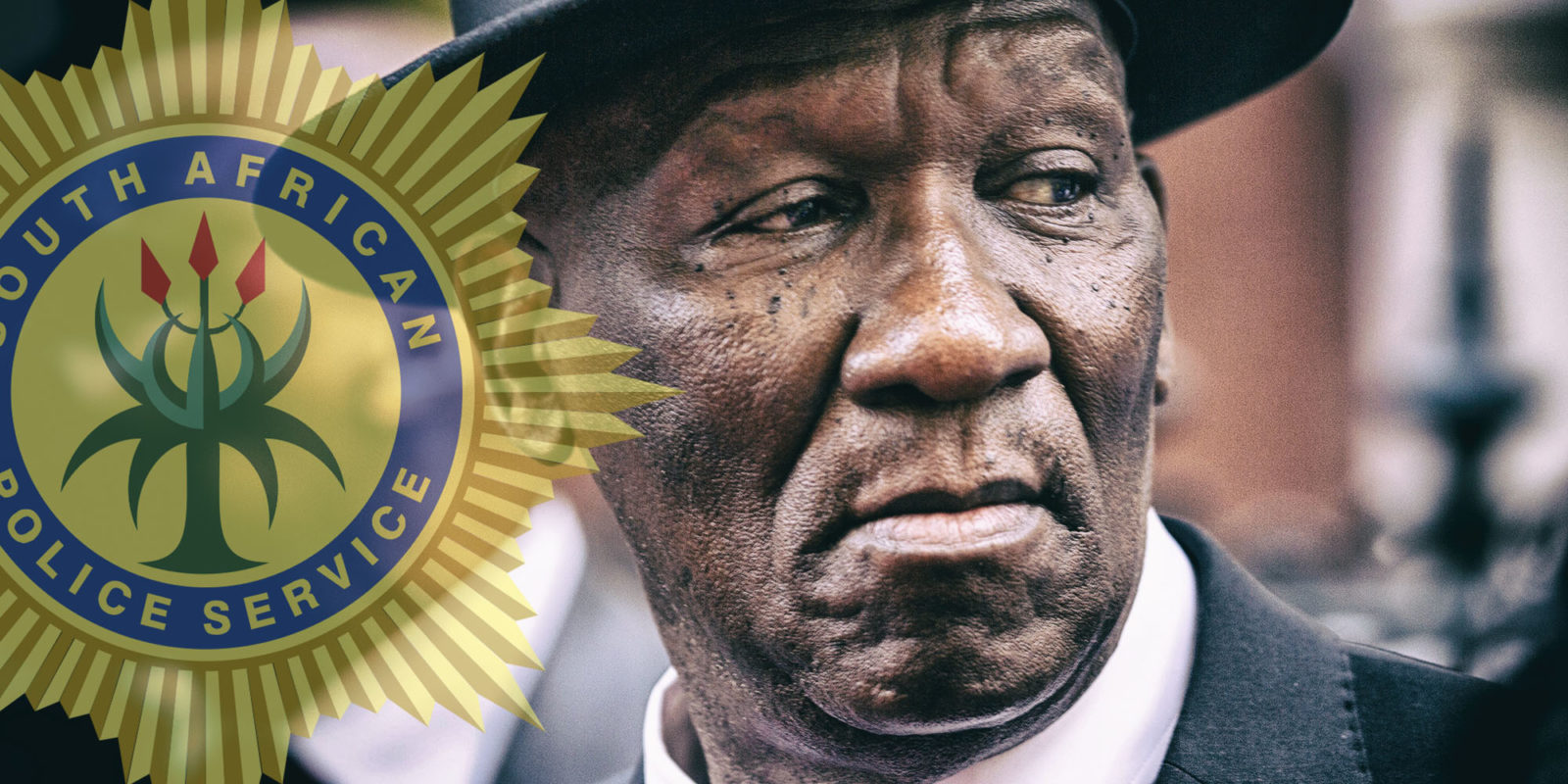 The SAPS is drafting regulations for the Critical Infrastructure Act that is replacing the apartheid-era National Key Points Act. Given the securocrat tendencies of the police — an emphasis more on law and order than the safety and security of the Constitution — it’s imperative those regulations are closely scrutinised.

First, a step back. The initial State of Disaster regulations were drafted largely by the National Joint Operations and Intelligence Structure, or Natjoints, the security body that brings together police, the military and intelligence and that was established on the back of a Cabinet memo in the early 2000s without any lines of accountability to Parliament, or anyone outside the executive.

The Daily Maverick has reliably learnt this, alongside how the regulations had a look-over by the justice department before being signed off by Co-operative Governance Minister Nkosazana Dlamini Zuma on 25 March 2020 before they were published in the Government Gazette.

But astonishingly, somehow those published regulations included a provision, Regulation 11E, that indemnified the so-called “enforcement officers”, effectively soldiers, police and peace officers such as metro and traffic officials. “No person is entitled to compensation for any loss or damage arising out of any bona fide act or omission by an enforcement officer under these regulations,” it said.

Not even in a State of Emergency is Parliament, or anyone else for that matter, allowed to indemnify the state or any person, according to Section 37(5)(a) of the Constitution. And, importantly, while rights such as that of movement may be limited to some extent, the rights to dignity and life remain firmly and fully in place. That’s even in a State of Emergency, declared with parliamentary involvement and supervision, to restore peace and stability.

Exactly what happened behind the scenes, either at the National Covid-19 Command Council, or within Cabinet, remains unclear. But it happened quickly. When the revised and updated lockdown regulations were published on 26 March 2020, the indemnity regulation 11E was gone.

It’s a hugely significant win for the constitutionalists over the securocrats in Cabinet, and government.

Why is this relevant to the Critical Infrastructure regulations? Because under skop, skiet and donder Police Minister Bheki Cele, it’s highly possible the SAPS would again try their securocratic utmost.

For Parliament and its police committee, it means tight and detailed oversight is required to ensure Critical Infrastructure regulations are in line with South Africa’s constitutional democracy, and the constitutional imperative for safety and security, rather than law and order.

In terms of the transitional arrangements in the Critical Infrastructure Act, signed by President Cyril Ramaphosa on 28 November 2019, Parliament must approve the SAPS draft regulations. Until that happens the act is held in abeyance.

Briefing Parliament’s police committee on 4 March, Deputy Police Minister Cassel Mathale responded to MPs’ questions on the regulations that police were working to finalise by the end of March 2020, and they should be allowed that space.

Daily Maverick requests for comment in early March failed to solicit responses from the police ministry on progress in establishing the Critical Infrastructure Council. That’s the public-private sector representative structure in charge of critical infrastructure classification and related matters.

But given the Covid-19 State of Disaster lockdown, that self-set deadline to finalise the regulations came and went. But work on those would be ongoing. Where the police are taking this remains to be seen. But on paper at least, the scope for draconian regulations exists.

Critical infrastructure could be anything, as the act defines it as “essential for the economy, national security, public safety and the continuous provision of basic public services”. It also defines it as something whose “loss, damage, disruption or immobilisation” severely prejudices “the functioning or stability of the Republic, the public interest with regard to safety and the maintenance of law and order; and national security”.

The act defines infrastructure as “any building, centre, establishment, facility, installation, pipeline, premises or systems needed for the functioning of society, the government or enterprises of the Republic, and includes any transport network or network for the delivery of electricity or water”.

A basic public service covers both the public and private sector and is defined as “relating to communication, energy, health, sanitation, transport and water, the interference with which may prejudice the livelihood, well-being, daily operations or economic activity of the public”.

So it’s not unforeseeable that a strike outside, say, a post office, hospital or municipal building may fall under this legislation and regulation. Or a protest at Telkom or one of the mobile operators or even in front of an SABC office — and police would be allowed to act to stop these activities.

The Critical Infrastructure Act regulates access in terms of who may enter a critical infrastructure and on what conditions – and not only allows vehicle and private property searches, but also body searches.

The penalties include fines and/or a jail sentence of anything between three years for low-risk critical infrastructure to 10 years for high-risk infrastructure, where fines could also reach R10-million for some breaches.

Lawmakers drafted the act to stipulate that securing critical infrastructure would create “an environment in which public safety, public confidence and basic public services are promoted”, and promote “co-operation and a culture of shared responsibility between various role-players” and “ensure public-private co-operation in the identification and protection of critical infrastructure”.

The police minister makes appointments from the police, military, and intelligence, and also from Public Works, Home Affairs, the National Disaster Management Centre and the South African Local Government Association (Salga). Parliament has a role to play regarding the five private-sector council seats by submitting a list of 20 nominations after a public process for the minister to appoint the statutory five.

This is in contrast to national key points, which traditionally have been kept secret. A list was only published in January 2015 by then police minister Nkosinathi Nhleko after the Right2Know Campaign and the South African History Archive successfully went to court.

It’s high time the apartheid National Key Points Act is repealed – as must other apartheid laws still on democratic South Africa’s statute books, such as the 1975 Expropriation Act.

But it will be crucial how wide the SAPS casts its net when the critical infrastructure regulations are completed. If those rules are expansive and kragdadigheid, it will risk civil liberties like the right to protest and to have private information and dignity protected. It will also compromise the Constitution’s founding values of responsiveness, transparency and accountability.

That’s why Parliament and the parliamentary police committee will have a crucial role to play in support of South Africa’s constitutional democracy. DM

Peeing on a jellyfish sting actually makes it worse rather than alleviating the pain.