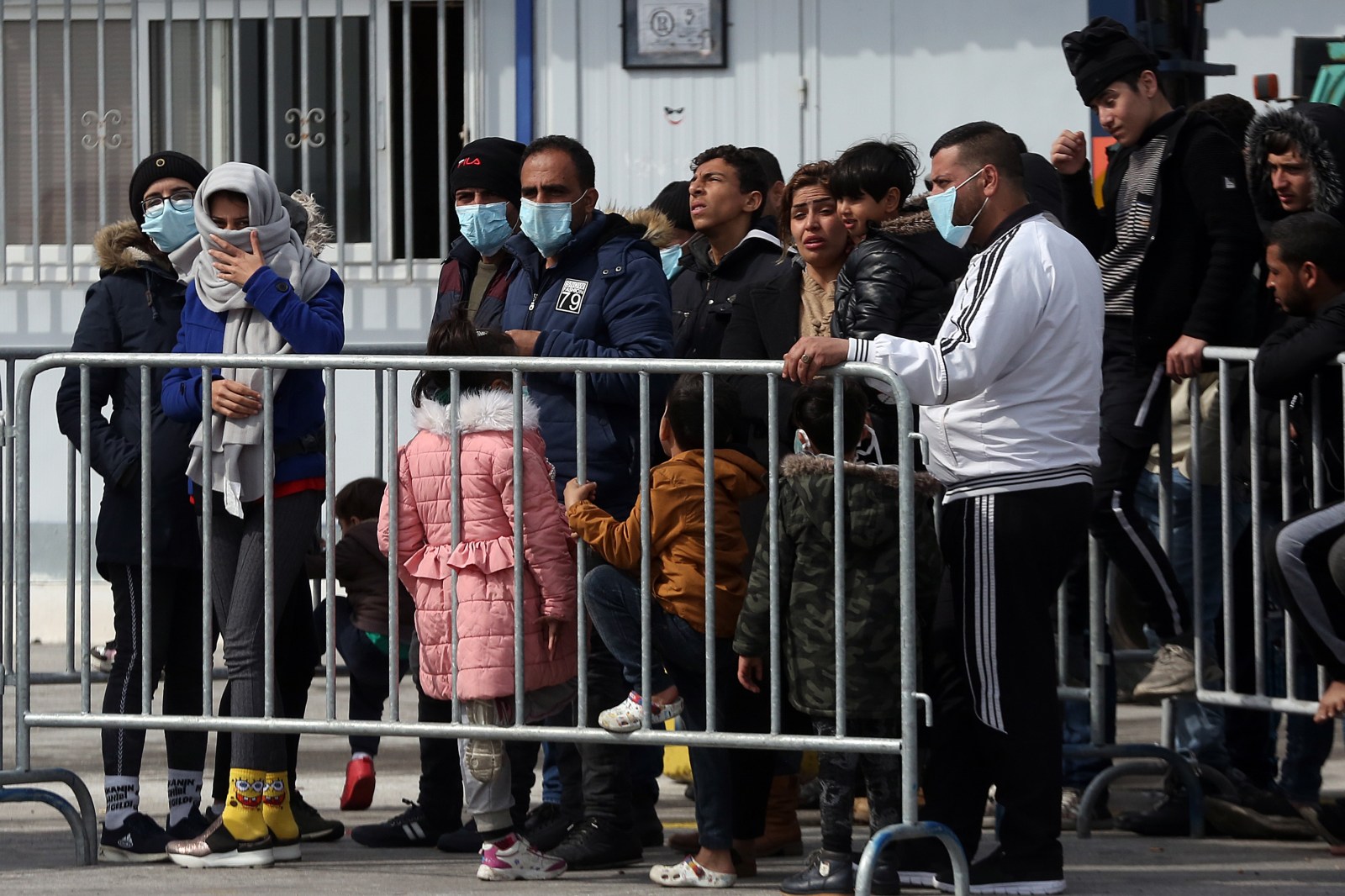 epa08268825 Asylum seekers, who have disembarked in the last four days on Lesvos Island, wait in line in a guarded spot of the port of Mytilene, to receive food, Lesvos island, Greece, 04 March 2020. The newly arrived asylum seekers will be transported not to the refugee camp of Moria but to a closed type refugee camp in mainland Greece. EPA-EFE/ORESTIS PANAGIOTOU

ATHENS, April 2 (Reuters) - Greece has quarantined a migrant camp after 23 asylum seekers tested positive for the coronavirus, authorities said on Thursday, its first such facility to be hit since the outbreak of the disease.

Tests were conducted after a 19-year-old female migrant living in the camp in central Greece was found infected after giving birth at an Athens hospital last week. She was the first recorded case among thousands of asylum seekers living in overcrowded camps across Greece.

None of the confirmed cases showed any symptoms, the ministry said, adding that it was continuing its tests.

Authorities said 119 of 380 people on board a ferry which authorities said had been prevented from docking in Turkey and was now anchored off Athens, had tested positive for the virus.

Greece recorded its first coronavirus case at the end of February. It has reported 1,425 cases and 53 deaths, excluding the cases on the ferry.

It is the gateway to Europe for people fleeing conflicts and poverty in the Middle East and beyond, with more than a million passing through Greece during the migrant crisis of 2015-2016.

Any movement in and out of the once-open Ritsona camp, which is 75 km (45 miles) northeast of Athens and hosts hundreds of people, will be restricted for 14 days, the ministry said. Police would monitor movements.

The camp has an isolation area for coronavirus patients should the need arise, sources have said.

Aid agencies renewed their call for more concerted action at the European level to tackle the migration crisis.

“It is urgently needed to evacuate migrants out of the Greek islands to EU countries,” said Leila Bodeux, policy and advocacy officer for Caritas Europa, an aid agency.

EU Home Affairs Commissioner Ylva Johansson said it was a stark “warning signal” of what might happen if the virus spilled over into less organised facilities on the Greek islands.

“(This) may result in a massive humanitarian crisis. This is a danger both for refugees hosted in certain countries outside the EU and for those living in unbearable conditions on the Greek islands,” she said during a European Parliament debate conducted by video link.

More than 40,000 asylum-seekers are stuck in overcrowded refugee camps on the Greek islands, in conditions which the government itself has described as a “ticking health bomb”.

Prime Minister Kyriakos Mitsotakis has said Greece is ready to protect its islands, where no case has been recorded so far, but urged the EU to provide more help.

“The conditions are far from ideal but I should also point out that Greece is dealing with this problem basically on its own… We haven’t had as much support from the European Union as we wanted,” he told CNN.