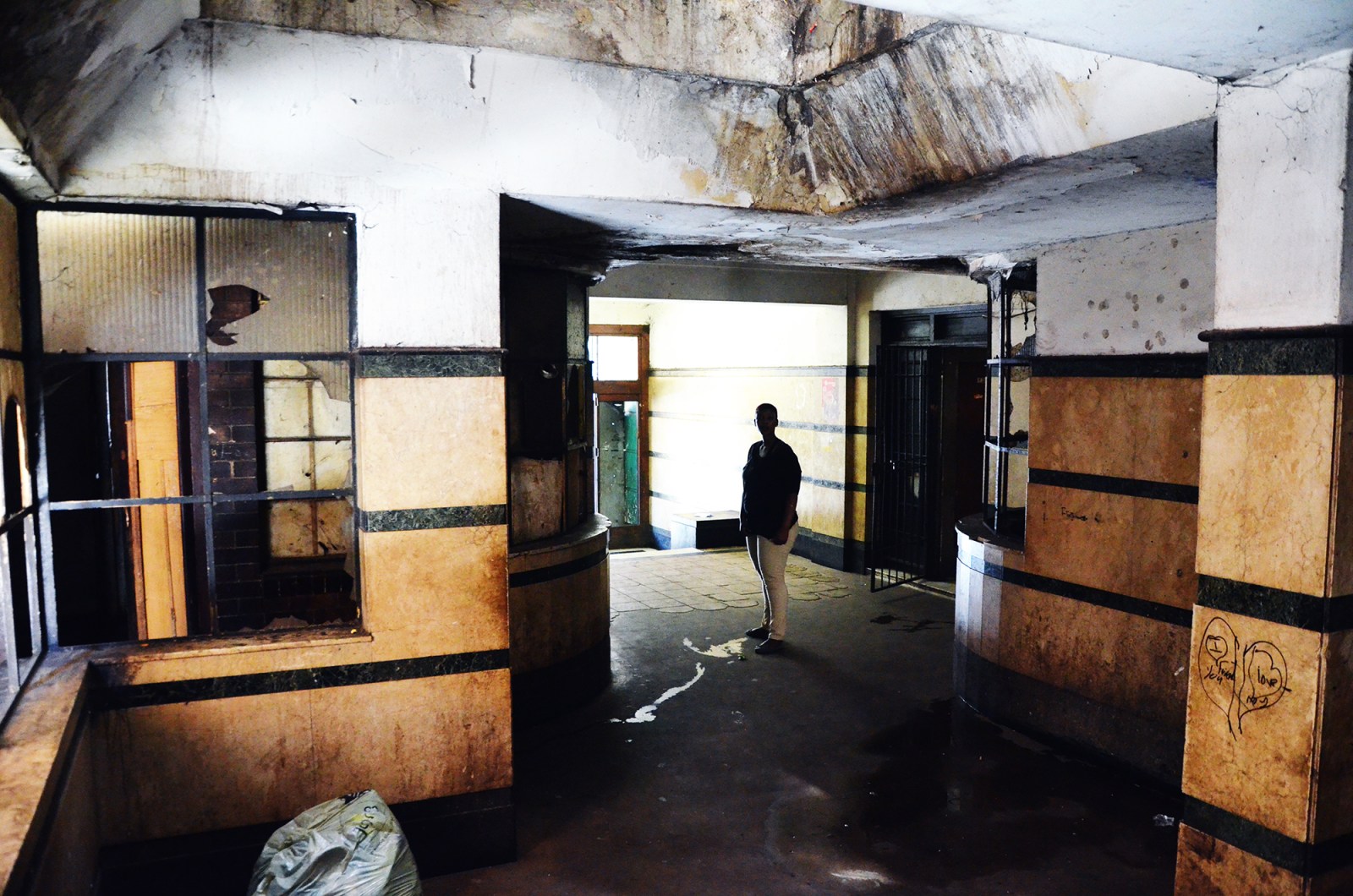 The entrance hall to an occupation in Hillbrow. (Photo: supplied)

It is critical that police and army deployment for the Covid-19 lockdown does not result in the persecution of residents of unlawful occupations.

The lockdown rules require that residents only leave their homes to seek medical care and “buy food, medicine and other supplies or collect a social grant”. The army and police have been deployed to enforce the lockdown.

In South Africa, the collision of HIV, TB and Covid-19 could be devastating, and radical measures are needed to address the spread of Covid-19, particular with South Africa’s overstrained health system. However, if lockdown measures worsen the health conditions of the most vulnerable groups – including those living in inner-city occupations, both South African and foreign nationals – they could be counterproductive.

Police and private security have been moving through the streets of Hillbrow and Yeoville, Johannesburg, firing rubber bullets and beating pedestrians with sjamboks. A Jeppe resident we spoke to reported being fired at with no warnings by police on Monday night. Public order policing rules require that police give two warnings before using any force.

Police and private security violence is an all too familiar, rather than exceptional, sight for inner-city residents. While constitutional protections in the post-apartheid era provide radical and progressive protections and housing rights, inner-city populations have all too frequently been subject to raids, evictions, and, in the case of undocumented migrants, deportations.

According to 2011 statistics, more than 30,000 households and over 120,000 people were earning below the R3,200 per month necessary to access most decent rental housing in Johannesburg. There are likely to be tens of thousands living in unlawful occupations in high-rises, warehouses and houses, which have not been legally classified as “informal settlements”, but rather labelled “bad buildings” or “hijacked buildings”.

While there are cases of title-deed fraud and illegal rent collection, most of the residents of these buildings, both South Africans and foreign nationals, belong to low-income groups: informal workers and traders, recyclers, the unemployed and precariously employed, contract workers, cleaners, security staff, and beggars, among others.

The residents of these buildings have long been the targets of persecutory police action. The army and police have often been deployed against inner-city residents, in campaigns like the Zuma-led Operation Fiela in 2015. In 2017 the former Johannesburg mayor, Herman Mashaba, increased police raids on occupations while continuing to deprive their residents of access to basic services. The ICF, in collaboration with the Socio-Economic Rights Institute of South Africa (SERI) are contesting the legality of these raids, on the basis they were conducted without warrants and breached rights to privacy and dignity.

It is critical that police and army deployment for the Covid-19 lockdown does not result in the persecution of residents of unlawful occupations, along with others; this intervention needs to be gender sensitive and not allow for sexual harassment and xenophobic discrimination.

Furthermore, while Ramaphosa promised community health teams to low-income areas, which have been sent into townships, no residents in several inner-city occupations that we have spoken to have been visited by these teams.

President Cyril Ramaphosa and his advisers, aware of the potential impact on low-income groups, stated plans to take measures that include emergency water supplies “using storage tanks, water tankers, boreholes and communal standpipes” in “informal settlements and rural areas”.  However, again this ignores that many inner-residents are living with inadequate access to water.

The Inner City Federation (ICF), founded in 2015, of which Siyabonga Mahlangu is general secretary, represents over 40 of these buildings. It began campaigning against evictions and for the provision of basic services, including water, to inner-city occupations before the Covid-19 outbreak. For instance, on 28 March, 2018 the ICF handed a memorandum to the mayor’s and president’s offices, demanding access to basic services, which was ignored by both offices.

Many Johannesburg residents feel that their rights, according to section 27 of South Africa’s Constitution, guaranteeing access to food, water and social security, have been infringed and violated by the City of Johannesburg.

In many inner-city occupations hundreds of people often have to share a single tap or water point, such as a fire hydrant. As water points and shared amenities are mostly communal, physical distancing is extremely difficult. In addition, many residents have to use buckets instead of toilets, or use public toilets. This, at night, is of course particularly dangerous for women and children. Several ICF members we’ve spoken to telephonically contend that they struggle to follow Covid-19 guidelines due to the difficulty in accessing water.

City officials need to ensure that water, soap and (where water is unavailable, and at key points like building entrances) hand sanitiser be provided to low-income groups who cannot afford these items, and that there is safe and free access to public toilets.

In addition, the national and municipal agencies need to work with NGOs on distribution of information, grounded in evidence, that is meaningful to residents living in stressed conditions (for instance, sanitising communal resources facilities, guidance on minimising water use in hand washing, the re-use of water, and water storage).

In the inner city there are no street traders working. Yet many inner-city residents rely on informal trade for income and for food  There are also severe concerns about food shortages among those who have lost incomes during the lockdown. Beggars are likely to be among the most vulnerable during lockdown, many of whom are blind and disabled, and will not have savings to survive on. Disability amplifies many of the difficulties of water access and protecting against Covid-19. In addition, children could be particularly susceptible to malnutrition.

There needs to be food support for those who cannot go 21 days with no income. Finally, there needs to be a moratorium on forced evictions, as a coalition of social justice groups have called for, and a stop to all deportations which could worsen the spread of Covid-19 through scattering, and worsening the condition, of vulnerable groups.

Finally, there needs to be collaboration to provide food support for those who need it during the lockdown.

Civil society groups like Tshisimani are calling for nationwide solidarity along with income, water and food security. The challenges facing inner-city communities are not unique, but they should also not be ignored as part of a wider response, and the municipal and national government should actively support inner-city residents and civil society in the response to the pandemic. An effective public health response to Covid-19 requires that all residents in South Africa, no matter their economic condition or nationality, are included in the response.

It is critical that, along with other precarious populations, inner-city populations regardless of nationality are cared for and not persecuted during the lockdown.

President Ramaphosa’s team, together with the present executive mayor of Johannesburg, Geoffrey Makhubo, will be held to account and must attend to these concerns as a matter of urgency. The lockdown cannot be used to continue to suppress the rights and lives of inner-city residents, along with those living precariously, throughout South Africa. DM

Siyabonga Mahlangu is General Secretary of the Inner-City Federation (@InnerCityFed, [email protected]), a community-based organisation founded in 2015 representing the residents of over 40 inner-city buildings. Matthew Wilhelm-Solomon (@wilhelmsolomon)  is a lecturer in anthropology at the University of the Witwatersrand and an associate researcher on the Migration and Health Project Southern Africa