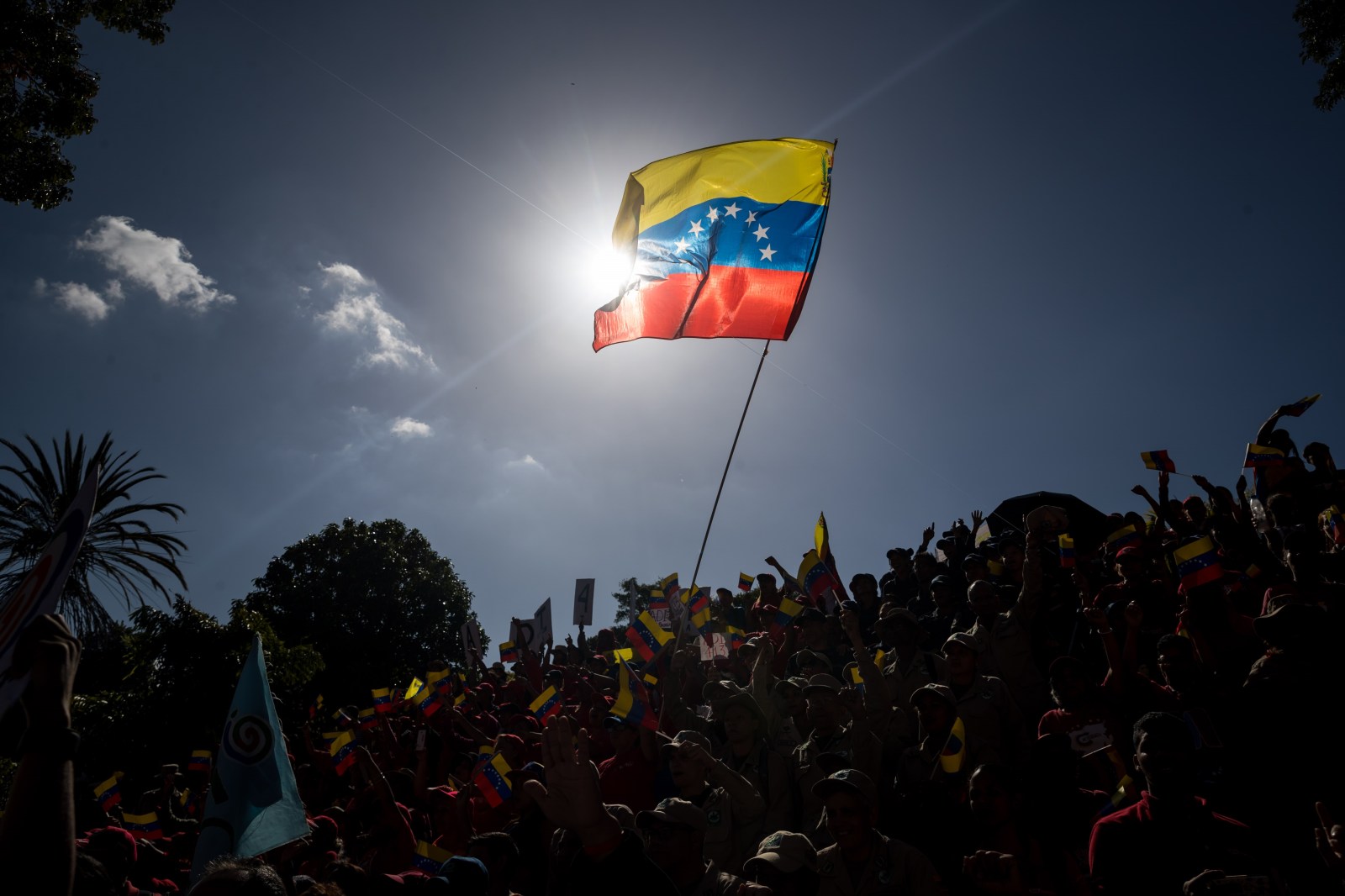 epa08209710 Supporters of the ruling party and workers of the Conviasa airline participate in a march in rejection of the sanctions that the United States imposed on this state company, in Caracas, Venezuela, 10 February 2020. The Venezuelan government announced on 08 February that it will denounce before international instances the recent sanction issued by the Administration of the US President Donald Trump, against its state airline, while calling the measure a 'big mistake' political. EPA-EFE/MIGUEL GUTIERREZ

Iran, under sweeping U.S. sanctions for its nuclear and missile programmes, is among the hardest-hit by the new pathogen. Venezuela has notified 113 cases to the World Health Organization (WHO), while isolated North Korea, which borders on China and South Korea, has yet to report any.

“The continued imposition of crippling economic sanctions on Syria, Venezuela, Iran, Cuba, and, to a lesser degree, Zimbabwe, to name the most prominent instances, severely undermines the ordinary citizens’ fundamental right to sufficient and adequate food,” Hilal Elver, U.N. special rapporteur on the right to food, said in a statement.

Elver, an independent expert, said that it was a matter of “humanitarian and practical urgency to lift unilateral economic sanctions immediately”.

“It is vital to avoid the collapse of any country’s medical system – given the explosive impact that will have on death, suffering and wider contagion,” Bachelet said in a statement.

“Obstacles to the import of vital medical supplies, including over-compliance with sanctions by banks, will create long-lasting harm to vulnerable communities,” she said.

France, Germany and Britain have exported medical goods to Iran in the first transaction conducted under a trade mechanism set up to barter humanitarian goods and food after the U.S. withdrawal from a 2015 nuclear deal, Germany said on Tuesday.

Iran’s death toll from coronavirus has reached 2,898, with 141 deaths in the past 24 hours, Health Ministry spokesman Kianush Jahanpur told state TV on Tuesday, adding that the total number of infections has jumped to 44,606.

The Trump administration on Tuesday unveiled a proposal for the lifting of tough Venezuela sanctions, including on the vital oil sector, in exchange for the creation of a power-sharing transitional government made up of members of the opposition and President Nicolas Maduro’s Socialist Party. (Reporting by Stephanie Nebehay; editing by Nick Macfie)