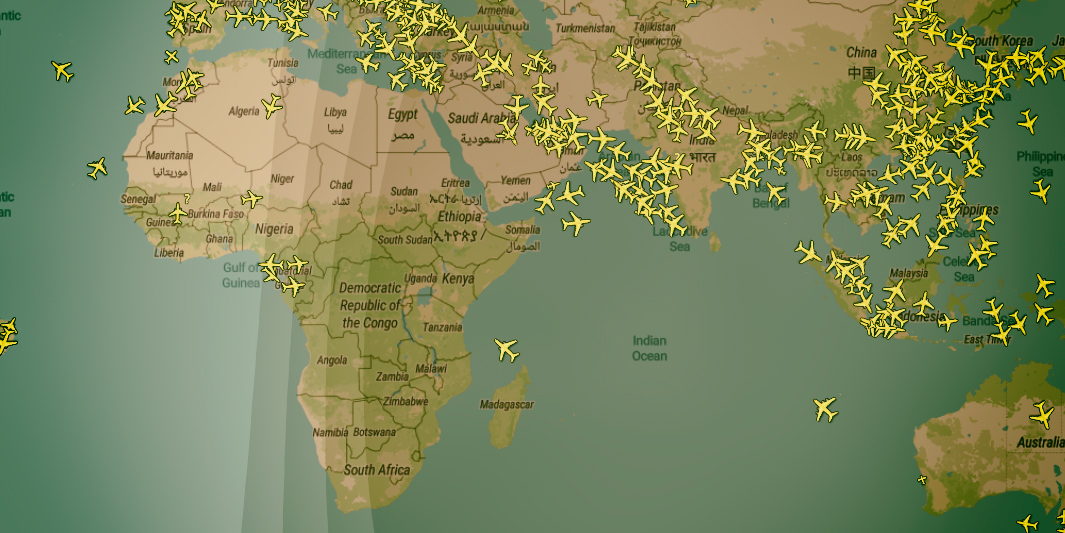 Transport Minister Fikile Mbalula is, however, adamant that the lifting of the international travel lockdown is not intended to allow normal air traffic to resume to and from South Africa.

The government has partially eased its coronavirus travel restrictions to allow South Africans stranded abroad to come home – and “could” send evacuation flights to fetch those who can’t afford to pay their own way or were otherwise in distress.

Foreign governments will also be allowed to evacuate their nationals from South Africa, Transport Minister Fikile Mbalula announced on Tuesday 31 March. The British and German governments are planning to repatriate several thousands of their nationals and Brazil is also trying to reroute a Latam flight from Indonesia to Johannesburg and Cape Town and to put on a special charter to get about 500 of its citizens home.

International Relations and Cooperation Minister Naledi Pandor said at a Pretoria press briefing that her department had listed 1,471 South Africans stranded across the world, of whom 723 were students, 204 workers, 224 tourists and another 320 who hadn’t specified. The true figure was likely to be higher as probably not all had contacted the department.

She said the government was unable to send charter flights to rescue all of them – their situation was not the same as that of the South Africans who had been stranded in Wuhan, China, at the epicentre of the epidemic. But she said the government was giving priority to those who were most distressed – passengers stranded at airports, or running out of accommodation options, as well as the elderly and the sick.  This help “could” include evacuation flights, possibly using South African Airways aircraft.

For others, who already had return air tickets to South Africa, Pandor said they should try to get home at their own cost, by arranging to fly on the airlines they had booked on. She appealed to travel agents and airlines to rebook these passengers on different dates as the airlines would now be allowed to fly to South Africa to bring back South Africans.

Mbalula was adamant, however, that the airlines would not be allowed to fly anyone else to South Africa. It is far from clear though that any airlines would be prepared to put on special flights to get stranded South Africans home.

Pandor noted that some groups of stranded South Africans were arranging their own charter flights home. A group of about 31 South Africans in the Maldives are trying to arrange such a charter flight from Maldivian Airlines, with much help from South Africa’s deputy high commissioner in Sri Lanka, Johannes van Niekerk.

They are hoping to get permission to stop off in Mauritius to pick up 13 South Africans stranded there. Van Niekerk told Daily Maverick that it was becoming difficult for the South Africans to remain as Maldivian hotels had raised their tariffs to exorbitant levels and B&Bs had been forced to close under the country’s lockdown regulations.

Pandor said South Africa’s embassies abroad would negotiate with foreign governments where there were lockdowns to allow stranded South Africans to fly out:

“For those who cannot depart, my department will be liaising with families and friends in SA to contribute to the payment for accommodation. Such funds can be transferred by Western Union or MoneyGram, commercial banks or via international EFT directly to the account of the institutions.”

She appealed to foreign governments to make it easier for those who could not leave, to stay on, including by extending their visas.

Some South Africans stranded in Europe or South America could be lucky enough to hitch a lift back on the evacuation flights being arranged by Germany, Brazil and  Britain.

Mbalula was clear on Tuesday that this would be possible, although the South Africans would be subjected to screening and quarantining on their return. He was very firm that only South Africans would be allowed on these flights. And more generally, he was adamant that the lifting of the international travel lockdown was not intended to allow normal air traffic to resume to and from South Africa. He specifically approved the German embassy’s plans to charter SAA aircraft to repatriate German citizens.

Schaefer is also prepared to carry nationals of other EU countries. He opted for SAA to avoid Mbalula’s prohibition on foreign aircrews disembarking in South Africa – which Mbalula firmly reiterated on Tuesday – except if the aircraft are carrying returning South Africans. This restriction creates a problem as international aviation rules strictly stipulate that aircrews must sleep at least one night between long-haul flights, such as those from Europe or the UK.

Britain was intending to charter aircraft both in Britain and in South Africa for its evacuation missions. It is not clear how it will deal with the prohibition on aircrews disembarking.

Another problem which Mbalula did not clarify on Tuesday was how the foreign nationals would get to airports to fly home, in the face of strict lockdown procedures. The South African government is insisting that they must be escorted to the airport by security officials. It has proposed that groups of nationals gather at collection points to be escorted to airports, but the foreign embassies are worried that concentrating their nationals like this will increase the risk of coronavirus contagion.

Pandor also offered general support to the Brazilian embassy for its evacuation plans but did not provide specifics.

Jorge told Daily Maverick on Tuesday evening that he had just received clearance from the SA authorities for South American airline Latam to divert a Jakarta-Sao Paulo flight to Johannesburg and then to Cape Town to pick up 320 stranded South Americans – mostly Brazilians – who already had Latam tickets and then to continue to Sao Paulo.

However, the flight was due to fly early on Wednesday morning so he was not sure the clearance had happened in time for it to change its flight plans. He said he was also trying to arrange a charter flight to take home another 200 Brazilians stuck in South Africa if he could get approval from his government and Pretoria. If so, he would gladly allow South Africans stranded in Brazil to return to South Africa on the charter.

Mbalula spelt out the new travel directive which the government had issued this week, mainly to deal with evacuation flights but also covering other flights. He made it clear that all international and domestic passenger flights remained prohibited, irrespective of the risk category of the country of origin, except those flights especially authorised by the Ministry of Transport, for the evacuation of South African nationals in foreign countries.

The evacuation of South African citizens from foreign countries would be allowed provided the passengers had fully-paid return flight tickets. Pandor’s later remark that those stranded South Africans in distress “could” be evacuated by the government seemed to suggest an exception to this rule.

Darren Bergman, the DA MP who has been helping over 1,000 of the stranded South Africans to try to get home, welcomed Pandor and Mbalula’s announcements with cautious optimism, saying it was definitely a step in the right direction.

“However, we obviously need to wait to read the fine print. We hope that the airlines would honour their tickets and make plans even where it means that they would only be carrying about 20 valid ticket-holders by offering our government a fair price to carry vulnerable South Africans at fair carriage.”

He congratulated Pandor on her empathy.

Foreigners could be repatriated from South Africa provided that the foreign governments chartered their aircraft to South Africa without passengers, only crew. And the crew would not be allowed to disembark in South Africa.

The minister also said medical evacuation flights, aircraft in a state of emergency, overflights, technical landings for refuelling and aircraft operations related to humanitarian aid, relief flights and other safety-related operations would be allowed.

He said the government had eased the restrictions on incoming cargo flights to allow non-essential as well as essential goods to enter.