Regulation 11 should prevent promotion of quack Covid-19 treatments, but does it? 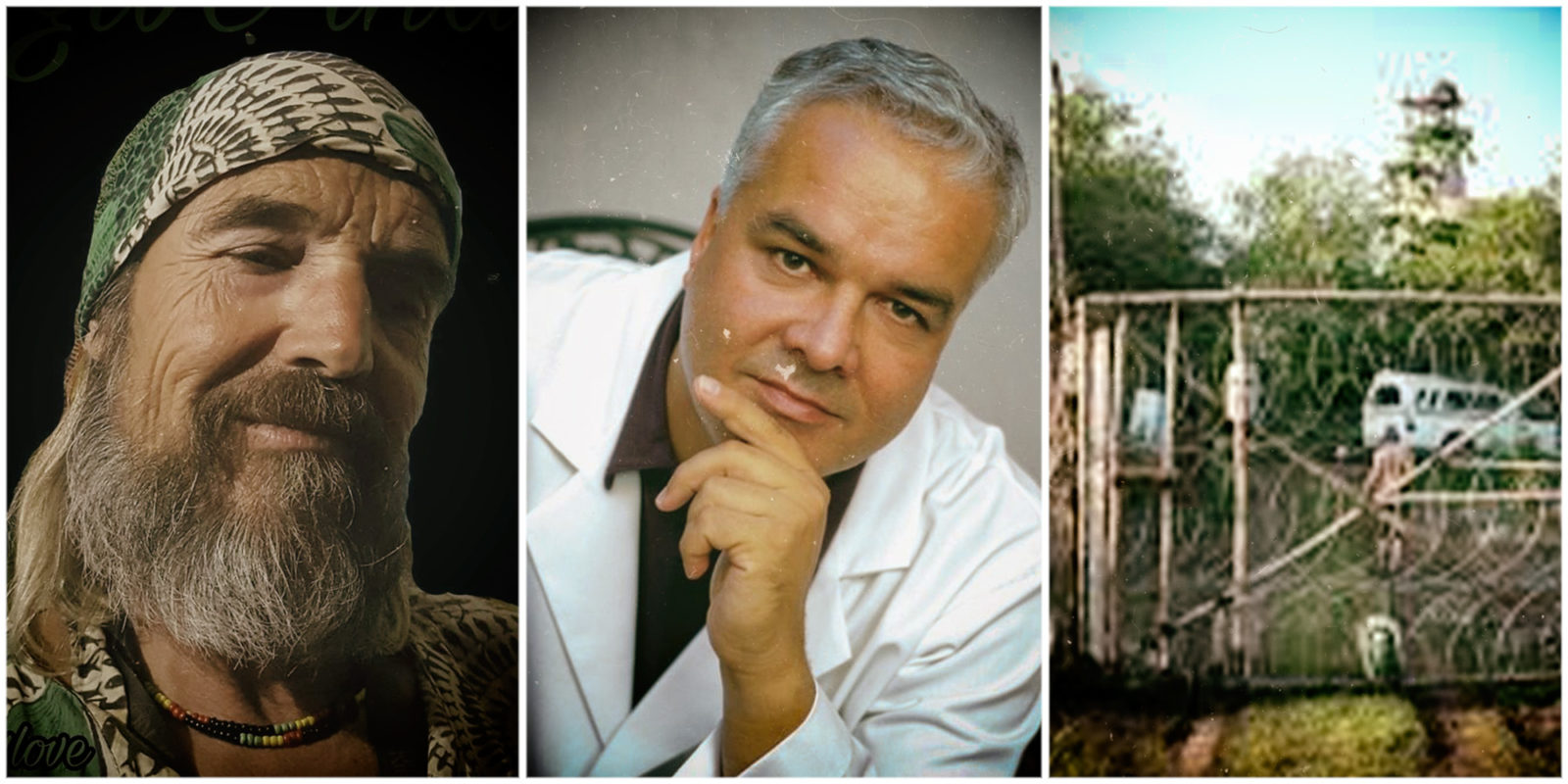 Tendai Mafuma describes what happened when SECTION27 tried to use new regulations to bring an end to the promotion of an unproven treatment for Covid-19 in South Africa and compares the current situation with the TAC’s successful court battle against Matthias Rath’s promotion of unproven Aids treatments.

The worldwide spread of the Covid-19 virus has led to widespread anxiety and panic. There are many factors causing this anxiety and panic with the absence of a vaccine or cure among the biggest factors.

South Africa’s public health system (that supports 84% of the population), is already buckling under the high prevalence of HIV/Aids and TB. Further, some life-saving medicines are often priced beyond the reach of many. It therefore comes as no surprise that everyone would be on edge and will desperately be on the lookout for affordable medicines or anything that could save their lives if they were to test positive for Covid-19.

The South African government was swift to respond to Covid-19. From the onset, the National Department of Health has gone to great lengths to keep the nation informed, not only about the number of confirmed cases, but also about the number of tests conducted and sufficient details about the profiles of those who tested positive. Significant efforts have also been made to inform the public about what Covid-19 is; how to avoid being infected and how to protect others from possible exposure; what to do when suspecting exposure or when exhibiting symptoms; and most importantly, that there is no effective treatment, cure or vaccine – yet.

On 15 March 2020, President Cyril Ramaphosa declared a National State of Disaster in terms of the Disaster Management Act. Soon after, the Department of Cooperative Governance issued regulations setting out the steps necessary to prevent the escalation of the disaster, or to alleviate, contain or minimise the effects of the pandemic. This included a prohibition on the spreading of misinformation about Covid-19.

A history of quackery

Unfortunately, even during unprecedented global health emergencies, there will always be some who elevate their own interests above those of the public – often for financial gain. It is often the most vulnerable people who pay the highest price for this.

We witnessed this in the fight for antiretroviral treatment for HIV/Aids when charlatans such as Matthias Rath sowed confusion in South Africa about the treatment of HIV by promoting untested and unregistered “cures” for HIV/Aids.

In 2008, the Treatment Action Campaign (TAC) brought a case against Rath, several of his agents and various state actors including the National Department of Health. Among others, the matter concerned whether the making, by Rath and associates, of unauthorised, false and misleading advertisements or unauthorised statements about the efficacy of their medicines in treating or preventing Aids was a violation of the Medicines and Related Substances Act.

The TAC argued that reasonable measures to investigate had not been taken to put an end to Rath’s activities. Although the court did not make a finding as to whether Rath’s conduct violated the Medicines Act, it ordered Rath to stop selling and promoting his vitamin supplements as a treatment for HIV until those claims had been reviewed by the Medicines Control Council (now SAHPRA).

SECTION27 recently received a complaint about a certain Kim Joachim Mvuselelo Cools, who is selling and distributing a product called “Umlingo wamaNgcolosi Juice” (Magic of the Healers Juice). He claims that the juice can fix DNA and metabolic problems, and therefore is a cure for HIV, TB, Cancer and Covid-19.

In a Facebook post, Mr Cools presents a theory in which he sets out links between Covid-19 and the roll-out of 5G internet in China. He calls this the “China Coronavirus 5G connection”. The inclusion of Covid-19 in the list of diseases that Umlingo wamaNgcolosi Juice can be used for is a recent update on his platforms. In the face of a well-coordinated communications campaign by government, Mr Cool’s social media pages are regularly updated and he goes to great lengths to keep his followers (mis)informed.

Cools’ product is not registered with the South African Health Products Regulatory Authority (SAHPRA) – the entity tasked with ensuring that medicines are safe, effective and of suitable quality. We established this through a quick check on SAHPRA’s searchable register of registered health products. This means that its safety, quality and therapeutic efficacy against any of the conditions it purports to successfully treat, has not been confirmed. We can also find no credible scientific studies indicating that Umlingo wamaNgcolosi is an effective treatment for any disease or condition. It is also not plausible that any evidence should exist for its use against Covid-19, since Covid-19 is still so new.

Cools’ marketing of his product is in contravention of the Medicines and Related Substances Act and the General Regulations of 17 August 2017 that relate to Complementary Medicines. These pieces of legislation which require medicines, including complementary medicines, to be registered by SAHPRA, serve to protect the public from charlatans.

SECTION27 also took the view that in light of there being no known cure or vaccine for Covid-19, Mr Cools’ conduct of spreading misinformation that “we de-activate the Corona virus in 48hrs with Umlingo wamaNgcolosi juice …” (as advertised on his Facebook page), constitutes a criminal offence of spreading misinformation as described by the Regulations issued in terms of the Disaster Management Act on 18 March 2020.

Regulation 11 criminalises various conducts and sets out the penalties for those offences. Regulation 11(5) states:

“Any person who publishes any statement, through any medium, including social media, with the intention to deceive any other person about —

(b) Covid-19 infection status of any person; or

(c) any measure taken by the government to address Covid-19, commits an offence and is liable upon conviction to a fine or imprisonment for a period not exceeding six months, or both such fine and imprisonment.”

SECTION27 took the view that statements about Umlingo wamaNgcolosi that can de-activate Covid-19 as well as the peddling of theories of a “China Coronavirus 5G connection”, were made with the intention to deceive people about Covid-19.

Putting Regulations to the test

Bearing in mind the importance of Regulation 11(5), SECTION27 sought to put an end to Mr Cool’s activities by reporting him to the authorities so they can enforce the regulation.

Back in the time of the Rath case, the TAC relied on provisions of the Medicines Act – a complicated piece of law and this resulted in the case dragging on for some months. This time, however, we were armed with the new Regulations which have been passed to specifically deal with Covid-19 and which in theory should have the advantage of being quicker.

The Regulation in terms of the National Disaster Act is one of the many legal instruments with which we are trying to fight Covid-19. This will work only if they are implemented strictly and if everyone takes responsibility for their implementation.

It is rather disappointing that our first attempt at protecting the public from falling victim to potentially harmful conduct was met with hopeless unpreparedness from various authorities. We trust that the Hawks, who now appear to have been mandated to lead this element of the response, will be more prepared.

As we settle into the national lockdown, it will be helpful to have clear processes and procedures that allow the efficient implementation of the Regulations. Surely, we can’t afford to let quacks peddle fake cures for Covid-19? In the days of Aids denialism, the government turned a blind eye to quackery, or even supported charlatans like Rath. We need to know those mistakes will not be repeated. MC

*Tendai Mafuma is a legal researcher in SECTION27’s Health Programme.

**This article was produced for Spotlight – health journalism in the public interest.