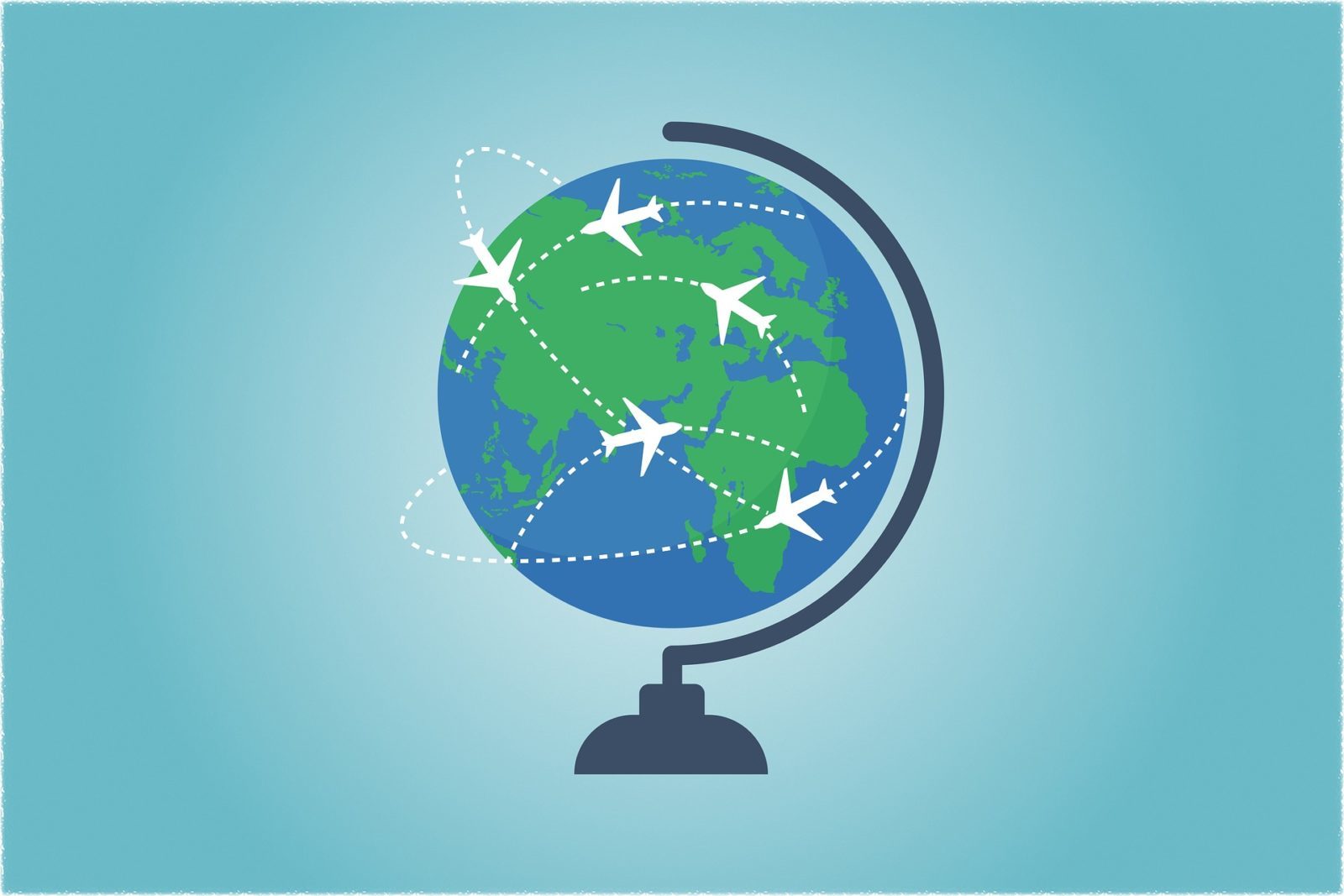 Is this the real life? Is this just fantasy? Or have I been drinking too much mezcal?

Old Fuego has been rather moody of late. Yesterday it rumbled and boomed, sending plumes of smoke into the sky, and last night it belched out a column of flame, a spectacular sight from the rooftop terrace of the villa in the Guatemalan town of Antigua where I’m staying … for the unforeseeable future.

Fuego (Fire) is one of three volcanoes on the outskirts of town. The other two are Agua (Water) and Acatenango. Only Fuego is still live: it last erupted in 2018, killing almost 200 people, and after its most recent grumblings volcanologists have warned people to steer clear. (Not that anybody’s going anywhere these days.)

There’s something primordial about a smoking volcano in the distance (Fuego is 18km from town). Something that connects me with my ancient ancestors, whose voices are still imprinted in my DNA, who reach out to me in my dreams, who try to guide my steps, and who sometimes mutter in exasperation at my actions.

Apart from having a volatile volcano on its precincts, the town of Antigua is in a major earthquake zone. An earthquake destroyed it in 1773, and the town is strewn with the ruins of churches from that time. Headless stone saints, crumbling angels and devastated naves and bell towers are commonplace. “Look on my Works, ye Mighty, and despair!” indeed.

When I came to town, from a distant epoch and a far-off world about almost four weeks ago, it was gearing up for Santa Semana – Holy Week, the Easter festivities, and the biggest celebration in Latin America’s Catholic calendar.

The processions had started already – they were intended to gather pace for the next few weeks – and dozens of purple-robed men were shouldering a massive float, while a brass band followed them, playing a dirge. The float depicted Jesus Christ carrying his cross up Golgotha, the Hill of Skulls. Jesus’s face was contorted with anguish, and combined with the slow funereal music the whole scene evoked an immense feeling of poignancy.

It seemed to represent the story of every human’s life, the cross of our own making that we all have to bear, the walk along the Via Dolorosa (the Way of Suffering) that we all take, the slow ascent up Golgotha that ends with mortal pain, despair and isolation. (“My God, My God, why hast thou forsaken me?”) Followed by death.

And then resurrection and ascension if you haven’t broken too many commandments.

The float and the brass band receded into the distance, and I headed for Dyslexia, which Culture Trip informed me was “the coolest bookstore in Antigua”.

I walked the cobbled streets of the old town, a Unesco World Heritage Site, until I reached a place called Cafe No Se (Cafe I Don’t Know). It was dark inside, gloomily lit by dozens of quivering candle-flames. There was a poster of Donald Trump on a wall, with underneath it the slogan: Donald es un pendejo, meaning “Donald is a dumbass”.

The word pendejo comes from a Latin root meaning “pubic hair” and the phrase was apparently first used in Spain in the 16th century to describe teenagers who thought they were smart because they had grown pubes.

Behind the bar sat a beautiful woman with long hair that glowed in the candlelight like (I imagined) the copper prow of the trireme that took Helen to Troy catching the last rays of a Mediterranean sunset shortly before all hell broke loose, before Achilles threw the all-time greatest hissy fit ever after his best buddy Patroclus was slain.

Turned out she was Russian, her name was Victoria, and she was writing a novel based on her experiences.

Every young traveller with literary ambitions wants to write a novel like Shantaram, the reputedly true story of an Australian philosophy lecturer who becomes a heroin addict, then a bank robber to fund his habit, is then captured and after escaping from Australia’s most notorious prison, goes to India, where he becomes a slum doctor, falls in with the Bombay Mafia, falls in love with a beautiful woman, fights in Afghanistan, fights in Sri Lanka, turns again to heroin, is imprisoned in India, painstakingly writes more than a thousand pages of a novel which is confiscated and destroyed by prison warders, and painstakingly writes the book again. At least, that’s how I remember it.

After some literary chit-chat, Victoria guided me through dimly lit rooms to the adjoining bookstore and left me there to make my choice. I settled on The Lay of the Land by Richard Ford, the third in a series about the sportswriter turned estate agent Frank Bascombe, who, in the novel, is going through late middle-age (the “Permanent Period”), freshly diagnosed with prostate cancer, deeply introspective and acutely observant, a wry and intelligent commentator with often fresh and startling insights who, although I didn’t know it at the time, was to become my only friend in Antigua during the Period of Isolation.

I showed my choice to Victoria; she wrote it down and took a couple of banknotes from me, and then we started drinking.

It’s the speciality of Cafe No Se and they have their own house brand called Ilegal. It comes in a number of variations.

“Which one do you recommend?” I asked Victoria. “The Joven. It’s a reposado.”

So we each had a Joven, which is aged for four months in American oak barrels. It tasted of the gunsmoke at the OK Corral, of the seawater dripping off Aphrodite as she rose from the sea, of your first real deep kiss, of meteorites streaking across a Karoo sky, of the tears that rolled down Mary Magdalene’s face as she washed the feet of Jesus.

In short, it was a damn fine drink, and, as these things do, one mezcal led to another, and another led to yet another, and pretty soon I was back in my cheap hotel room, unpacking my little daypack that contained all the stuff I would need for the next year, travelling in Central and South America, following the data stream and subediting for Daily Maverick. La vida loca baby. The crazy life. (At least that was the plan back then, in the good old days three weeks ago before the world went to hell in a handbasket.)

Then I was back at Cafe No Se, and I realised it was the best bar in the world. The interior was still dimly lit by dozens of quivering candle-flames. In the first room were two guys playing fiddles, while a third sang the blues. The coolest bluesiest blues ever, blues that were so goddam sad you just had to smile. The next room was crowded with people, laughing, talking, gesticulating, drinking, telling fine stories and philosophising like Gregory David Roberts (“Lin”) did in Shantaram.

I joined in, with my broken Spanglish, and made many new friends, and all too soon the night was over, and I was walking the cobbled streets back to my hotel room, while in the distance old Fuego belched smoke into a clear and starry sky.

The next week passed in a blur, work in the morning and early afternoon, and then visiting a number of establishments with which I had acquainted myself. The Antigua Brewing Company, where you could drink the finest pale ale and contemplate the three volcanoes from the rooftop; Fridas, with its pictures of Frida Kahlo and neon sign proclaiming “Mezcal mi amor”, where the mezcal – Siniestro Coyote – was even better than the mezcal at Cafe No Se, and it was served with a piece of spiced orange and salted crickets … round the evening off at Cafe No Se, talk to Victoria or any number of interesting strangers, stumble through the cobbled streets, sleep, wake up, repeat.

It was, sadly, a fool’s paradise.

It seemed as if the planet was rebooting, that humans were paying the price for their greed and arrogance.

Guatemala was not immune, and on Sunday 15 March President Alejandro Giammattei announced that all bars and restaurants and non-essential work would cease and that Santa Semana was cancelled and that the borders of the country would be sealed.

I was in Cafe No Se that night. It felt like I imagined Berlin did in 1939.

We drank mezcal, and I talked to a young American about Jack Kerouac (as one did at the Cafe No Se), and then the young American sang a song he made up on the spot about the coronavirus, and we all laughed and applauded.

Then it was closing time, and Victoria asked the young American if she could share his Uber.

One morning I was eating a ham and cheese roll and sitting on a bench outside a church. (Such things are still permitted between 4am and 4pm.)

A flock of pigeons, accustomed to being fed by tourists, noticed me, and began advancing with intent, across the sidewalk, scores of them, a feathered army with bobbing heads.

I idly tossed a few crumbs at them, and they mobbed me, tried to snatch the roll out of my hand, flew into my face, attacked me, and I had to fend them off lest they peck me to death.

I imagined the headline – two decks of 18 point – in a South African newspaper above a 3cm story amid all the catastrophic Covid-19 articles: “SA man pecked to death by pigeons in Guatemala”.

For some reason this tickled my fancy, and I chuckled. “Way to go dude,” I thought. “Way to go.” ML