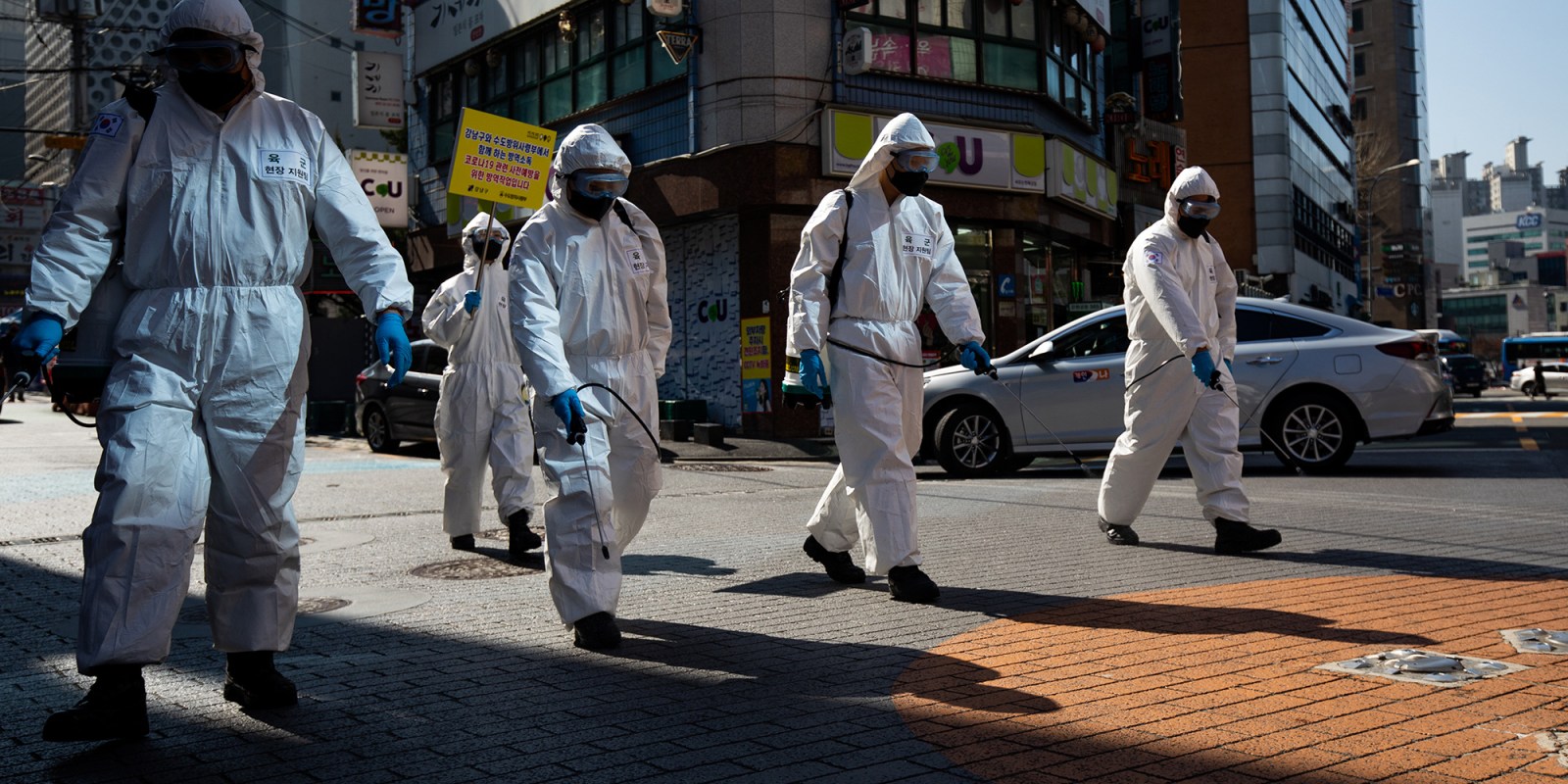 Professor Wilmot James is a former South African member of parliament who now teaches political science and conducts (non-clinical) research on children and catastrophes in pediatrics at Columbia University in New York City. The Brenthurst Foundation spoke to him about the Covid-19 pandemic, which he calls a ‘slow-moving hurricane’ – a wildly uncertain event affecting every part of our personal and public lives.

Listen to a podcast with Wilmot James about Covid-19 here.

When you compare the rate of new infections for European countries with those of Asian countries, a startling pattern emerges: 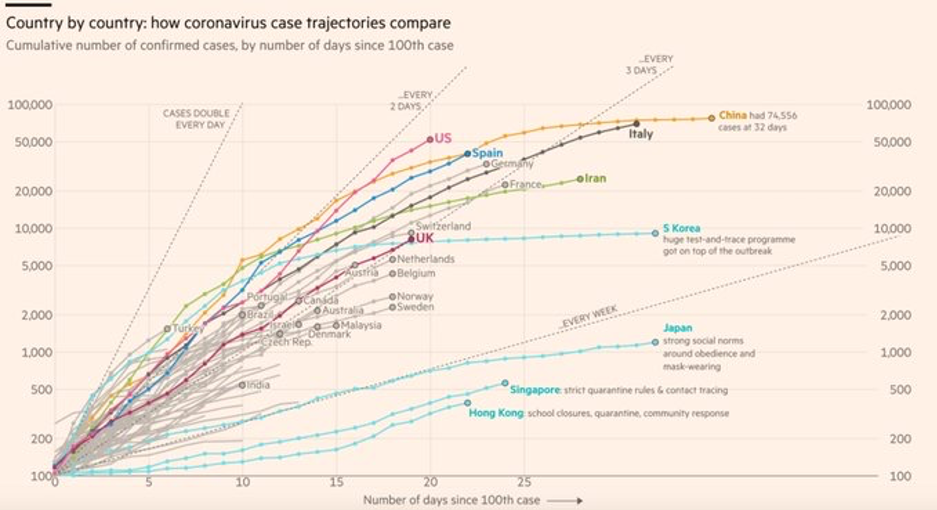 South Korea, Japan, Singapore and Hong Kong report a much slower rate of infection than the US, UK, Spain, Italy and others. What is the difference between these countries? According to Professor James, they learnt as they went along, and acted swiftly.

“There are a couple of lessons there. The one is that if you test ‘aggressively’ you know what you’re looking at, you know who’s at risk and you understand the rate of infection. Testing helps you to know the scale of the problem and to act on that. So, the lesson is rapid detection and surveillance.

“The second is – and South Korea learnt this the hard way, although they have had one of the best responses of any country – you need to shut down travel and you need to introduce physical distancing very quickly and scale it up fast.”

The point of physical distancing, explains James, is to stop transmission of the virus and give your health system – hospitals, equipment and staff – time to catch up. That way, the system won’t be crippled or overwhelmed by the number of cases at any point in time, as is the case in places like Spain and Italy at the moment.

Corona will necessitate improvements to our medical systems

On the South African government’s response to the pandemic, he says: “It’s clear that South Africa took some really good advice and acted swiftly.”

The Global Health Security Index, on which James serves as a panel member, released their global report for all countries in October last year. “We ranked South Africa 34th,” he revealed.

“When we look at the individual scoring, we are strongest when it comes to detection and surveillance, but not very strong when it comes to resilience of our health systems. It’s therefore right to try and scale up immediately.

“There is a project underway to improve our systems; there is no doubt that this emergency will accelerate that improvement, because this is a threat. Of course, some systems are harder to fix than others. Hospitals, informal settlements, etc, will be a huge challenge. [But] when it comes to Covid-19, we’ve done well (so far).

“South Africa has taken the right move in being led by the president and taking a whole-of-society approach,” says James.

“In Vital Signs, the book that we put out in January, there’s a recommendation that the president take the lead on this. He should put together a unit in the presidency for constant vigilance. I’m not saying he’s taken our advice or read our book, but he’s certainly risen to the occasion, and has taken the lead for Africa. Especially since South Africa is assuming the leadership of the African Union this year.”

Our lives could change for the better after this

“The economic fallout from the pandemic is already a dramatic one. And the severity will depend on how long the pandemic lasts. But it will burn out at some point. And how it will affect productivity and supply chains is not clear, but it will be dramatic.

“About $9 trillion has been shaven from stock markets already.

“The World Bank estimated a few years ago that a Spanish flu-like pandemic could shave off $4 trillion, but this is probably an underestimate. We will certainly see some kind of economic depression and this will also speed up deglobalisation.

“We will have to travel less – which will be a good thing. But it will also affect tourism, which isn’t a good thing for South Africa. Store-front retail will continue on a downward trend, as delivery apps and online orders become even more popular.

“Economists say there was a need for a correction anyway … What comes out of it, whether it will be long term – the effect is not entirely clear.

“But I think there’s also a sense on a human level that people are thinking, ‘What is really important for me in my life?’. Maybe there are some durable lessons there – that we are spending more time with our families.” DM

The Brenthurst Foundation is a Johannesburg-based think tank.