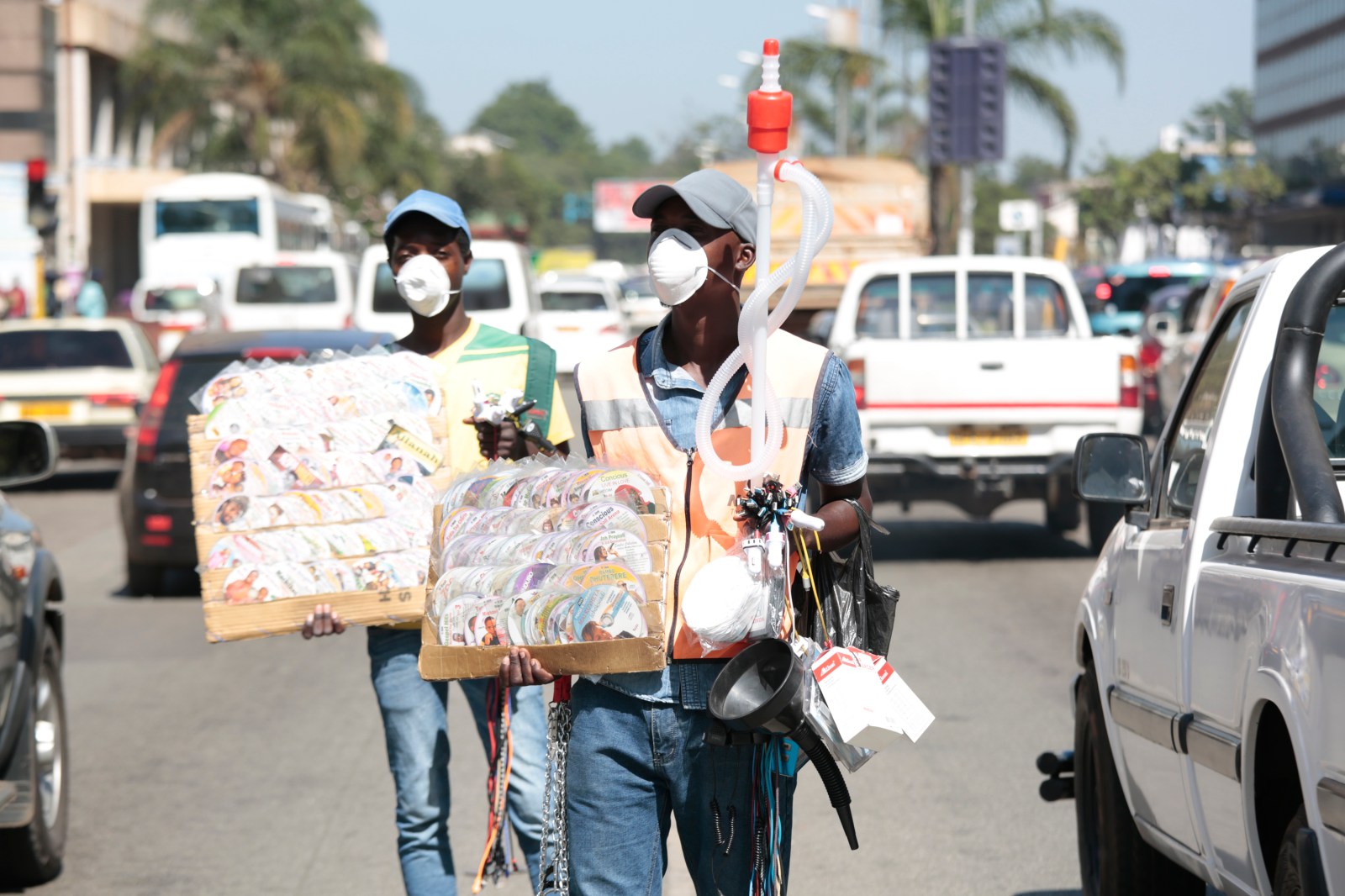 epa08317847 Street vendors wearing face masks hawk their wares to passing motorists in Harare, Zimbabwe, 24 March 2020. The Zimbabwean government has ordered the closure of all schools in light of the ongoing pandemic of the COVID-19 disease caused by the SARS-CoV-2 coronavirus, which has caused one death in the African country so far. EPA-EFE/AARON UFUMELI

HARARE, March 27 (Reuters) - Zimbabwe will impose a nationwide lockdown for 21 days from Monday to help curb the spread of the coronavirus, and security forces may be deployed to enforce it, President Emmerson Mnangagwa said on Friday.

The decision is seen hurting an economy already struggling with a drought, shortages of foreign exchange and a staggering unemployment rate of over 90%, forcing people to survive on informal trade.

Mnangagwa said in a live broadcast that only state and health workers on duty will be exempted from the lockdown, while funeral gatherings should not involve more than 50 people.

“Some of the measures will be drastic and are sure to upset the daily routines of our lives. Should it become necessary, security forces will be deployed to assist in the enforcement of these measures,” Mnangagwa said.

Nelson Chamisa, the main opposition leader and usually a strident critic of Mnangagwa and his government, said he supported the government’s decision as Zimbabwe was “in circumstances of a catastrophe.”

“Politics aside, we must unite to save lives,” Chamisa wrote on Twitter.

Zimbabwe has reported five confirmed coronavirus cases and one death, although the opposition and other critics accuse the government of understating the figures and of dragging its feet in taking necessary action to halt the spread of the disease.

The 76-year-old president said the government was still looking at ways to support the economy to avert two successive years of recession, after a 6% contraction last year.

Most Zimbabweans eke out a living hawking goods on the street, and a shutdown will leave many without an income or food, analysts say.

Last week Mnangagwa announced measures to curb the movement of people, but it has largely been business as usual in Zimbabwe so far, with informal markets and businesses remaining open and public transport continuing to operate.

Earlier, a Zimbabwean billionaire offered health workers new support, including life insurance and cash, after nurses and some doctors walked out over a lack of protective clothing for treating people suffering from the coronavirus. (Reporting by MacDonald Dzirutwe; Editing by Alexander Smith, Gareth Jones and Hugh Lawson)