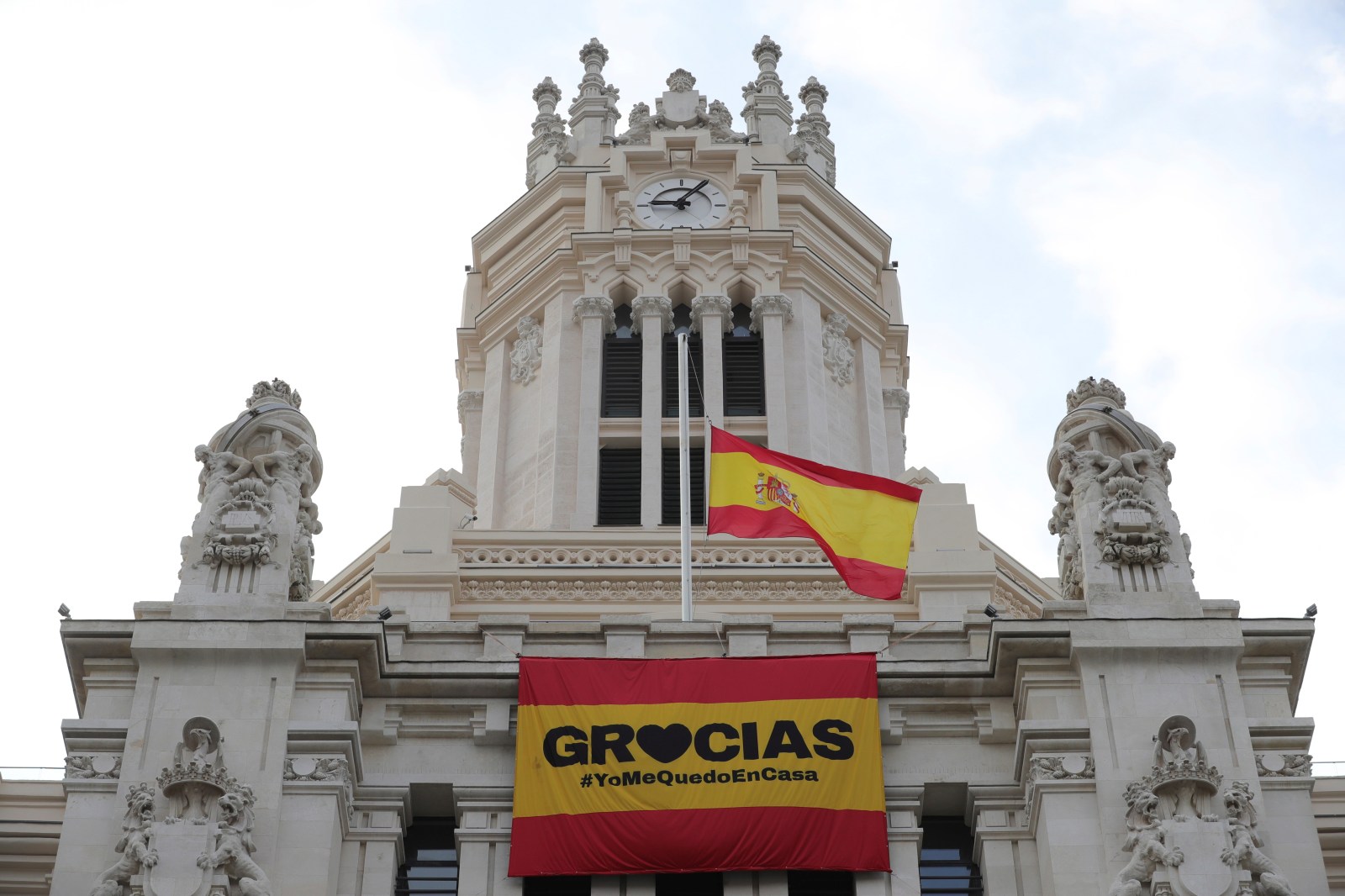 Health emergency chief Fernando Simon, who has been holding daily briefings on the epidemic, has tested positive for the virus, his deputy said.

Maria Jose Sierra, who replaced Simon, said the daily infection increase had slowed since the introduction of lockdown measures to 12% on average since March 25 from around 20% in the March 15-25 period.

As Spain awoke to its third week of a nationwide lockdown – the strictest yet – flags flew at half-mast in the capital and the surrounding region, which has been the epicentre of the epidemic.

The government said it was imposing caps on funeral prices, following reports that undertakers were taking advantage of increased demand.

The first batch of medical supplies requested by Spain from NATO’s disaster coordination centre arrived from the Czech Republic by plane on Sunday evening.

After the government announced on Saturday that all non-essential workers should stay home for two weeks, Antonio Garamendi, president of Spain’s business association, said the lockdown could lead to a full-blown social crisis and criticised the delay in clarifying which sectors were “essential”.

“If you stop the country, we’ll have a huge social problem within five months,” he said in a television interview.

The government gave businesses an extra 24 hours to wind down operations, with full closure of non-essential activity to start on Tuesday.

In the Basque Country, a major industrial hub, business association ConfeBask described the new measures as irresponsible and thoughtless, insisting that further shutdowns would only worsen the social and economic impact of the crisis.

Catalan business group Foment del Treball called for further measures to cushion the blow from the enforced shutdown and said the state should cover 75% of labour costs incurred during the period by companies with limited access to funds.

But the government, which earlier this month announced an unprecedented 200 billion euros economic aid package, defended its policies.

“We have always maintained that the aim was to try to balance fighting against the virus’s propagation with upholding the basis of our economic system,” Transport Minister Jose Luis Abalos said on national television.

The European Central Bank’s Spanish vice-president, Luis de Guindos, said in a radio interview that the stricter lockdown would exact an economic toll, but if Spain managed to prevent the closure of many companies, they could recover when normality returns. (Additional reporting by Inti Landauro, Belen Carreno and Jesus Aguado; Editing by Andrei Khalip and Giles Elgood)