More than a thousand South Africans are still stranded... 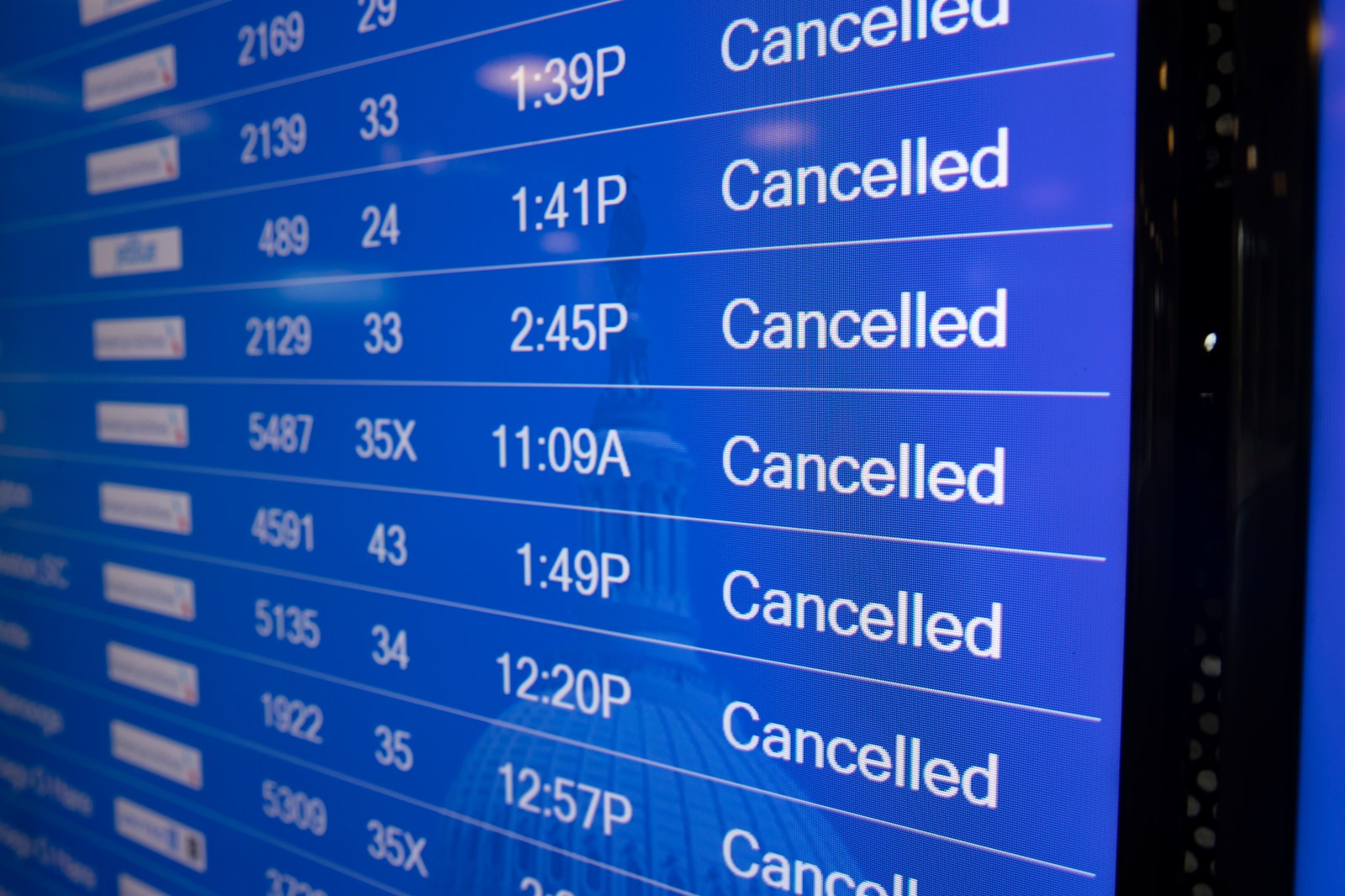 It is all hands on deck as South Africans trapped abroad by Covid-19 try to get home. Diplomats are trying to help, but more is needed.

Like Viktor Navorski, the character played by Tom Hanks in the movie The Terminal, Capetonian Markus Coetzee is stuck in Sao Paulo airport and has been sleeping on a bench there for three days, with no end in sight. He’s caught in bureaucratic limbo. He can’t fly back home because OR Tambo International Airport is closed. Nor back to Chile where he came from because the country is now under a coronavirus lockdown. And the Brazilian authorities won’t let him out of the airport because of their coronavirus restrictions.

He is just one of over a thousand South Africans stranded abroad by all the travel restrictions and lockdowns which governments have been frantically imposing to try to curb the wildfire spread of the coronavirus. They include elderly tourists who were on cruise ships and are now stuck in their hotels in Italy – the new epicentre of the pandemic – who can’t get their vital medicines and are being fed a meagre diet by a skeleton staff. Other South Africans in Vietnam are about to be kicked out of their hotel and forced to sleep on the street.

Now they have appealed to International Relations and Co-operation Minister Naledi Pandor to send government aircraft to fetch them, saying if it rescued the South Africans stranded in Wuhan, why can’t it rescue them?

The marooned travellers have formed a chat and Facebook group, “Home away from Home”, to share information and experiences on how to get back to South Africa and how to cope in the meantime. And DA MP Darren Bergman, party spokesperson for international relations, is making representations to Pretoria on behalf of 1,011 of them.

Bergmann told Daily Maverick on Sunday 30 March that the stranded South Africans included a group who had every reason to believe they could return to South Africa before the lockdown imposed last Thursday at midnight, but were caught off guard when Transport Minister Fikile Mbalula suddenly shut OR Tambo International Airport during the day on Thursday. The other travellers were those who had embarked or tried to embark on their homeward voyages after the lockdown began, mostly caught off guard by the sudden restrictions.

In the first group were several travellers who caught connecting flights to hubs like Dubai, Doha and Heathrow, London where they were then only told they couldn’t connect to Johannesburg because of the closure of OR Tambo Airport. So now there were passengers stranded in those airports, some of whom desperately needed chronic medication for life-threatening illnesses. And there were about 200 South Africans in Angola who had been willing to charter a flight but had not been given much help by the South African ambassador there to do so.

Bergman said he had just sent a list of the 1,011 names of the stranded travellers to the Department of International Relations and Cooperation with an appeal to Minister Naledi Pandor to help them get home. He proposed that the government send aircraft to collect them from key points, perhaps Doha, Heathrow and Luanda, and other stranded passengers could fly there in charter aircraft to meet the South African aircraft. With the government’s backing, the South African aircraft could fly from an airforce base such as Waterkloof, since civilian airports are closed. Bergman said there was some urgency to this mission as he had heard by Thursday more international airports and cities would be closing down because of the coronavirus.

Berman said he was pleased to have received a reply from Pandor on Sunday to say she would look through his proposal. He said he hoped President Cyril Ramaphosa – who had been fully briefed by acting DA leader John Steenhuisen – would support the rescue plan, which he likened to the government’s mission to fetch South Africans stranded in Wuhan recently. Bergman stressed that this was not a political initiative and that it enjoyed the support of all parties.

He said the chat group and Facebook group were helping some of the stranded passengers cope with the stress and discomfort while they waited to return. This included even arranging a pillow for a 21-year-old man who is sleeping at Kuala Lumpur airport in Malaysia, and finding baby food for a couple with an infant. Other South Africans resident in places like Dubai have been offering accommodation to the stranded via the online support groups.

Leanca Louw, trapped in Edmonton, Canada, told Daily Maverick that last week she had been “hysterical” trying to find a way to fly home. She had originally intended to return on April 1 but tried to go earlier when the lockdowns began kicking in. KLM had cancelled her flight three times, to give priority to returning Dutch citizens from Canada to the Netherlands to avoid the shutdown.

“And we could get no joy from the airport or the airline or the High Commission in Ottawa about what was happening.”

Louw said she was now scheduled to fly to Amsterdam on April 5 but would not fly as she feared being stuck in the terminal at Amsterdam airport because the onward flight to OR Tambo Airport would be cancelled. She said that the chatroom and Facebook group which opened a few days ago had made her realise she was comparatively well off. But she said she suspected that she would be stuck in Canada for the next three months as she was sure the lockdown in South Africa would be extended because of the rising number of Covid-19 cases.

Others on the Facebook group have reported that South African embassies or consulates are not staffed because of local lockdowns and this has complicated their efforts to get consular assistance.

Markus Coetzee, the Capetonian lodging involuntarily in Sao Paulo transit lounge, said he was trapped as he could not fly home, fly to Chile or leave the airport to enter Brazil.

“I am at the mercy of South African foreign affairs to see if they can do something for us,” he said, adding that he had tried to reach the South African consulate in the city but his emails had all bounced back. He was hoping to reach the consulate by WhatsApp later on Sunday to ask officials to help him at least get out of the airport.

Coetzee said he had been travelling deep in the Patagonian region of southern Chile, when the coronavirus restrictions started to kick in. When the news reached him that Ramaphosa had announced last Monday that South Africa was being locked down last Thursday at midnight, he advanced his travel plans and flew from Santiago, Chile, to Sao Paulo, on Friday. He said he had no idea that OR Tambo Airport had already been closed and Latam Airlines did not inform him in Santiago that he would not be able to connect from Sao Paulo to Johannesburg.

“It was ridiculous that I had to find out that news on Twitter when I got to Sao Paulo,” he said.

Coetzee said he was aware of 25 other South Africans from a cruise ship who were stuck in Sao Paulo as well as others in Lima, Peru.

Another South African, Sandy Doyle, posted on the chatroom that she and her partner were stuck in Copacabana, Rio de Janeiro. They had arrived in Brazil on March 13, at the start of an intended five-week tour of Brazil and Argentina.

“The coronavirus pandemic escalated very quickly with borders rapidly closing around us. Seems the airlines were ill-prepared to deal with the sudden lockdown. Flight schedules were not timeously updated and we have all been caught in the crosshairs,” she wrote, adding that she was “expecting help from our government”.

Whether the government will help remains to be seen. One South African stranded in Lima, Peru, received a note from the embassy there which suggested otherwise:

“A traveller needs to take responsibility for their own flight arrangements and situation. The respective countries have put their own regulations in place during the lockdown periods and the airlines have their own restrictions.”

The traveller said that the embassy had received a message from head office in Pretoria that the government “cannot afford to evacuate South African nationals abroad”. It suggested that each group arrange a charter flight and the embassy could assist with negotiating landing rights with the Peru government. DM