Labour prepares for showdown with government as wage ta...

Labour prepares for showdown with government as wage talks collapse 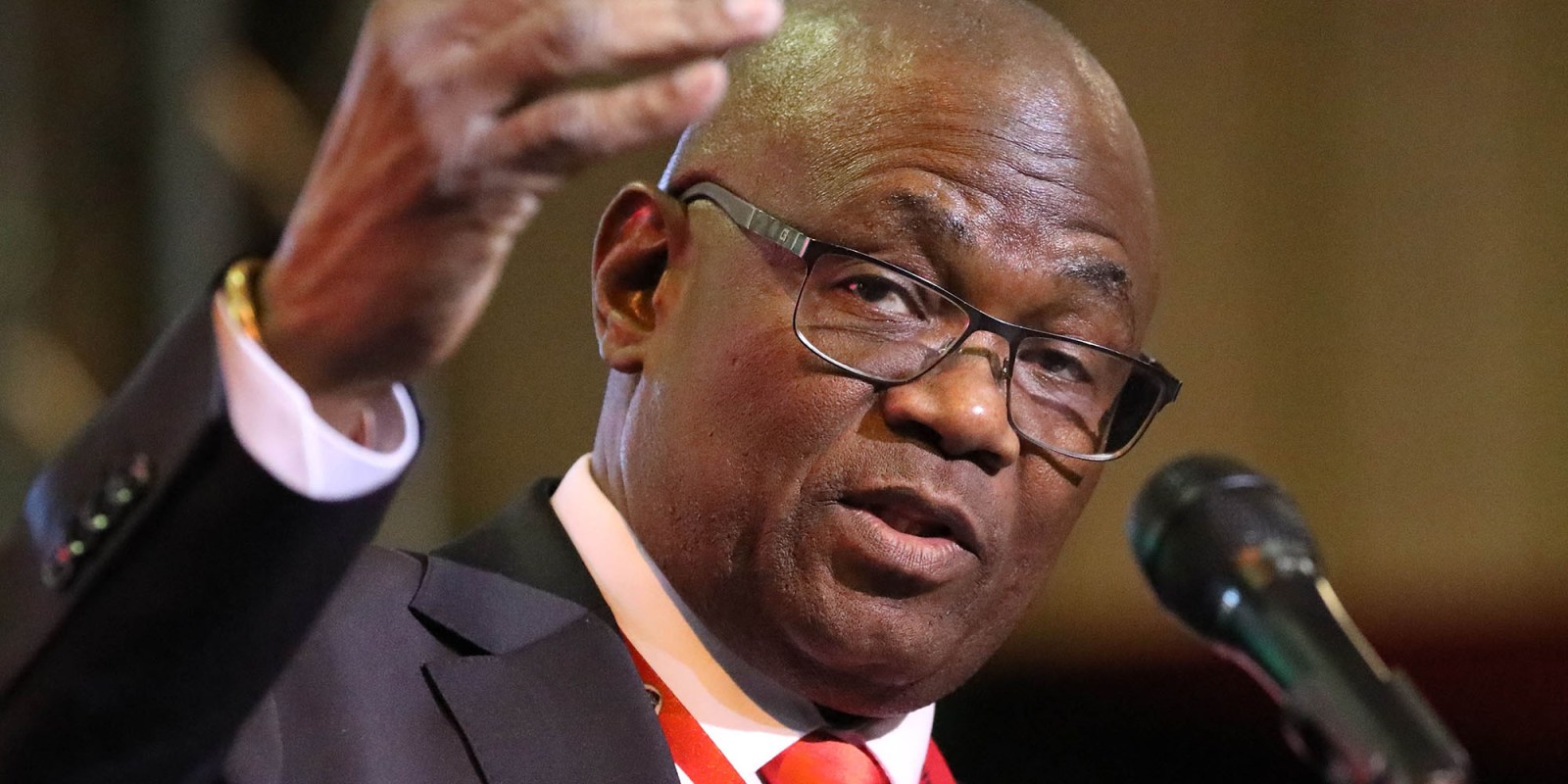 An interview with Mugwena Maluleke, the chief negotiator for Cosatu-affiliated public sector unions, about the collapse in the latest wage talks and whether labour is being unreasonable in its demands at a time when public finances will deteriorate further due to the coronavirus outbreak.

As the nation went into day one of the three-week shutdown on Friday 27 March to contain the spread of Covid-19, a dispute emerged between the government and public sector unions over cuts in the wage bill.

Public sector unions rejected the government’s new wage offer for the 2020/2021 financial year. According to unions, the government proposed a 4.4% increase for employees at levels one to eight while employees in higher-income categories – between levels 9 and 16 – will get no increase.

Finance Minister Tito Mboweni wants to cut the public sector wage bill by R160-billion over the next three years as it is the single largest component of government expenditure — at R639-billion for the 2020/2021 financial year.

Mboweni wants to review the three-year wage agreement that was entered into with public sector unions in 2018. In downgrading SA’s credit rating to junk on Friday, Moody’s Investors Service said it doubts that the government’s targeted cuts in the wage bill will materialise because the matter is a political hot potato.

Question: Do public-sector unions realise that the government might not be able to afford their wage demands considering that public finances might deteriorate further given the unexpected impact of the coronavirus and various relief measures the government must fund to contain the spread of the virus?

Answer: Labour is aware and taking into account that the economy has been in recession for the two last quarters and that the unexpected coronavirus outbreak will drain resources of the state. That is why we want to go back to our various platforms where we will engage with the National Treasury. We have been telling the National Treasury to stop engaging us about the wage bill through Parliament. We are not in Parliament. If they go to Parliament to present a budget (with cuts in the public sector wage bill) without engaging us, then it creates a problem of integrity and trust in the collective bargaining process.

Q: Then why did the latest wage talks collapse?

A: The government wants to fund the 4.4% increase in wages using funds from the 1.5% performance-related increase that it promised to us when the government entered into the wage agreement with us back in 2018. The state cannot come to us and say: ‘we are not going to give you a big increase but we want to take something away from you in order to give to you something’.

Another problem is that other professionals – such as the 400,000 educators in SA – are not being catered for in wage increases because they will be getting a 0% increase. For police workers, there is no proper explanation of how the government will deal with pay progression that they normally get over a period of two years. There is no recognition of the fact that these are essential people who have to fight the coronavirus. Our members (police, doctors and nurses) are at the frontlines of the virus, risking their health in the process.

Q: So public sector workers are not willing to make uncomfortable sacrifices when the economy and public finances are under pressure?

A: I don’t want to say that labour doesn’t want to understand the difficult economic situation. In 2018, we already had to compromise by saying that workers in levels 11 and 12 [higher-income categories] will not receive any increase that is above inflation. Once you start squeezing the public sector through little or no wage increases, you will also destroy the economy because you will restrict consumption and spending among 1.2 million public servants. Once they don’t have any disposable income because you haven’t been able to adjust their salaries to inflation, they are going to be faced with a lot of increases in electricity, food, and others.

Q: Do you think public sector workers are overpaid? The National Treasury believes so, saying the average annual wage growth per worker in the private sector was 2.1% in the first half of 2019, compared to 10.4% in the public sector.

Q: There is no time left on the wage agreement as public sector pay increases take effect on April 1. What is the next move that public-sector unions are considering?

A: The unions are consulting with their counsel to weigh their options such as invoking a dispute resolution mechanism provided for in terms of the collective agreement [that was signed in 2018]. Labour has been patient with the government even though it wants to review the three-year wage agreement at the last minute because it is experiencing financial problems and needs to cut the wage bill.

Labour is saying that the government needs to respect the collective bargaining forum and engage there. BM