Getting arrested during lockdown is easier than you think 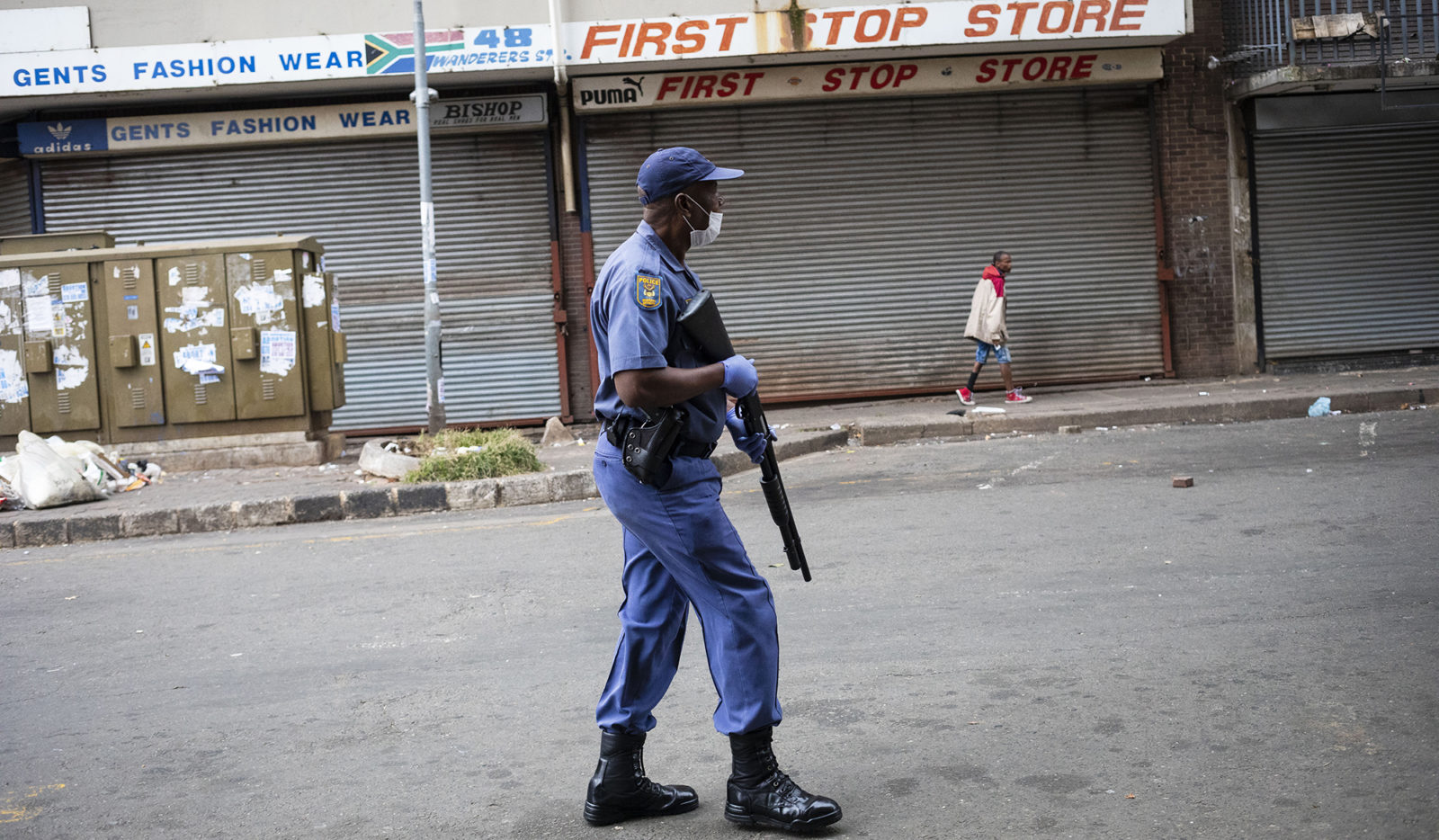 The clampdown on lockdown is strict. But what happens when you run out of groceries or need to make an urgent trip to the pharmacy? The rules say in that case, you’re allowed to leave the house, but the experience of a Mitchells Plain resident shows you might just end up in jail.

Ebrahim Hartley was on his way to buy electricity at his local spaza shop on Saturday when he was arrested, for being in public during the lockdown.

Speaking on Hartley’s behalf, his wife, Rushaan Basardien-Hartley, said the incident happened just outside their home at one o’clock in the afternoon, and her husband – a diabetic – was only released from police custody just before midnight.

He had allegedly tried to explain to police his reasons for leaving his home and had proof in the form of his ID, some cash and a slip with the electricity meter number.

A panic-stricken Basardien-Hartley tried to contact the Mitchells Plain police station, but was sent in circles before she received word that her husband was in the holding cells and would apparently only be released after the 21-day lockdown had transpired.

Luckily, this wasn’t the case, but Hartley was issued with a warning to appear in court 11 June 2020, on charges of contravening “Regulation 11B (1)(a)(i) of the Disaster Management Act” which reads:

“For the period of lockdown, every person is confined to his or her place of residence, unless strictly for the purpose of performing an essential service, obtaining an essential good or service, collecting a social grant, or seeking emergency, life-saving or chronic medical attention.”

“He is so traumatised,” Basardien-Hartley told Daily Maverick.

Police told her that the charges will probably be dropped.

With the lockdown in full effect, police, law enforcement and the army have been patrolling the streets to make sure people don’t leave home – unless they really have to. But what happens when leaving home for legitimate reasons results in your arrest? Concerns have been raised that the regulations are unclear in some cases and are being inconsistently enforced.

One thing that’s clear is that walking your dog and jogging outdoors are prohibited.

People working in essential services are technically the only ones who can move about with fewer restrictions than everyone else, but are required to carry an ID, and a permit.

If you’re not in essential services, you don’t need an ID or permit if you’re leaving the house for valid reasons such as buying groceries and medication, seeking medical care, or collecting grants. Only two people can be in the car though and you must stick to social distancing protocols.

But without the need for documents/“proof”, it seems police will just have to take your word for it that you’re off to Shoprite.

If police or the army do act unlawfully towards you, you may be entitled to “compensation for loss or damage” since Regulation 11E of the Disaster Management Act has been deleted.

According to Disaster Management Regulations, flouting the law can result in six months in jail, a fine or both.

The Department of Justice and Correctional Services said courts will remain open to deal with urgent matters and “offences and or applications related to the Covid-19 regulations,” said spokesperson Chrispin Phiri.

By Saturday morning, 55 people had been arrested for breaking the lockdown law. In a statement released by SAPS, Cele said 20 arrests were made in Gauteng, 11 in North West, 10 in Limpopo; seven in KwaZulu-Natal; five in the Free State; and two in the Western Cape.

“Some of these transgressors blatantly defied the instructions and the lockdown regulations and engaged in activities such as street bashes, while some were sitting in groups drinking when it has been emphasised a number of times that the selling and movement of liquor during the lockdown period will be prohibited,” said Police Minister Bheki Cele.

So far, just under 24,000 SAPS, SANDF and Metro Police members have been deployed across the country.

A total of 172 roadblocks have been set up to monitor movements.

Although many citizens locked themselves indoors, hundreds were still out in public on Friday. Media reports and “non-fake”footage from social media has shown law enforcement’s sometimes heavy-handed approach to clamping down on law-breakers.

In Khayelitsha on Friday, members of the army were caught on video violently dispersing a group of men drinking on the side of the road. Some of them were kicked, manhandled, and told to f*** off while their bottles of alcohol were smashed to the ground.

In Yeoville, Johannesburg, police fired rubber bullets to disperse groups of people loitering on the street. A journalist was caught in the crossfire but wasn’t injured. After she identified herself to the police officers she was told to leave the scene, despite media being considered an essential service.

“I’m sure there’s lots of under-trained and over-zealous law enforcement officials who haven’t been adequately prepared for this,” said Andrew Boraine, CEO of the Western Cape Economic Development Partnership.

However, Boraine indicated that it was a “hard job” for law enforcement officials to decide how to enforce the regulations, especially in places where the rules may be unclear.

“It’s not like they’ve been trained for months on how to interpret these regulations.”

He stressed that it was vital for people to self-regulate, given what’s ultimately at stake.

“People need to look at this from a public health point of view. It’s not about civil liberties, it’s about public health.”

But he cautioned that a State of Disaster wasn’t a free pass to infringe on people’s rights.

Some South Africans were caught between a rock and a hard place. With lockdown falling so close to payday, many could only stock up on groceries on Friday, but were essentially breaking the law.

There are also questions about whether the blanket restrictions will work in areas like informal settlements, where lockdown and social distancing are almost impossible.

Boraine says government likely has mechanisms in place to continuously review and alter the current regulations.

Basardien-Hartley said the ordeal left her “stressed”. She and her husband will unlikely leave the house any time soon, for fear that something similar might happen again. DM