Travellers in limbo because of passports from high-risk countries 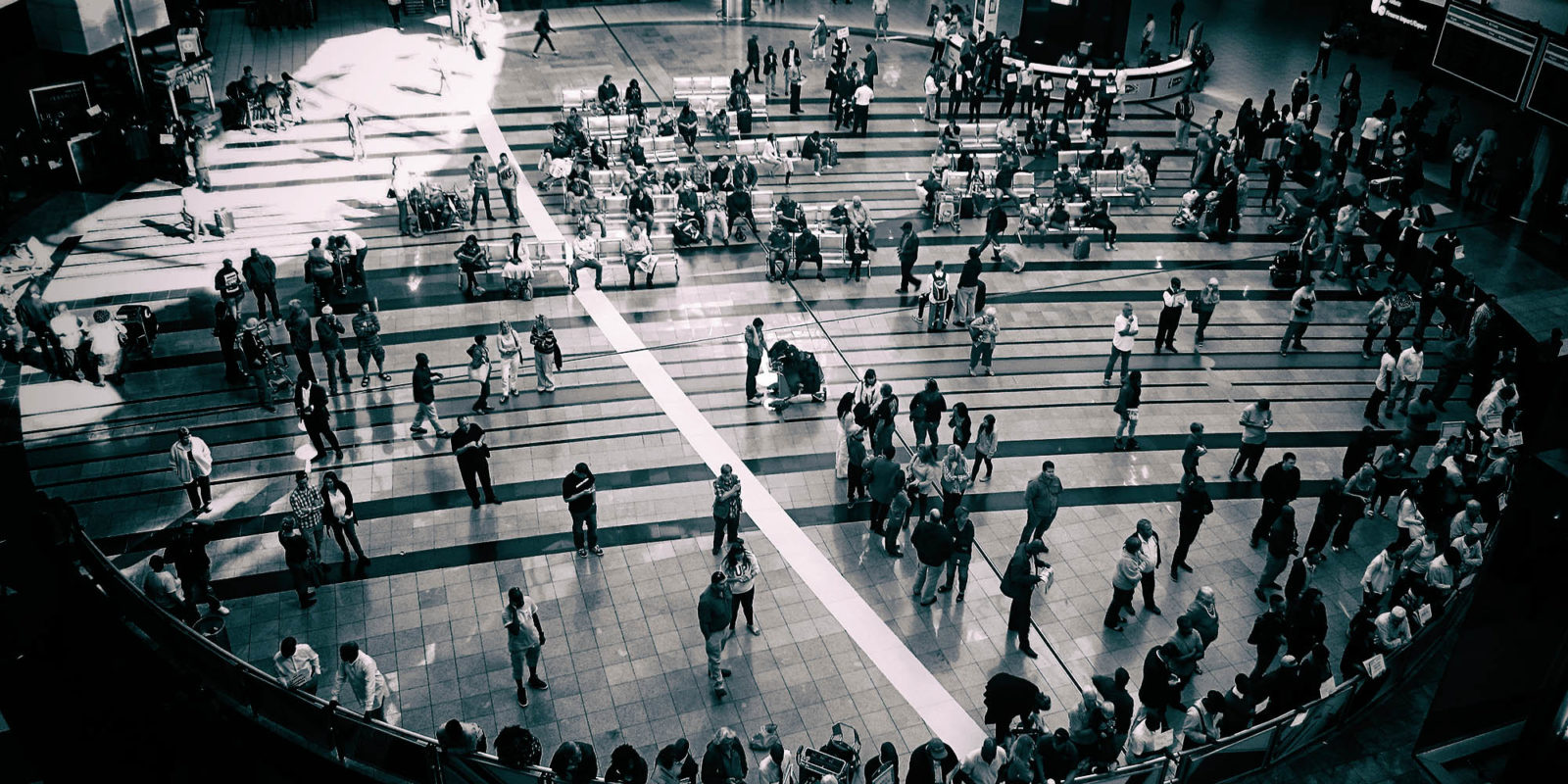 Yano Dzedze was stopped at immigration at OR Tambo airport after a flight from Rwanda and immediately taken to the detention centre at the airport because she has a German passport. Germany has been identified as a ‘high-risk area’. Her South African husband Nyaniso Dzedze was not detained. (Photo: Flickr / Travpacker.com)

On March 15 President Cyril Ramaphosa announced a travel ban on all passengers flying into SA from high-risk Covid-19 countries. But, as a group of travellers found out, you do not need to have flown in from the identified country, you only have to be travelling on a passport issued from a high-risk country to fall foul of the ban.

Yana Dzedze, a British citizen, has been in detention at OR Tambo International Airport for a week now. The reason: she arrived in South Africa travelling on a German passport.

“I have been sitting in a detention centre at OR Tambo International Airport since early Friday morning [March 20] with more than 20 people,” she told Daily Maverick.

And it is unclear how much longer she will be held there.

Dzedze was 15 the last time she was in Germany, and while born in the UK she was last in that country in August 2019, months before the outbreak of Covid-19.

Dzedze and her South African husband Nyaniso Dzedze landed on Friday at around 3am from Rwanda. She was stopped at immigration and immediately taken to the detention centre at the airport because she has a German passport. Germany has been identified as a “high-risk area”.  Nyaniso was not detained.

“This new travel ban does not take into consideration one’s travel history,” Yana told Daily Maverick, adding that she and others had not been near a red zone since the outbreak, but just based upon a passport they were being denied entry into South Africa.

Nyaniso and Yana have been married since 2018. She has been trying to get a spousal visa since then but has made no progress. Instead, she has had to stay in South Africa on a visitor’s permit.

“We realised that my visitor’s visa was running out. And so I flew to Rwanda to then fly back in again on a renewed visa. We went for like a week because usually, that’s around how long I need to be out of the country for them to let you back in on another visitor’s tourist visa.”

Unfortunately for the couple, during this time President Cyril Ramaphosa declared the National State of Disaster, on Sunday 15 March, and announced a range of measures that the government would take to try and mitigate the pandemic. Among those measures was the imposing of a strict travel ban.

“We are imposing a travel ban on foreign nationals from high-risk countries such as Italy, Iran, South Korea, Spain, Germany, the United States, the United Kingdom and China as from 18 March 2020,” he told South Africa that evening.

He added that government had cancelled visas to visitors from high-risk countries and “previously granted visas are hereby revoked”.

Nyaniso said the regulations were being interpreted incorrectly by immigration staff.

“I followed them as they took Yana. They detained and took her passport. And they still have in the passport… obviously, it’s written in the stamps… entry countries that she’s been to, travel history and everything.”

Yana is not alone in her predicament.

Jerelle Adams and Elena Serenades, speaking to Daily Maverick using Yana’s phone as theirs had been confiscated, said they too had been told they would not be allowed entry.

Adams, who holds a US passport but has been working at a school in Brazzaville, Congo, arrived in South Africa on Saturday 21 March at around 7am on a visitor’s visa.

“They told me, ‘you are inadmissible and your visa-free status for American passports has been revoked so you’re going to be detained’,” Adams said.

When Serenades, who holds a Spanish passport but was travelling from Vietnam, stepped off the plane with her South African partner, she was told she was being detained because of her passport.

“I haven’t been in Spain for the last year,” Serenades said.

The travel bans were implemented to stop the virus from spreading, but travellers detained describe how the detention centre is a “hotbed for spreading the virus”.

“They don’t have soap in the bathrooms,” Adams said. “They don’t have hand sanitiser and people aren’t wearing masks. They’re bringing in people from all over. So I just want people to understand that as a public health risk as well.”

“People who work here have shifts,” Yana said. “So people outside of the centre could be at risk of contracting the virus because there are no health measures being practised here. I know when I leave I am going to have to self-isolate.”

Attempts to get clarity on the travellers’ situation was difficult, as neither the Department of Home Affairs or the airports company, Acsa, have taken responsibility for the situation.

Betty Maloka, senior manager for corporate affairs at OR International Airport, told Daily Maverick that passengers will be “detained until the airline repatriates the traveller back to the country of origin”.

Maloka added that it was the airline, not the airports company or the immigration officer that booked a passenger into the facility for “various reasons allowed in law and which are designed to protect the borders of the country”.

“Once the respective airline is in a position to repatriate the passenger whose entry into the country has been denied, the Department of Home Affairs Immigration Services is notified and the passenger is processed to embark into the aircraft back to the country of origin.”

Tlali Tlali, spokesperson for South African Airways said the responsibility is not on Acsa nor any airline but rather with the immigration authorities.

“It is the responsibility of the immigration department, which forms part of the Department of Home Affairs, to determine the status of any passengers using our ports of entry,” Tlali told Daily Maverick. “Airlines and airports authorities are simply not legally competent to do so.”

Tlali said that once the immigration department had declared any passenger inadmissible in the country, they were placed in the “holding facility” until the airline could accommodate them on the next available flight to their home country.

For Yana that means being sent back to a country, she has not set foot in since she was 15.

Siya Qoza, spokesperson for the Minister of Home Affairs, responded to Daily Maverick’s queries by saying:

“People enter on the basis of their visas and conditions of entry attached to it.

“If you have a passport and a valid visa, you enter the country. You say the people you are talking about have passports and valid visas… If those facts are accurate, those people are unlikely to be held for immigration or home affairs related reasons”.

When Daily Maverick asked for comment on the specific cases, and in particular how the new regulations affected the cases, Qoza did not respond, despite repeated requests.

Nyaniso said he was looking into taking legal action while Serenades and Adams are speaking to their embassies to get representation to aid them. DM

Côte d’Ivoire should learn lessons from past election crises