Jake White’s vision is to build a new Bulls empire 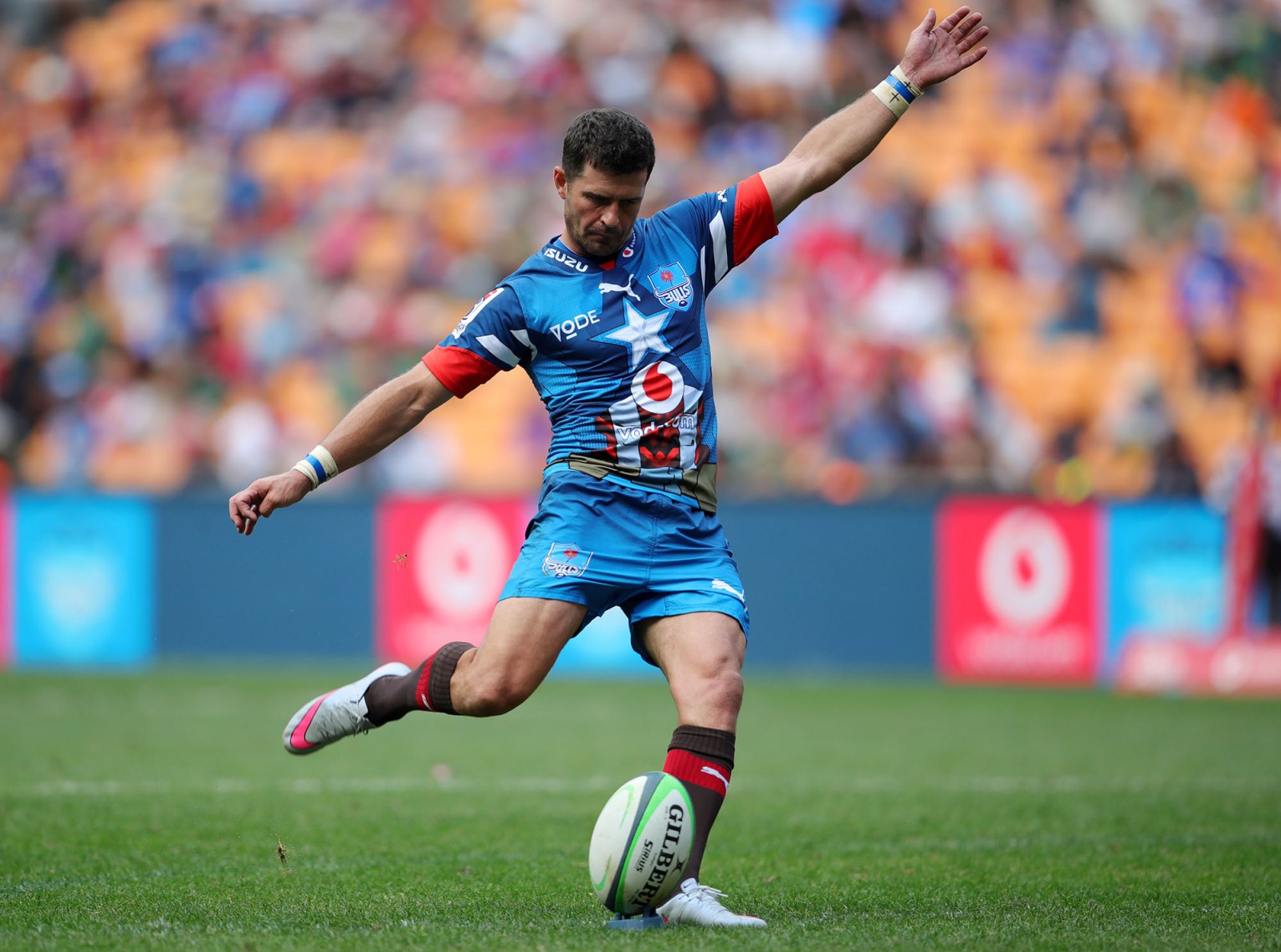 Morne Steyn of the Bulls during the 2020 SuperHero Sunday match between the Lions and the Bulls at FNB Stadium, Johannesburg, on 19 January 2020 (Photo: BackpagePix / Samuel Shivambu)

Newly appointed Bulls director of rugby Jake White has a clear vision of turning the Bulls into the dominant franchise in southern hemisphere rugby. With the backing of wealthy owners White has the means to see his project through. All he needs now is for the coronavirus pandemic to pass so he can start.

In 2013 Jake White’s Brumbies scored an upset 26-23 Super Rugby semi-final win over the Bulls at Loftus Versfeld. No one knew it then, but it was the last time the Bulls were a respected force in the competition. It was the Brumbies that delivered the death knell to a crumbling Bulls empire. Ironically, seven years on, it will be White who has to pick up the pieces of the once great franchise in his new role as Director of Rugby.

The Bulls have finished ninth, ninth, ninth, 15th, 12th and fifth in the six completed seasons since that defeat. And earlier this month, when the 2020 Super Rugby tournament was suspended due to the coronavirus outbreak, the Bulls were languishing in 11th with one win from six matches.

The once great Pretoria-based franchise, which won three Super Rugby titles between 2007-2010 under coaches Heyneke Meyer and Frans Ludeke, has languished as a middling to bottom team for seven years.

White was appointed as Bulls director of rugby earlier this week and will take up the position as soon as relaxing of the national lockdown due to the global pandemic allows.

“It was a little bit of both in terms of who approached whom,” White told Daily Maverick. “The Bulls had feelers out to replace Alan Zondagh as director of rugby and I had just returned to South Africa after three years coaching in Japan. The timing was good.”

The Bulls have also had an injection of funds from billionaire co-owners Patrice Motsepe and Johann Rupert. White and Rupert are close friends and naturally their private conversations turned to the possibility of him coming on board at the Bulls.

“Johann asked me if I would ever consider coming back and doing a job in Pretoria,” White says. “My first reaction was ‘no’. But when I started thinking about it, and analysing what they have at Loftus, it started to make sense.

“Patrice and Johann are 74% shareholders in the Bulls business. That is unique in South Africa and they are good men to have if you want to grow a team.

“I met with the board and we compared notes about where they want to go, and the whole thing suddenly made sense. I think it is a good job to take now.”

Master at turning struggling teams around

White has made a career of turning struggling teams around. His challenge to return the Bulls to the top of the game is about as difficult as anything he has done before.

In the eighties as a reluctant school teacher but an ambitious rugby coach, White was appointed first XV coach of Jeppe Boys High. It was – and still is – a school with proud sporting pedigree. But by the end of the eighties after nearly two decades of weak teams interspersed with the occasional good team, White wanted change.

He brought a near professional set-up to the school and in the five years he was at the helm, they only lost a handful of games, produced 26 Craven Week players and two future Springboks in James Dalton and Brent Moyle. In the 10 years preceding his appointment at Jeppe, the school only produced seven Craven Week players.

And White has repeated the cycle at every level he has coached. The SA under-21 team went from mediocre to World Champions on his watch. The Springboks went from rabble in 2004 when he took over as national coach to Tri-Nations champions in his first year at the helm and ultimately to 2007 World Cup winners.

The Brumbies were 11th when he took them on in 2012. By 2013 they were in the Super Rugby final. And he also took the Sharks into the Super Rugby semi-finals in 2014 after winning the SA Conference title. Three years at French club Montpellier delivered a European Challenge Cup title and consistent French Top 14 semi-finals.

In all likelihood White will also assume the role of Bulls head coach in 2021, in a similar way to how Rassie Erasmus took on the Springbok coaching role while being director of rugby at SA Rugby.

The Bulls offer White a chance to do what he was unable to do with the Brumbies and Sharks – win Super Rugby. That ambition though, is some way off as White sees this role as a long-term plan and not a quick-fix.

The irony of coaching the Bulls isn’t lost on him either. When White was Bok coach between 2004-2007 he had regular run-ins with the Bulls via their star players Victor Matfield and Fourie du Preez and their administrators.

“I never thought I’d be in a role at the Bulls. Let’s be frank the Bulls weren’t my favourite franchise when I coached the Boks and I wasn’t their favourite Bok coach,” White says.

“The Bulls were the union that initiated a vote of no confidence in me in 2006. But time has moved on and there are different people involved. I’m really looking forward to the challenge.”

Like the Brumbies and the Boks, the Bulls are at a low point, which was one of the appeals for White, although he doesn’t want to just be the guy to turn them around and move on. He wants to see this project through to silverware.

“Yes, the Bulls have been struggling a bit in recent years but that is not the only reason I have taken on this job,” White says. “Part of being a coach is aligning yourself with teams where you feel you can make a difference and where the leadership shares a similar outlook.

“There are a lot of aspects of a challenge to see how you can fit into an organisation and vice versa. You look at the player base and the feeder system and you look at the club’s history.

“The Bulls have great tradition and have been one of the strongest rugby clubs in the world. They have won numerous Currie Cups and three Super Rugby titles and produced dozens of Springboks.

“Rugby is in the air Pretoria; it’s everywhere you go. There are 47 rugby fields in Lynwood Road (which runs past Loftus) alone, so you realise what kind of rugby set-up you’re moving into.”

Unlike some coaches in the past who lived in Cape Town or Durban and commuted to jobs on the highveld, White will move to Pretoria and fully immerse himself in the rugby culture, not only of the city, but of the entire region stretching into Limpopo and Mpumalanga.

“It’s very important for me to embrace the community so I will find a house soon,” White said. “I want to visit schools and clubs in the region, spend evenings watching training sessions at rugby clubs. There are great schools but I also want to cast the net wide looking for talent in Polokwane and places like that.

“The Bulls board also realises this project will need time and they have backed that by appointing me until 2023. They want to build something special at Loftus and they understand it won’t be waving a wand and results will come.

“But we also have to win something in a year or two. I have presented the vision of making Loftus the high performance capital of South African rugby. We want to be the best in every department from analysis to conditioning and everything in between. That ambition is shared by everyone.” DM