G20 nations back Ramaphosa's appeal to give Africa econ... 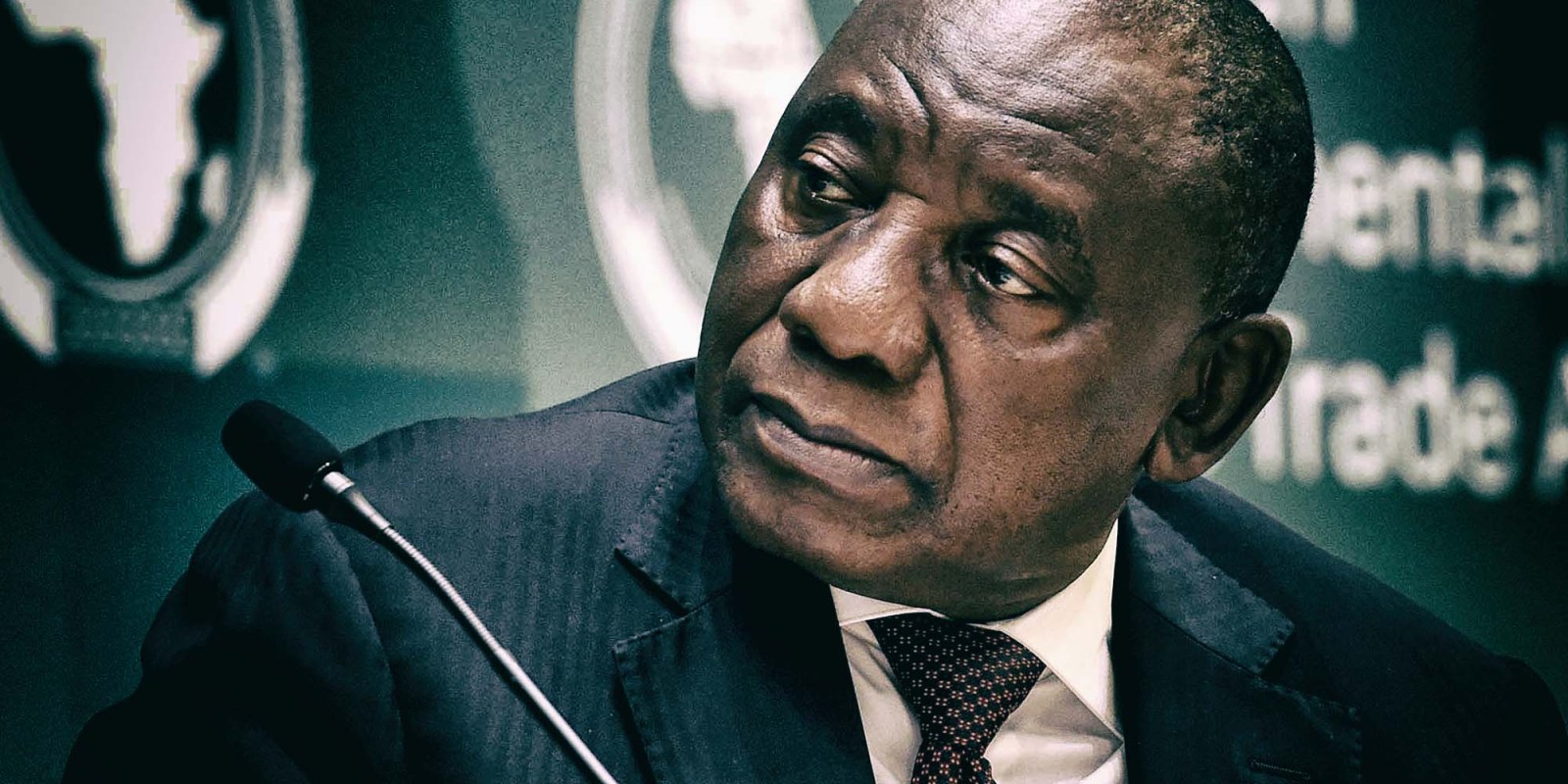 President Ramaphosa made the appeal for the continent at a virtual G20 summit on Thursday.

The G20 has expressed support for Africa’s appeal for economic assistance to help the continent fight the coronavirus pandemic, President Cyril Ramaphosa has said.

But it has made no definite decision and no dollar figure has been mentioned, he told journalists in Pretoria on Thursday 26 March. He had “quite strongly” presented Africa’s case for assistance in a virtual, video summit of G20 leaders, convened by Saudi Arabia’s King Salman, the current G20 president.

Ramaphosa was speaking after a hectic round of meetings and engagements – which was not yet over – on the eve of what he called the “unprecedented” 21-day lockdown of South Africa starting today (Friday) to try to curb the spread of “a disease that is continuing to have a devastating impact. We now have more than 900 people who are infected as the [health] minister told me and we fear that it might rise even much further than that.”

Ramaphosa was given the mandate to appeal for G20 support to Africa, at an earlier video conference on Thursday with other African leaders of the African Union Bureau. The five leaders present also created a Coronavirus Fund to help the neediest African countries fight the pandemic, and immediately capitalised it with an initial $17-million.

“And we as Africa have called upon the countries of the G20, particularly your more developed economies, to support stimulus packages for Africa, to have debt relief from the IMF and World Bank so that countries are able to halt their interest payments so that they are able to focus on fighting the coronavirus.”

Africa was also appealing to other countries not to restrict the import into Africa of badly needed manufactured goods, such as medical supplies.

Although no “hardcore” decision was taken on support measures at the virtual G20 summit, “the sentiment, the views and the position” were supported by a number of countries, Ramaphosa said, specifically mentioning Germany, France, Canada and Russia.

The pandemic “poses an existential threat to the economies of African countries,” Abiy’s office said in a statement, adding that Ethiopia was “working closely with other African countries” in preparing the aid request.

The heavy debt burdens of many African countries leave them ill-equipped to respond to pandemic-related economic shocks, as the cost of servicing debt exceeds many countries’ health budgets, the statement said.

“Just as the virus knows no borders, our responses should also know no borders,” it said.

Ramaphosa said that Abiy was not in the G20 meeting to present his appeal but he, Ramaphosa, had articulated Africa’s appeal for economic support and stimulus. He said he had not mentioned a specific dollar figure “because sometimes you mention a figure and if you don’t hit it, it becomes a failure”.

But a number of G20 countries were very sympathetic to Africa’s situation.

“Bearing in mind that Africa is still at the morning level of this virus. China is already in sunset because they’ve done a lot to overcome it, and Europe is at midday.

“We are still at the beginning stages so therefore we will need a lot of support, particularly because our health systems on the continent are also challenged. And a lot of support for Africa needs to be brought to bear so that we can overcome the coronavirus disease.

“It was a wonderful meeting and I think the decisions that have been taken will in due course be implemented. But the G20 were united in saying we’ve got to fight the disease, save lives and support economies that are under stress. And we put Africa’s case forward quite strongly.”

Ramaphosa also said he had expressed South Africa’s full support for greater global coordination in fighting the pandemic, including sharing research in seeking a vaccination for the virus.

Some commentators had called for the US and China to end their spat about who was responsible for the virus, but Ramaphosa said these divisions had not surfaced in the summit.

“There was no dissent among the countries. There was no dissent even from those countries which may have been blaming each other. I got a sense that we have a united and unified approach and position on this. So I’m confident that from a G20 point of view we are facing a common enemy and we’ve got to work together.

“Our approach as South Africa is that there’s no use fighting about who caused it, where it came from. We have a disease that is spreading throughout the world and if anything we now have to unite, close ranks as countries of the world, and fight this common enemy.

“We’re in a war situation and when you’re at war, it does not pay any benefit to start fighting among yourselves and shooting your own soldiers. We’ve got to unite, confront this enemy.

“And we are supportive of efforts that are going to lead to sharing of information, working together from a research point of view, so we combine resources as much as we possibly can.”

At the earlier meeting of the AU Bureau – which he had convened as current AU chairperson – the continent had agreed on a unified approach to fighting the pandemic. Other leaders in the meeting were the AU’s deputy chairpersons, DRC President Felix Tshisekedi, Kenyan President Uhuru Kenyatta, Malian President Ibrahim Keita and outgoing AU chairperson Egyptian President Abdel Fattah el-Sisi, and AU Commission chairperson Moussa Faki Mahamat.

The meeting heard the numbers of Africans infected by the virus was rising daily, though South Africa still had the highest numbers.

The leaders agreed that Africa should coordinate its fight against the pandemic and so agreed to form task forces of health ministers to tackle the virus in each of Africa’s five regions – south, east, central, west and north.

Ramaphosa said he had also had a very good consultation over breakfast with religious leaders who wanted to offer prayers before the lockdown, “to encourage the government in proceeding with what they believe is a necessary step”. The leaders had given “full thumbs” for the lockdown.

They had also briefed him about the various steps they were taking in their mosques, synagogues, temples and churches against the pandemic, including the national prayer session later that evening to pray for the nation and especially those directly affected by the coronavirus. DM