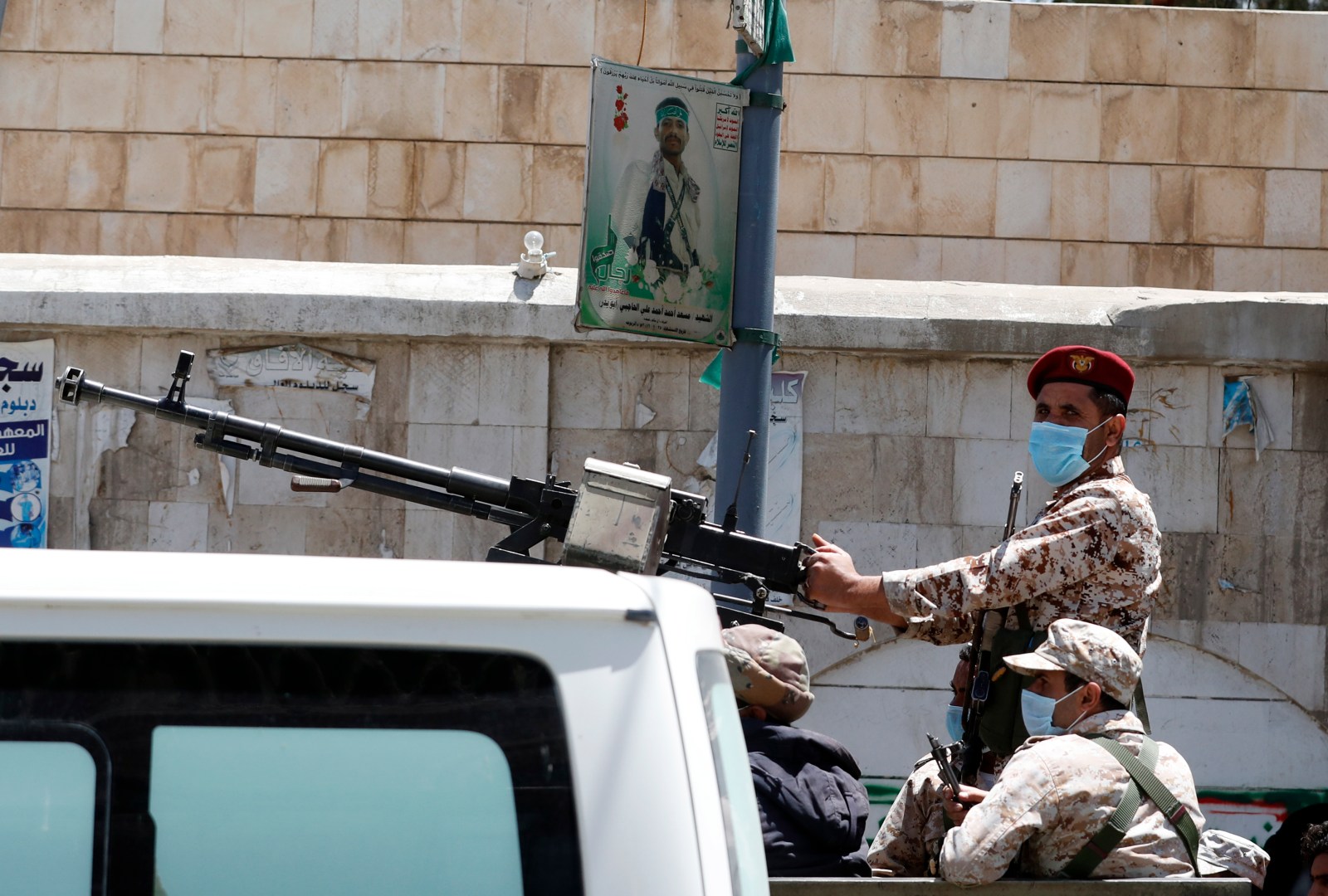 epa08316158 Yemeni soldiers wear face masks during a disinfectant campaign at a neighborhood as a precaution against the spread of the coronavirus Covid-19, in Sanaa, Yemen, 23 March 2020. Countries around the world are taking increased measures to stem the widespread of the SARS-CoV-2 Coronavirus causing the Covid-19 disease. EPA-EFE/YAHYA ARHAB

ADEN, March 26 (Reuters) - Yemen's warring parties welcomed a United Nations call for an immediate truce on Thursday as the country entered its sixth year of a conflict that has unleashed a humanitarian crisis, rendering it more vulnerable to any coronavirus outbreak.

A Saudi-led military coalition said late on Wednesday that it backed the Yemeni government’s acceptance of the U.N. appeal. Their foe, the Iran-aligned Houthi movement, welcomed that stance but said it wants to see implementation on the ground.

The new coronavirus has yet to be documented in the impoverished Arabian peninsula nation where conflict violence has killed more than 100,000 and left millions on the brink of starvation.

The Sunni Muslim coalition, which intervened in Yemen in March 2015, supports efforts for a ceasefire, de-escalation, confidence-building measures and work to prevent a coronavirus outbreak, spokesman Colonel Turki al-Malki said in a statement.

“The coalition’s announcement … is welcome. We are waiting for it to be applied practically,” a senior Houthi official, Mohammed Ali al-Houthi, tweeted late on Wednesday.

Yemen had witnessed a lull in military action after Saudi Arabia and the Houthis launched back-channel talks late last year. But there has been a recent spike in violence that threatens fragile peace deals in vital port cities.

Millions are dependent on humanitarian aid in Yemen, which has been mired in conflict since the Houthis ousted the government from power in the capital, Sanaa, in late 2014. The group still controls most major urban centres despite years of war.

The head of the Houthi political office said on Wednesday the movement was open to de-escalation efforts, including prisoner releases.

Mahdi al-Mashat, in comments carried by al-Masirah TV, then ordered the release of all Baha’i faith members imprisoned by the Houthis, including Hamed bin Haydara whose death sentence was upheld earlier this week by a Sanaa court.

The Baha’i International Community welcomed the decision, which it said in a statement applied to six people “wrongfully imprisoned” for religious beliefs.

It said the order should lead to the lifting of charges made in 2018 against around 20 members of the faith, which regards its 19th-century founder as a prophet. Muslim countries, including Iran where the sect originated, consider it an heretical offshoot of Islam. (Reporting by Mohammed Ghobari, Nayera Abdullah and Lisa Barrington; Writing by Ghaida Ghantous)