Most mining stops, but Old King Coal rolls on 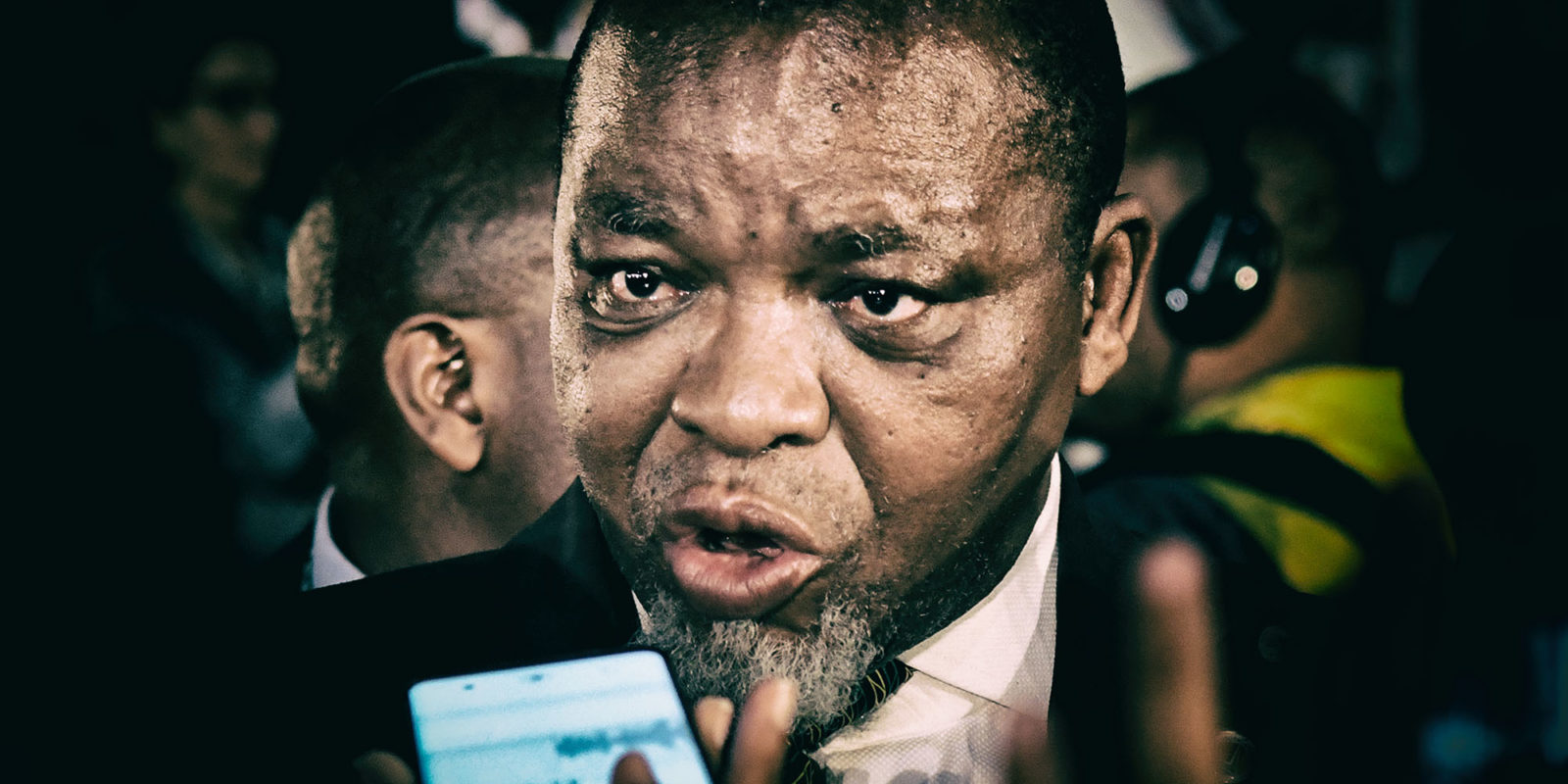 Covid-19 has not rendered coal a fossil of the past, thanks to Eskom’s heavy reliance on it. Some mining and processing linked to coal will continue to support ‘limited economic activity’.

“The supply of fuel to essential services, as well as the supply of coal to Eskom… are critical during this period,” he said, adding that a complete shutdown of some mines and processing plants would “not be feasible”.

National Union of Mineworkers (NUM) spokesman Livhuwani Mammburu‏ told Business Maverick the union had been informed that only coal mines supplying Eskom will continue to operate.

Mines that produce for export would abide by the lockdown and go on “care and maintenance”, which is industry lingo for keeping basic things humming, such as water pumping, so the operation can be quickly rebooted when the lockdown is over.

Eskom has said its coal-fired plants have, on average, 50 days’ worth of coal stock.

Mantashe said “limited economic activity” would be supported during the lockdown, which begins just before midnight on Thursday, adding: “I want to underline the adjective limited.”

Services related to the import of oil and gas, including terminal distribution, will continue on a scaled-down basis as demand is expected to fall sharply because of the lockdown.

Mining activity, in general, will be significantly scaled down, “particularly in deep-level mining which is labour intensive”, the minister said.

This means that nearly all gold and platinum group metals (PGM) shafts will be going the care and maintenance route. Mines supplying export markets can apply for exemptions, which will be examined “on merit”.

Processing of some PGM surface material will be allowed to continue, with a focus on medical products. Platinum-based drugs are used to treat a range of cancers, for example. Other medical emergencies have not vanished.

Some smelters and processing plants will be allowed to maintain operations at reduced capacity.

“There are those smelters and plants that, if you switch them off, it is hugely costly to restart or technically dangerous to do so. Those will be supported with reduced production to keep them going,” Manatshe said.

Basically, a sector that accounts for about 8% of South Africa’s GDP is mostly shutting down.

What is not clear at this point is which companies will pay their idled staff and which ones will not. That is one of many points of friction that could spark between capital and labour.

“It is very unlikely that we will have load shedding,” Mantashe stated, citing reduced power demand as the reason.

In response to a question at the briefing, Mantashe said the government did not want the largely migrant mine labour force to return to their rural communities in places such as Eastern Cape and Lesotho.

“One of the intentions of a lockdown is to reduce and minimise movement. So, it would be inadvisable to allow buses and buses of mineworkers to go to the villages and come back.” BM

As China’s Evergrande implodes, what have we learnt from the Lehman Brothers crisis?