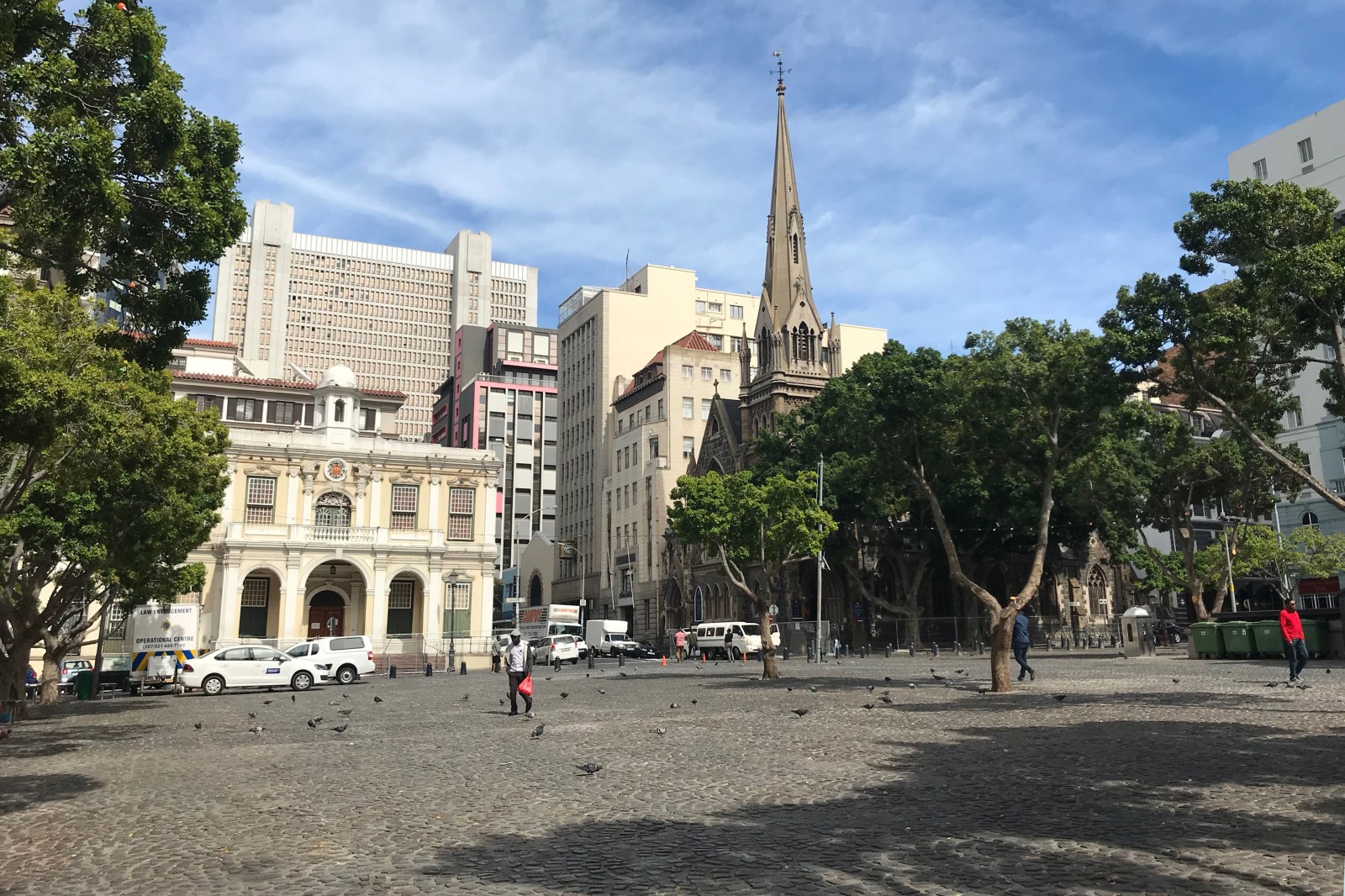 Many traders have no savings and without any income they don’t know how they will make it through the next 21 days.

At midnight on Thursday, South Africa will go into lockdown for 21 days in an attempt to curb the spread of the Covid-19. Only “essential” businesses such as supermarkets, pharmacies, hospitals, banks and petrol stations will be operating, leaving informal traders and domestic workers unsure of how they will survive the next three weeks.

Minister for Small Business Development Khumbudzo Ntshavheni said that “a national debt relief facility” will be made available for small medium and micro enterprises (SMMEs). There are also special provisions in the Unemployment Insurance Fund for traditional businesses. But when it comes to the informal economy, things are unclear.

On Monday, President Cyril Ramaphosa said that “a safety net is being developed to support persons in the informal sector, where most businesses will suffer as a result of this shutdown”. He said more details will follow.

“We are survivors since we started our business,” said Ilhaam Benjamin, an independent flower seller at the famous Trafalgar Place flower market in Adderley Street.

She said for the past three weeks business has sharply declined, starting with business from churches and for weddings. “That is where the struggle began … We are people that survive from the hand to the mouth on a weekly basis.”

Benjamin said that she doesn’t have savings to fall back on. “Whatever we earn, we immediately have to spend to feed our children.”

In a good week, Benjamin said, she makes between R1,000 and R1,500. With that, she has to pay her employees and feed her children.

During the lockdown, she will stay home with eight children and her husband. “We are a lot of people, but we’ll pray and hope that God will be on our side,” she said. Even though it will be financially difficult, she said that she is more than happy to participate in the lockdown if it stops the disease.

“It’s a hard thing, but we don’t have a choice,” said Peter Kariuki, who runs a small jewellery and hat store under a gazebo.

Kariuki is concerned about the 21-day lockdown. He doesn’t have any savings, he said. He is originally from Kenya, and the stall has been his main source of income for ten years. He said business was already dropping off before the pandemic. “We have not been in a position to save,” he said.

Kariuki said that he will only have enough food for the first week. After that, “I don’t know what to do,” he said.

“I don’t know how to feel,” said Omar Ebrahim, who runs a small street shop that sells cool drinks, chips, sweets and cigarettes. “It’s going to be tough.”

Originally from Somalia, Ebrahim has been trading for eight years.

He is unsure how he’ll pay the rent. On his current income he is unable to buy enough food to last 21 days. “I’ll try my best,” he said.

Calls have been made to continue paying domestic workers and gardeners during the lockdown, but there is no legislation in place.

Somizi Mhlongo, a South African presenter and Idols SA judge with 2.9 million Instagram followers, has called on citizens to support street vendors before the lockdown. “Buy what you can, what you need, but also what you can get at any other supermarket. The supermarkets are going to survive, they (the street vendors) won’t survive the 21 days,” said Mhlongo in a video. DM