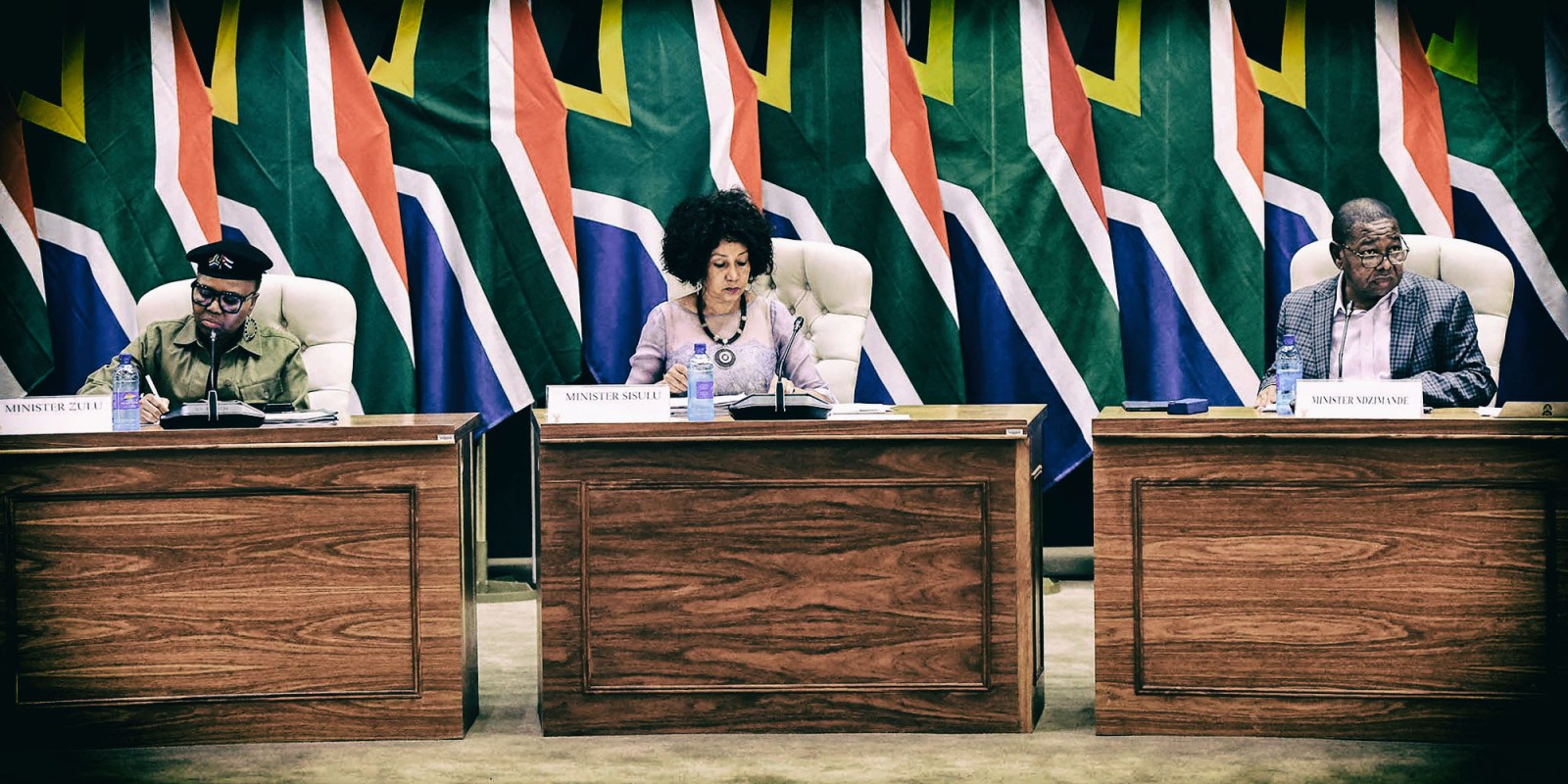 At the second of two ministerial press briefings on Tuesday, ministers from the social development, housing and higher education departments gave a little more detail on how South Africa’s national lockdown, commencing at midnight on Thursday, will work.

What structures will remain in place during the lockdown to protect South Africa’s vulnerable?

“The one thing we cannot afford is to leave our people without the necessary support,” Social Development Minister Lindiwe Zulu said on Tuesday afternoon.

Orphanages, old age homes and shelters will all remain operational and will continue to be serviced, but no visits can be allowed.

A total of 235 food banks will be responsible for feeding those in need countrywide, with food to be delivered to the relevant homes – a measure which Zulu noted will be logistically difficult, but which is necessary to prevent potential viral transmission from people queuing for food.

Will social grants be delivered as normal?

In order to ease a rush on the system, Zulu said that old persons and people with disabilities will be allowed to access their monthly social grants a few days early, on 30 and 31 March.

All other grants will be available as normal from 1 April.

Possibly optimistically, Zulu pleaded with the public not to “rush to get their money as soon as it is available”, in order to reduce queues. She said that at collection points access will be limited.

The South African State Security Agency (Sassa) offices will be closed during the lockdown and not processing new grants applications. Zulu said that issues should be dealt with telephonically as much as possible.

What support will be available for women and children, as domestic violence rates are likely to increase during the lockdown?

Zulu stressed that the government was aware of this possibility.

“We cannot afford to find out after [lockdown] that women and children did not have anywhere to go,” she said.

“The deployment of social services and social workers is going to be very difficult, but it’s a must.”

The government has accordingly launched services which can be contacted by those who are victims of gender-based violence during lockdown.

What measures are being taken to improve access to sanitation in urban areas?

Minister of Human Settlements, Water and Sanitation Lindiwe Sisulu said that hand-washing facilities will be provided in towns in public areas around transport hubs like taxi ranks and bus stations.

Informal settlements, which have notoriously poor access to sanitation, represent a real problem. Sisulu said that 29 “areas of priority” have been identified nationwide which the department is urgently trying to “de-densify” and provide with necessary sanitation.

She added that her ministry is in consultation with the Department of Land and Public Works to identify potential land plots where residents of these dense areas could be moved.

What measures are being taken to improve access to water in rural areas?

Sisulu reiterated the announcement made by President Cyril Ramaphosa on Monday night: that emergency water supplies will be brought into rural areas via water tankers, JoJo tanks and communal standpoints. She also said that the elderly will be provided with buckets in rural areas.

What should I do if my area has no water?

Sisulu noted that it is unfortunate that the current imperative to wash one’s hands thoroughly and often has coincided with countrywide water shortages.

“To all South Africans, please remember that we are a water-scarce country,” Sisulu said.

What is happening to students at higher education institutions during lockdown?

Higher Education Minister Blade Nzimande noted that at this point it is uncertain when tertiary institutions will reopen.

He said that students who are unable to return home at this time are being accommodated.

NSFAS grants will not be suspended and students will continue to receive financial aid even though their institutes of learning are closed.

What role are South Africa’s scientists playing during this pandemic?

Nzimande said that scientists at the University of Cape Town and other institutions had joined the global search for a coronavirus vaccine, but warned that such vaccines typically take between 12 and 18 months before they can be brought to market.

He also stated that it is urgent South Africa begins to manufacture reagents which are a critical component of the coronavirus testing kits. A shortage of reagents internationally has led to a delay in testing locally.

All Cabinet ministers reiterated the message to South Africans that there is currently no vaccine against the coronavirus.

On Wednesday morning, ministers from the security cluster will step up to explain the specifics around people’s movements during lockdown – including the frequently asked question of whether people will be able to exercise or walk dogs outside. DM