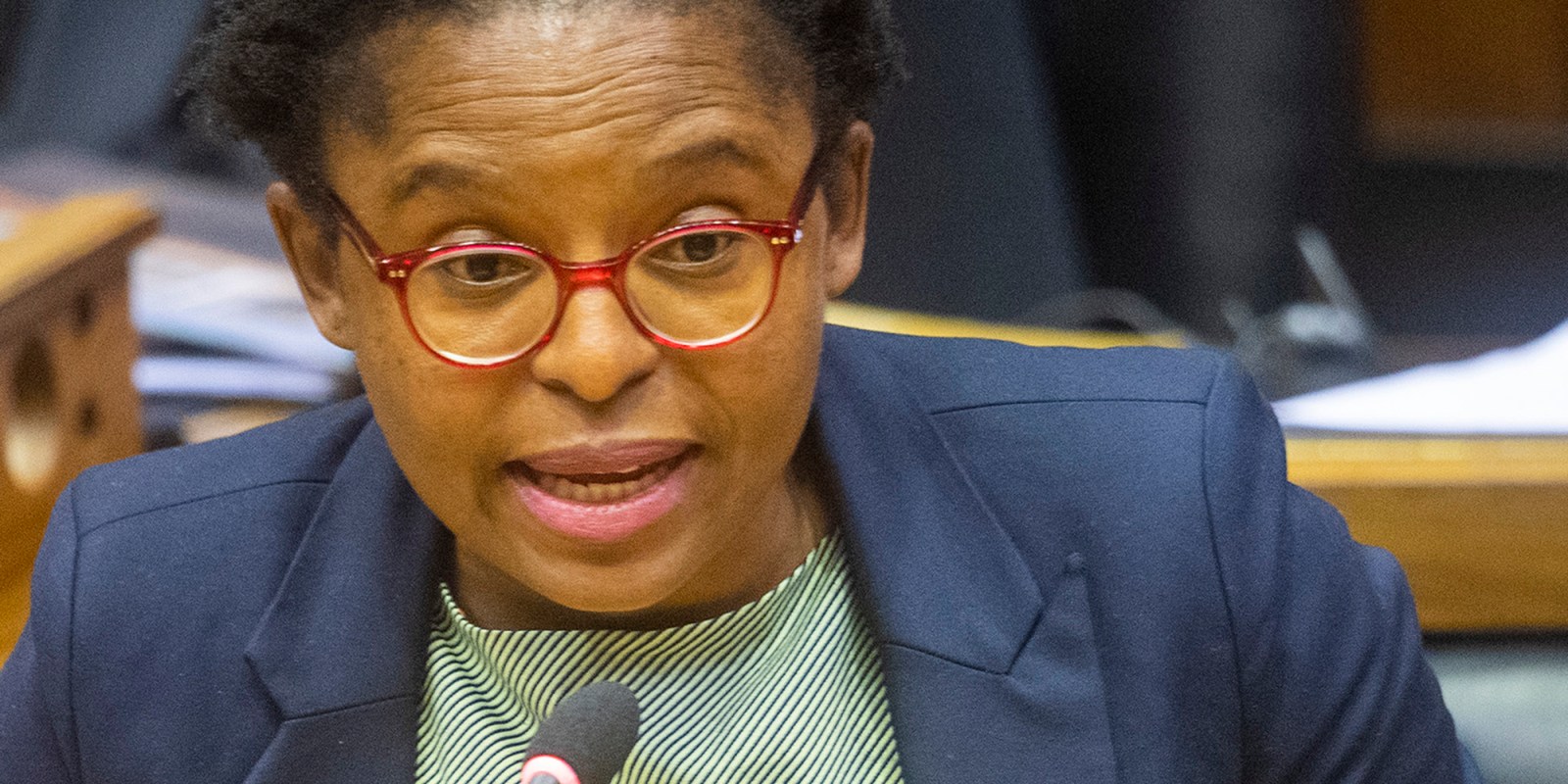 Claims circulated on Tuesday that the relief measures proposed by the government would only help small businesses that are at least 51% black-owned and exclude those without a favourable transformation profile. Turns out that this wasn’t true. But priority will be given to local, tax compliant businesses.

A day after President Cyril Ramaphosa announced a nationwide shutdown and relief measures to support small businesses during the coronavirus or Covid-19 crisis, the Department of Small Business Development’s website crashed for many hours.

Without a functioning website belonging to the custodian of small businesses in SA and the limited flow of credible information, a misinformation campaign can easily find fertile ground on social media. And it did on Tuesday.

The department was criticised on Twitter for allegedly imposing racial ownership requirements on small businesses that want financial assistance from the government to cushion the blow of the impending national shutdown that Ramaphosa declared on Monday 23 March. Ramaphosa announced the three-week shutdown, which kicks in from midnight 26 March, to contain SA’s Covid-19 outbreak. Infections have passed the 500 mark.

Various misinformation peddlers claimed the relief measures proposed by the government would only help small businesses that are at least 51% black-owned and exclude those without a favourable transformation profile. Turns out that this isn’t true.

Small business development minister Khumbudzo Ntshavheni said at an inter-ministerial briefing in Pretoria on Tuesday that the purported racial requirement was “fake news”.

Government is following in the footsteps of the US, which is mulling a $1-trillion stimulus package to deliver critical aid to US businesses and the American public as the long-term economic impact of Covid-19 is yet to be audited.

As the government shuts down various sectors of the economy to contain the spread of Covid-19 in South Africa, small businesses, which usually employ a handful of people, will be hit the hardest because they usually don’t have capital buffers to withstand shuttered operations.

“We are supporting all small and medium enterprises across SA and there are no race requirements for funding,” Ntshavheni said at a briefing that gave more details on relief measures that the government plans to offer to business owners.

“They can put their applications (for assistance from the government) through, but they will only be considered once they comply with SARS.”

Underpinning the relief measures are two government-operated funds that will assist small businesses in distress. The funds will rely heavily on pledges from the private sector and state-owned development finance institutions like the Industrial Development Corporation (IDC). The R1-billion that was pledged by each of two of the country’s richest families, the Oppenheimers and Ruperts, will provide seed capital for the funds, which are called the Business Growth or Resilience Facility and Small Medium and Micro Enterprises Relief Finance Scheme.

Funding from the two funds will be available to small businesses from 1 April 2020.

The IDC, which disbursed R11.8-billion in funding during its 2019 financial year to entrepreneurs and projects tied to SA’s developmental agenda, has allocated R3-billion to support its existing small business clients. Some of R3-billion that has been set aside by the IDC is expected to support the two funds. The government will also crowd in its own financial resources to build muscle on the funds – as R200-million from the small business department has been set aside for small companies in the tourism sector.

Ntshavheni said the money set aside for the two funds is not a blank cheque for small businesses, which will receive funding based on their working capital requirements to cover direct operating costs and on individuals needs of businesses. Qualifying small businesses will be awarded funding at favourable interest rate terms of prime minus 5% — less than 4%. Commercial banks usually extend loans to small businesses at interest rates of more than 10%.

Ntshavheni said small businesses that cheat the system and receive funding even though they are not distressed, will have to pay back the money with accrued interest of prime plus 10%, effectively more than 18%.

The department is also planning to give distressed small businesses already funded by the Small Enterprise Finance Agency, a state-owned entity and subsidiary of the IDC, a six-month payment holiday on loans and associated interest accrued.

“Beyond the six months, a re-evaluation will be done for repayment schedules… but small businesses will have to provide proof of the negative impact of Covid-19 on their operations.” BM