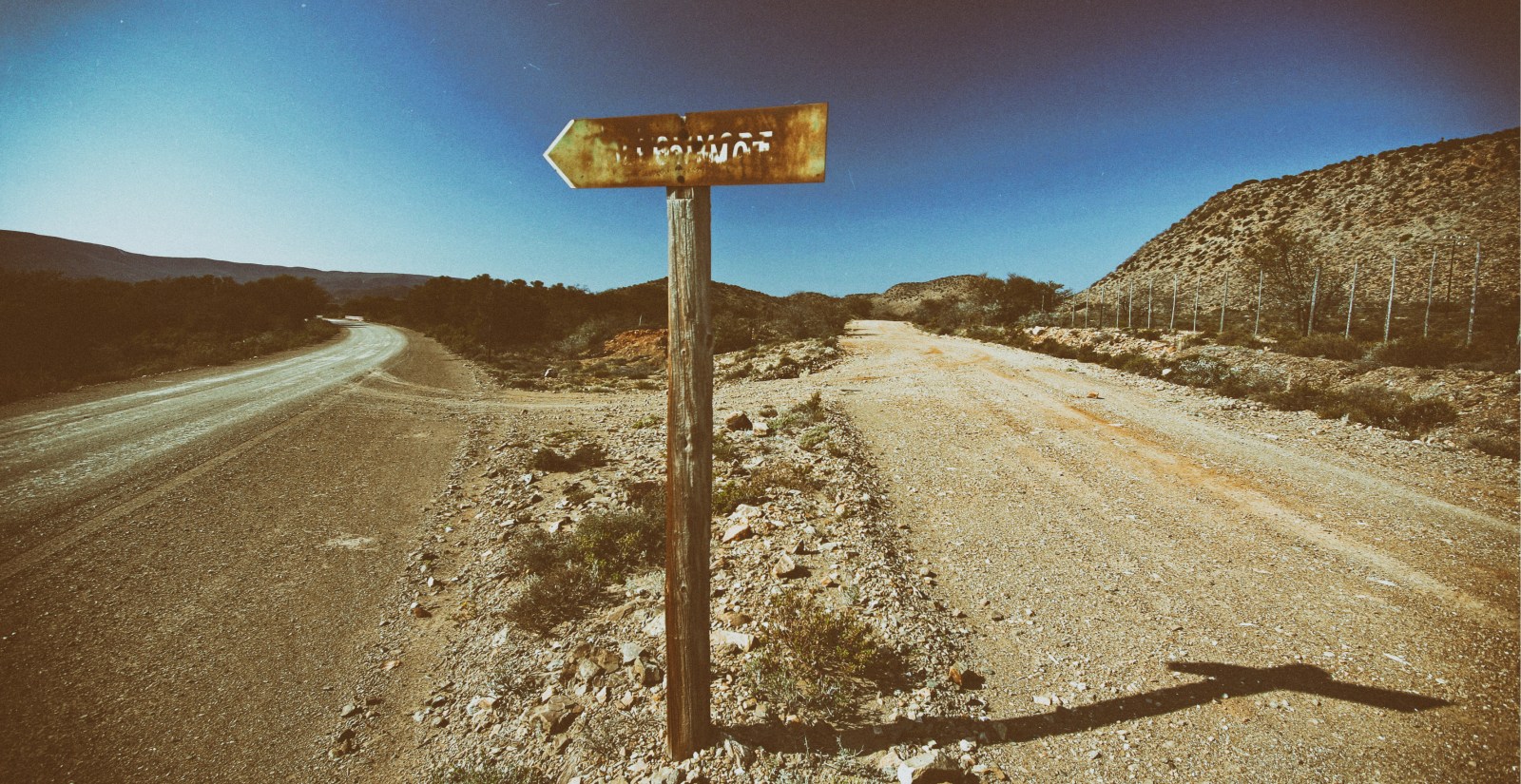 A road sign showing in the direction of Willowmore. The sign is about 30 km west of townFeature text available. (Photo by Gallo Images/GO!/Carlie Norval)

President Cyril Ramaphosa’s announcement that South Africa is to enter lockdown at midnight on Thursday has seen South Africans making plans to flee the cities – either to join relatives in rural areas, or to hide out in holiday cottages. But authorities are warning that such actions are likely to spread the virus and could overwhelm rural health systems.

President Cyril Ramaphosa had barely made the announcement of South Africa’s national lockdown, commencing at midnight on Thursday 26 March, when many citizens took to social media to announce their intention to get out of cities as fast as possible.

Motivations for speedily quitting urban areas vary. For those who are well off, the prospect of being confined to a home in the city seems much less appealing than cruising out the lockdown in a holiday home or rental property in a scenic area or along the coast.

For those who have family in rural areas, the sense of a national emergency amounts to a strong motivation to make sure relatives are together.

But authorities are pleading with people to stay where they are.

Limpopo Health MEC Phophi Ramathuba on Monday asked those working in Gauteng and the Western Cape who have relatives in Limpopo not to return home.

“We are appealing to you to protect our parents by staying where you are now and reduce the number of movements – [an] interprovincial visit is not advisable at the moment,” said Ramathuba.

Ramathuba pointed out that the three recorded cases in Limpopo thus far stem from a family of three, ordinarily resident in the Western Cape, who “decided to subject themselves to self-quarantine in a private farm lodge in Lephalale”.

The main reason why travelling out of the cities at this time is discouraged is because the point of the lockdown, according to government communications on the matter, is to “fundamentally disrupt the chain of transmission”.

It is highly likely that some of those who intend to leave the cities are already infected with the virus and unaware. By travelling to rural areas, they will be assisting the wider spread of Covid-19 to places which are far less equipped to handle it.

Those who intend to travel by public transport such as buses, taxis or domestic flights are also exposing themselves and others to risk in the process of travelling.

According to a recent report in New Frame, residents of rural villages are already anxious about their ability to adequately protect themselves against the coronavirus in a situation where access to water is scarce.

During his Monday address to the nation, President Ramaphosa promised that emergency water supplies would be provided to rural areas by means of JoJo tanks, water tankers, boreholes and communal standpipes.

It has also been reported that information about the coronavirus and how to protect yourself from it is still negligible in rural areas.

A 2019 study by the Rural Health Advocacy Project found that there remains a vast discrepancy between rural and urban health services in South Africa, with far too few doctors, long queues for medical attention and a lack of basic resources in rural hospitals.

If these rural areas are suddenly overrun by potentially coronavirus-positive people from the cities, it could spell disaster.

It will not just be health systems that are put under strain, but also food stores in areas where replenishing supplies is not as straightforward as in the city.

This dynamic has been replicated all over the world, with governments issuing increasingly stern directives to citizens to stay in cities.

In Britain, the Scottish Highlands saw people with second homes and campervans flocking there last weekend in search of isolation. The Scottish government issued a statement condemning this “irresponsible” behaviour.

Greek authorities have similarly seen an exodus of citizens from Athens in recent days heading for islands and rural areas, resulting in a forced closure of ferries. The Greek government described this conduct as “anti-social”, pointing out that many rural residents are elderly and are placed at risk by this kind of domestic movement. DM