The forgotten hunger ravaging the south of Angola 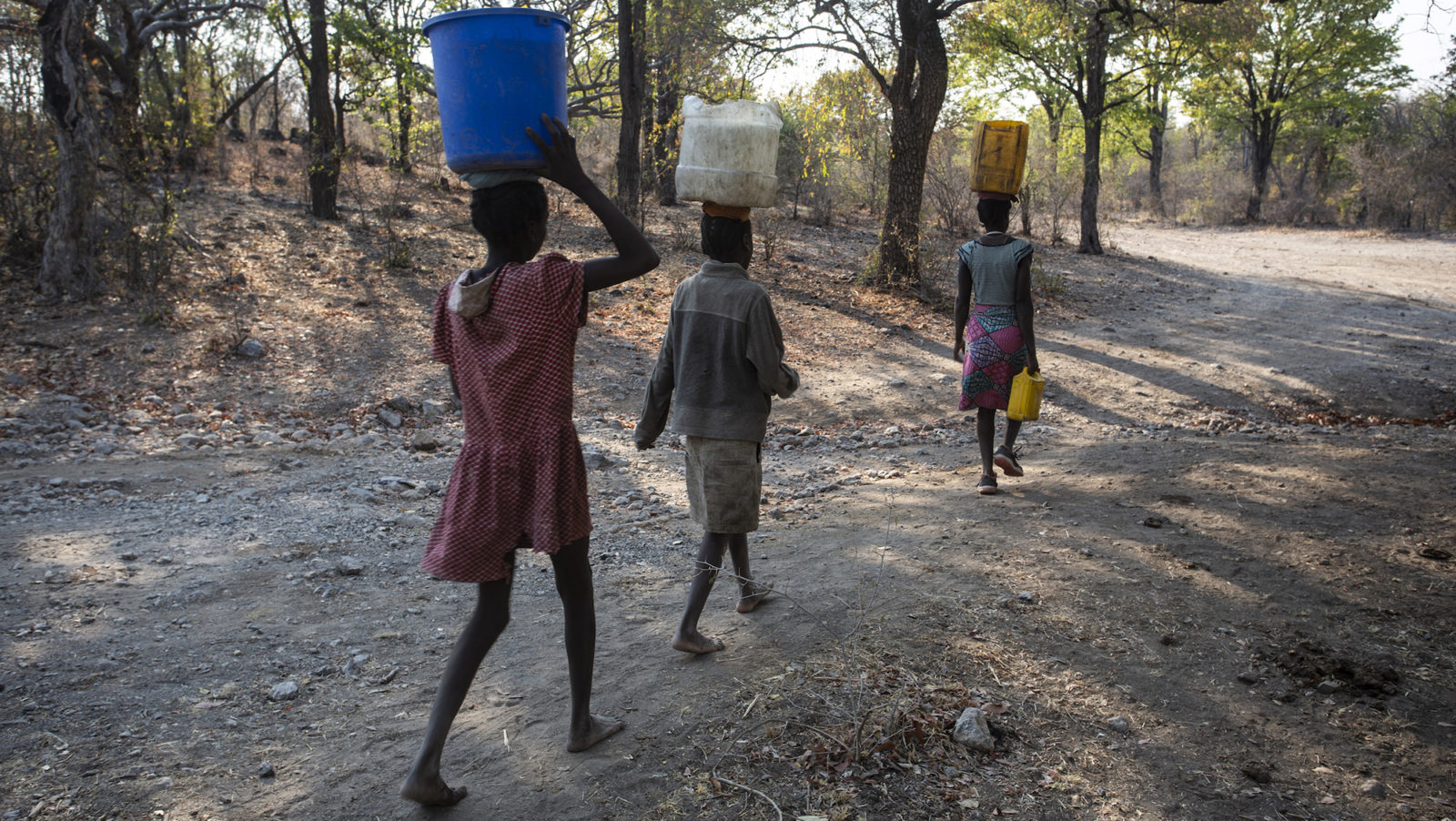 Children on their way to fetch water in a well in southern Angola. (Photo: @Amnesty International / Pedro A Neto)

Poverty, inequality and unemployment continue to increase in the Gambos municipality in Huila province.

Kamphanda is a remote village located in the Gambos municipality, Huila province in the south of Angola. Prolonged and repeated periods of drought have been disrupting the already fragile traditional pastoralists’ livelihoods in that region.

During our visit to this drought-stricken area in October 2019, and our conversations with community members, we saw hungry people and cattle. On 14 August 2019, the United Nation’s International Children’s Emergency Fund (Unicef) in its report “Digging to survive – How people are facing drought in Angola” estimated that 2.3 million people have been affected by the drought and that they face the consequences of food insecurity and malnutrition crisis in Huíla, Cunene, Bié and Namibe provinces in the south of the country. Half a million of these people are children under the age of five.

In Huila province, only 35.5% of the families have access to clean drinking water, according to the 2014 provincial census. The situation is likely to be worse in the rural areas, where over 67% of the population lives. The drought, and the chronic lack of water in communities, has made people’s lives harder and unable to cope with hunger. During our visit, we saw for ourselves how families are struggling daily with water and food, and how the drought continues to ravage the region with dire consequences for women, children and livestock.

Many communal water points and lakes have dried out. One lake, which was completely dry when we visited, was once a source of drinking water for livestock and the people who live in the area.

Currently, to find groundwater, the traditional pastoralists have to dig wells at the bottom of the dry riverbed. These wells are called cacimbas. It is from those wells that the pastoralists give water to their cattle and take some for their domestic consumption.

The pastoralists always protect the hole with branches of trees, so that children and animals do not contaminate the water or fall there.

Scarcity of water has meant that school-going girls are now helping their mothers to fetch water. During our visit, we frequently saw children, and most of them were young girls, on their way to the wells, carrying their little siblings on their backs. They’ve missed school due to the water crisis.

The rain has discreetly started to fall again since January in the Gambos. However, locals tell us that it hasn’t been enough to see them through their harvests and to drink by their livestock. According to local civil society representatives, hunger and malnutrition continue to take people’s lives nearly every week.

Another problem for people’s livelihood in the Gambos is the diversion of rural communal land to commercial ranches, as exposed by Amnesty International in its 2019, report on Angola titled “The end of cattle’s paradise: How diversion of land for ranches eroded food security in the Gambos.”

What used to be communal land, where traditional pastoralist communities grazed their cattle for centuries has now fallen into the hands of large-scale commercial farm landowners. The vast majority of fertile land is fenced off, and now there is little grazing land left for the cattle. Due to the current drought and fencing off of large tracts of fertile grazing land for commercial purposes, the pastoralists in the municipality must drive their weak cattle between 50-90km into Bicuar Park, a journey that takes between four to six days. The result is that the cattle remain far from the residential area for a longer period, and they are not able to provide milk for domestic consumption for several days.

The diversion of common grazing land by authorities for commercial livestock farming began around 20 years ago. Today, it accounts for 67% of the total area of the Gambos municipality. Without access to these fertile pastures, the cattle from traditional communities produce less milk and cease to be a source of food and income for the people who depend on them.

The inequality we witnessed in Kamphanda mirrors the situation in the entire country, a rich country with millions living in poverty, while a few enjoy the economic benefits of the country. Only a small group of people enjoy Angola’s plentiful resources, as revealed in the “Luanda Leaks” scandal, brought to light recently by the International Consortium of Investigative Journalists (ICIJ).

This is not an issue of the past governments. Poverty, inequality and unemployment continue to increase in the Gambos.

Southern Angola is vulnerable to climate and human-induced crises that are already deeply interconnected. The government must respond and urgently address the ongoing malnutrition and water crises. The affected communities need humanitarian assistance, including on adaptation and mitigation strategies for climate-related drought. Beyond the government, the international community must step in inline with their obligation to provide international cooperation and assistance and provide relief for the people who are in dire need. MC

Pedro A Neto is executive director of Amnesty International Portugal.