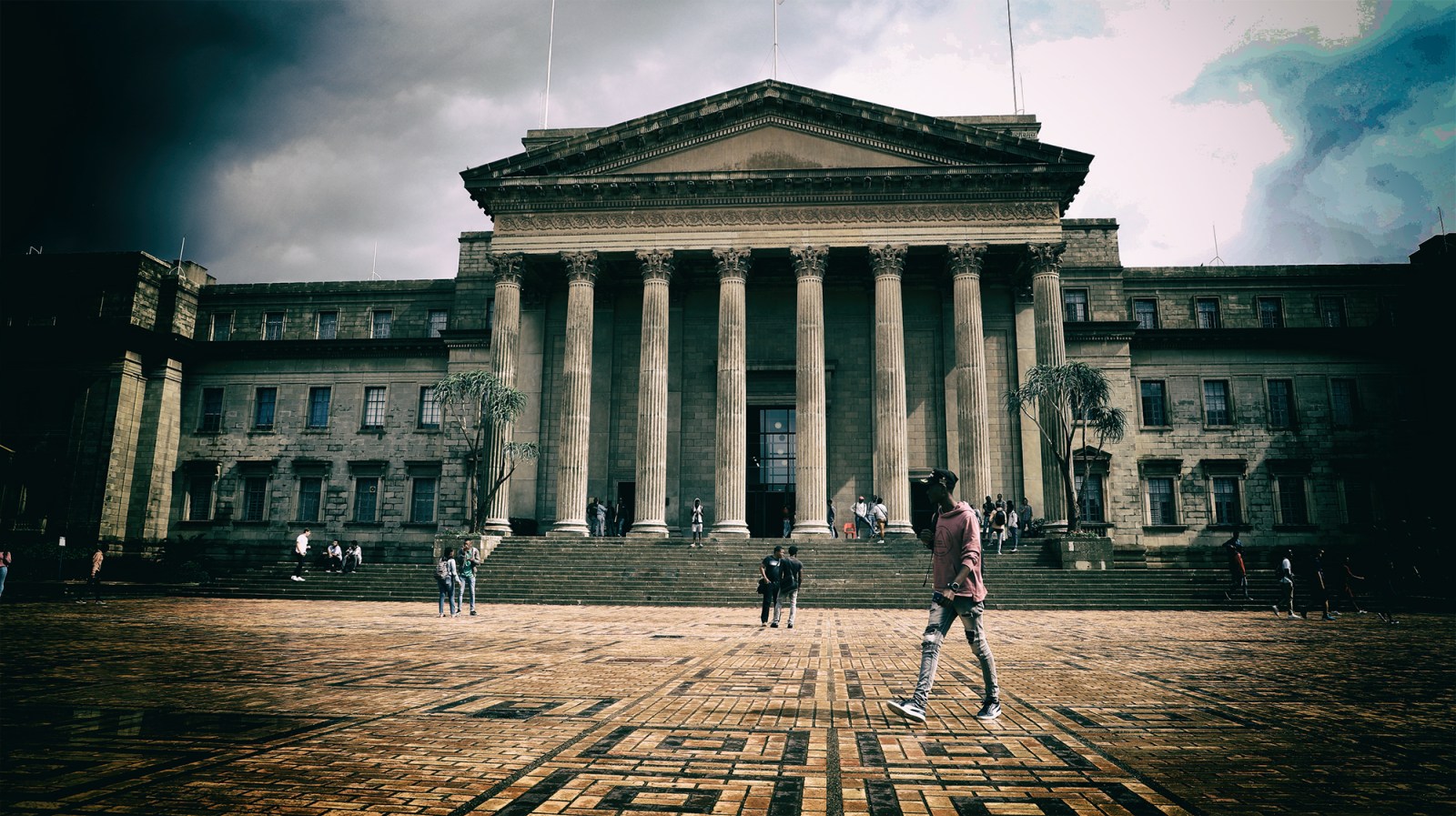 The Great Hall at University of the Witwatersrand, February 07, 2019 (Photo by Gallo Images / Sowetan / Sandile Ndlovu)

Two students at the University of the Witwatersrand have lost their urgent bid to stop Wits from evacuating dormitories. The pair, both law students at the institution, wanted the court to order that all students should be tested for Covid-19 before they were sent home. The university closed early for the Easter break and ordered the evacuation of the dormitories after a student at the medical school had tested positive for the virus.

The University of the Witwatersrand has described the failed court bid by two law students to keep the campus dormitories open as “inspired by political machinations” that could potentially have undermined their response to the pandemic.

The statement said the university was disappointed that the court had not ordered the two students to pay the legal costs.

The university closed early on Monday after a student in the medical school was diagnosed with Covid-19. According to papers before court, the student had spent time with a person who had recently travelled to Italy and had also tested positive for the virus.

Students were expected to leave all the campus dormitories by Thursday 19 March.

The students asked the court to order the university to refrain from evacuating students without proof that they had been tested for Covid-19 and that it was safe for them to go home. They also wanted the evacuation notice to be extended until a mechanism was found to limit the rapid spread of the virus.

Moela said in his affidavit that there were “potentially 40,000 students” who could have had contact with the infected student.

He argued in papers before the court that it was reckless to let the students loose on broader society” as they could spread the virus if they were infected.

Wits’ Dean of Students Jerome September opposed the application on behalf of the university. He said that the advice they received from experts was that social distancing was the best strategy they had to fight the spread of the virus. He added that as organised labour also had informed the university that they would refuse to work in the dormitories because of the Covid-19 risk, it was not possible to keep the buildings open.

Moela did not respond to requests for comment, but in a public post on his Facebook page, he wrote to the university vice-chancellor Adam Habib, saying that the university’s comments in its statement that the applicants were self-indulgent and reckless were defamatory.

“In light of the above, we invite you to withdraw the above-quoted defamatory remarks with immediate effect. Furthermore, you are invited to proffer an apology in the same manner,” they wrote.  DM