Quarantined on a cruise ship… 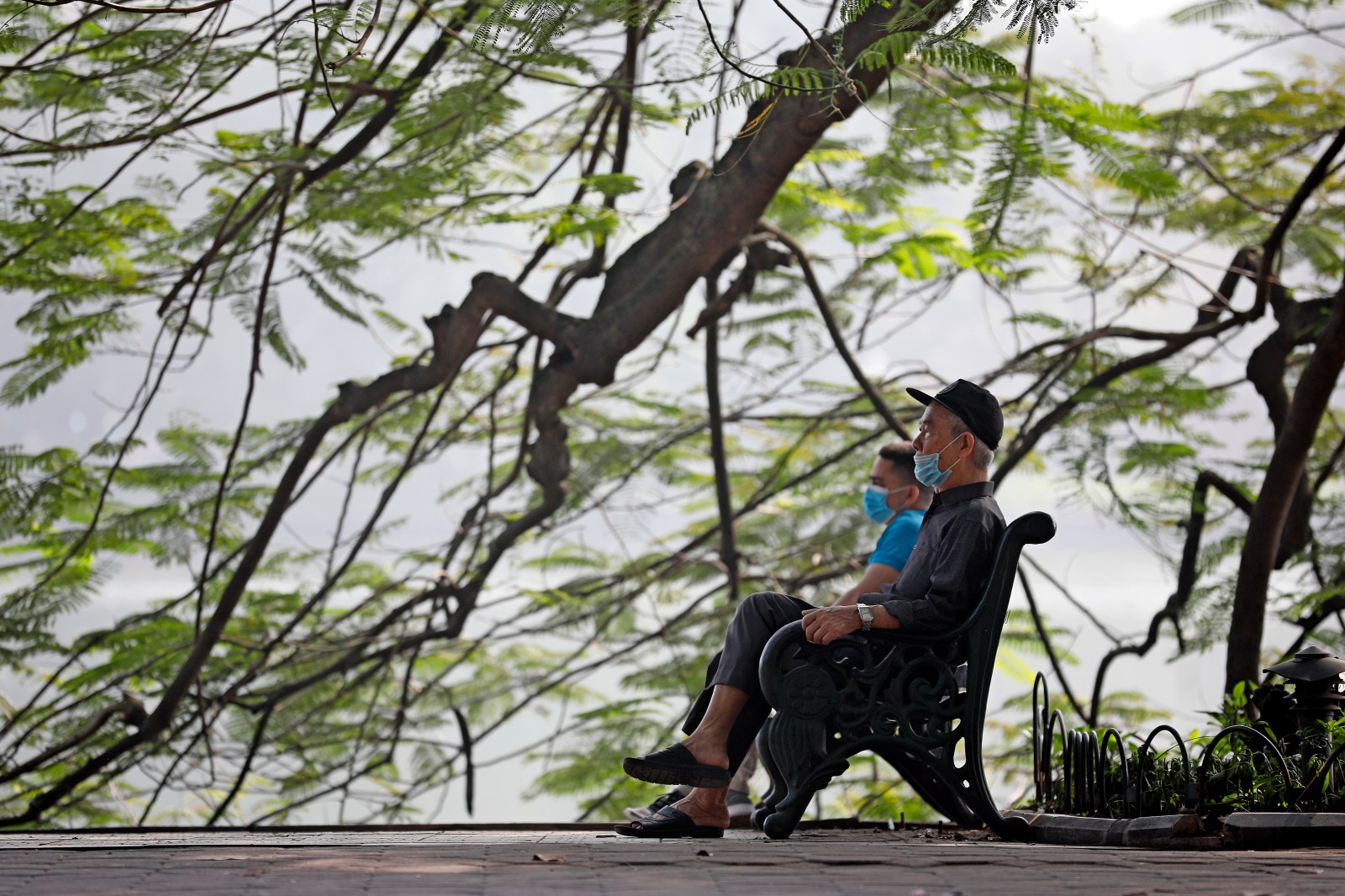 A port worker wearing protective gear and mask work along the portside of the Grand Princess cruise ship at the Port of Oakland in Oakland, California, USA, 10 March 2020. At least 21 people onboard the ship tested positive for coronavirus. According to reports, up to 1,500 passengers will be allowed to disembarked today. Passengers who are citizens of the USA will be transported to military facilities across the US - including Travis Air Force Base in Fairfield, California and Dobbins Air Force Base in Marietta, Georgia - where they will stay in quarentine for 14 days. International passengers will be repatriated to their home countries. The cruise ship is linked to California's first death from the disease COVID-19, which is caused by the most recently discovered coronavirus.(Photo: EPA-EFE/JOHN G. MABANGLO)

What does it feel like when the passengers leave the (not sinking) ‘ship’ and the crew members have to stay and be quarantined on board?

Brian’s world just got a whole lot smaller. Tomorrow (Saturday, 21 March) marks the start of a 14-day quarantine period aboard a luxury cruise liner off the Western seaboard of the United States.

The crew are restricted to their cabins – but the more luxurious passenger cabins, which have balconies.  Passengers have already disembarked.

Brian is a nurse, and is one of many South Africans who are currently on the high seas, uncertain how they are going to find a way home, all thanks to the Coronavirus pandemic.

South Africa on Wednesday joined other countries around the world and issued a ban on leisure cruise ships from entering its ports. Many of these ships are still out at sea, struggling to find a port to call at. For many, work experiences turned into uncertainty and holidays into nightmares.

“Other governments have arranged for their citizens to be  flown out on chartered flights i.e India, Philippines, Canada, Indonesia. We’re still waiting for the SA embassy to ask if we’re OK,” says Brian, who didn’t want to use his real name, as he is not authorised to speak to the media.

Back in South Africa, Robyn Terbrugge has for the last couple of days been trying to get her parents off the Italian cruise ship Costa Luminosa.

The cruise holiday was to celebrate her father’s 70th birthday and for a month their itinerary was to include sailing through the Caribbean and then across the Atlantic on to the Mediterranean.

What passengers were not told about was the Coronavirus outbreak onboard ship. On February 29, an Italian man was taken off the ship at the Cayman islands. He would later die, and become the island’s first recorded Corona-19 death. In Puerto Rico an Italian woman and her husband disembarked complaining of breathing problems, She would later test positive for the virus. Still the cruise liner sailed on, across the Atlantic into the Mediterranean.

It was only on Sunday that passengers were informed of the Coronavirus outbreak on the ship.

“The first the passengers were told about it was on Sunday when they were put into strict quarantine in the cabins. And literally from Sunday, they’d been fed like rats in a cage,” explains Terbrugge, adding that they were also cut from the internet and the media.

The Costa Luminosa attempted to dock in Spain but was turned away, because the country had gone into lockdown because of the pandemic.

Eventually the ship was given permission to sail to Marseilles, France.

“I’ve been working with Americans and Australians, all of whose governments have chartered flights for their citizens. Our biggest fear up until now was what if the French said no, how do we get our South Africans home,” says Terbrugge who added that she didn’t receive any help from the South African government.

From Marseilles, Terbrugge’s parents are expected to fly to Paris, then on to South Africa.

“Looks like they coming home so we will be popping champagne corks,” says Terbrugge.

In Chile another South African is trying to get home. Capetonian Brian Kirsch is on board the Celebrity Eclipse. Like so many other ships, this vessel is in search of a port. The ship was allowed to anchor off Valparaiso, in Chile.

“Authorities won’t let us dock and all supplies and fuel had to brought out by barge and it’s taking forever but we hope to get going later today (Thursday)… What is more important is how we are going to get home!

The Department of International Relations and Cooperation, (Dirco) said that they are monitoring the situation where South Africans are stuck overseas. They are doing this through their various embassies.

“We have set up a command centre here in Pretoria that liaises with the various embassies,” says Lunga Ngqengelele, the spokesman for Dirco.

“The problem is a lot of South Africans don’t inform us when they leave the country. So appeal to them to take some time, go to their embassy or mission and register their names.”

Back on the Eastern seaboard of the United States Brian is actually looking forward to his fortnight of quarantine:

“It was really busy when the news of the virus came through and subsequent positive testing of crew and passengers, so treating these 14 days as a time of R&R,” he says.

Brian says he will (for 14 days) play PlayStation, watch TV, listen to music and enjoy free wifi. After that he will be figuring out how to get home. DM